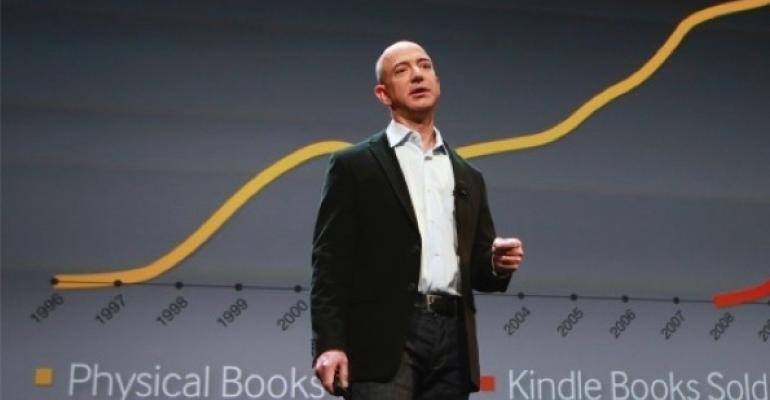 Amazon.com Inc. is testing a new service that will make it easier for businesses to run artificial intelligence software on computers rented from the company, people familiar with the situation said, stepping up competition with &nbsp;Alphabet Inc. unit Google, Microsoft Corp. and International Business Machines Corp.

Amazon.com Inc. is testing a new service that will make it easier for businesses to run artificial intelligence software on computers rented from the company, people familiar with the situation said, stepping up competition with  Alphabet Inc. unit Google, Microsoft Corp. and International Business Machines Corp.

Amazon Web Services, the company’s cloud business, rolled out a limited offering in this area last year. The new service will let businesses run a wider range of AI software on Amazon’s computers, leading to more powerful applications capable of tasks like pattern recognition and speech transcription. Some customers are testing it, according to the people, who asked not to be identified because the offering hasn’t been announced yet.

This is a rare example of Amazon chasing rather than leading in public cloud computing, the business of renting out computer power, storage and related services over the internet. In March, Google released a wide range of cloud services centered around a type of AI known as machine learning, which the internet giant has used internally for years. IBM, Microsoft and startups including Clarifai Inc. and MetaMind Inc. have built similar services. MetaMind was acquired by Salesforce.com Inc. in April.

An Amazon spokeswoman said the company is working on other machine learning capabilities for cloud customers.

Google, Amazon, Microsoft and others have begun to release special programming software known as frameworks that let developers create and control neural networks -- a powerful and increasingly popular form of AI which helps computers study data with the same kind of intuition as people.

Amazon’s new service will let businesses run different frameworks on its computers, including those created by rivals such as Google, which introduced one called TensorFlow last year, according to the people familiar with the situation.

The service will use a new type of rentable computer from Amazon that has eight graphical processing units from Nvidia Corp., up from four available on Amazon computers today, the people said. GPUs are a common type of semiconductor widely used to run AI programs. The more GPUs, the faster Amazon’s computers can run AI software and crunch related data.

It’s unlikely to end with eight GPUs in one computer, though. Last year, an Amazon researcher showed how the company could run this kind of AI work on as many as 80 computers as the same time.