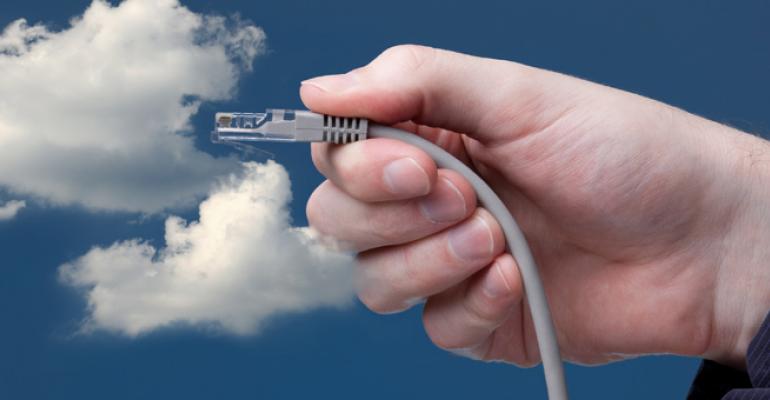 VMware's top executives recently caught flak for making some dumb statements about Amazon when speaking about the state of competition for cloud customers. Although I think it would be easy for me to point out where VMware went wrong, I actually think a better case for today's commentary is to concentrate on how Amazon -- a company that "sells books" to paraphrase VMware -- has been so successful in the cloud services arena.

As I write this, I'm in the process of uploading a 5GB file to Amazon's Glacier cloud storage services. I've been lugging this file around with me for years now -- too afraid that I might need it even though I haven't touched it in over two years. So rather than having it clog up local drives, I'm uploading it to Amazon where I'll pay a measly $.05 per month to store it until I actually end up needing it or can finally get rid of it.

When I'm done writing this article, I'm going to do some performance tuning on a couple of SQL Server instances that one of my clients is running on multiple EC2 instances with provisioned I/O in a couple of different redundant Amazon data centers. Later tonight I'll probably watch some TV after work. This means that I'll probably watch something on Netflix that uses Amazon S3 for storage or Amazon Prime. I'll also spend some time reading a Kindle book or listening to some music on Spotify at some point in the day.

Personally, I think a significant driver behind why so many businesses, services, and consumers use Amazon services is a question of stability. Barring the occasional and increasingly well-publicized failure or outage, Amazon's services are, by and large, very reliable. But I'd also argue that stability is a given when it comes to any cloud service in the sense that no one's going to be happy using something that isn't reliable. As such, I'd argue that one of the best things that Amazon has going for it is their pricing structure.

To me, what's absurd about VMware mentioning that they don't see how they "cannot collectively beat a company that sells books" is that Amazon's prowess for selling books is largely responsible for much of their success in the cloud services arena. For over a decade, Amazon has managed to successfully wage a war on booksellers across the planet by slowly driving down costs and gradually dragging customers to their own site and away from the competition. All the while Amazon has been doing this, they have been doing it on lower and lower margins. Despite low margins, they have managed to capitalize on market share or as the old adage goes: "They'd rather make two quick nickels then take all day making a quarter."

Consequently, it shouldn't take a rocket scientist to see that when it comes to offering cloud services, Amazon's going to take the same rough approach to trying to highly commoditize the market, drive down costs, and grab the largest market segment as they possibly can. As a consumer, as much as I might theoretically worry about Amazon potentially commoditizing certain things to the point of monopoly or causing long-term problems, I'm also always quite happy when Amazon turns around and offers new pricing discounts and reductions. As a developer, I'm quite fond of how easy Amazon's cloud services are to use. Documentation is decent and if you need premium support for the rare problem, then you can simply pony up a few bucks for a better support contract on a pro-rated basis until your problem is solved. In that sense, Amazon's hitting a perfect trifecta: reliable, easy-to-use, and consistently cheaper-to-use pricing. What's not to love as a consumer or developer?

Although I absolutely love VMware's solutions and products where I've shelled out more or less annual subscription fees to continuously upgrade VMware Workstation over the years, their business model couldn't be more different compared to Amazon. Whereas Amazon has made a successful business out of being able to work with decreasing margins, VMware's cheapest products such as VMware Workstation start around $150 per license, and their enterprise-caliber virtualization solutions can easily range into the tens or hundreds of thousands of dollars. Yet, other than their poorly received and now repudiated attempt to try and squeeze customers for licensing based on RAM utilization, few customers really complain about VMware licensing costs simply because their solutions are, by and large, excellent. It's just that VMware's traditional sales model simply couldn't be more different from what most people (especially developers) are looking for from cloud-based services. In fact, I can think of no better example of that last argument than VMware's own web page for cloud services and hosting as it doesn't list a single detail about pricing. Instead, the site makes me think that I'll have to go play golf and get an enterprise-level agreement signed before I can get pricing information from them. It's no wonder that Amazon is eating them for lunch in the cloud services arena.