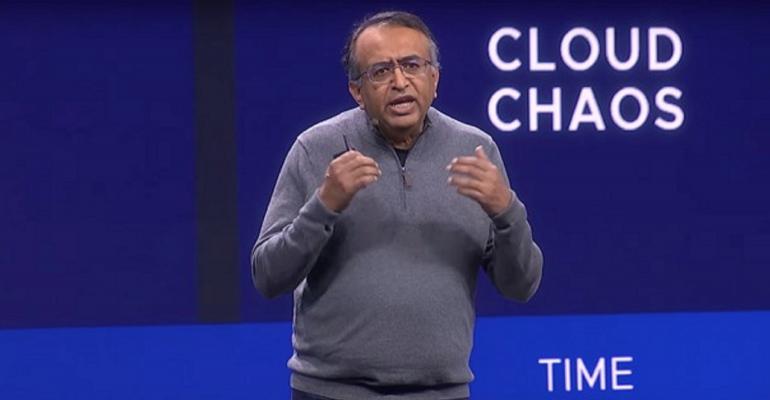 VMware is rethinking how it does cloud management with its new Aria platform announced at the VMware Explore conference.

VMware is looking to advance its cloud capabilities with a series of new services announced at the company's VMware Explore conference that ran from Aug. 29 to Sept. 1.

VMware Explore is the rebranded name for what had been formerly known as VMworld. At the event, VMware announced its new vSphere 8 virtualization platform, which provides more performance as well as new cloud integration. VMware also announced a series of in-development initiatives to improve networking and security, including Project Northstar for multicloud networking and security.

The biggest news though was the announcement of the VMware Aria platform, a new multicloud management system designed to help organizations become cloud-smart to avoid what VMware is referring to as "cloud chaos."

VMware Explore Explores the Need to Be Cloud-Smart

In the opening keynote for VMware Explore, VMware CEO Rangarajan Raghuram (pictured) spent most of his time discussing the cloud.

While growth in the cloud has been phenomenal in recent years, it still only accounts for approximately 10% of the overall spending in IT today, Raghuram said. Among the reasons why cloud isn't growing as fast as it potentially could is the fact that it is still complex to manage. That complexity is the result of multicloud deployment, cost, security, and governance issues.

It's a situation that Raghuram referred to as cloud chaos. The better approach, he said, is being cloud-smart, which he defined as taking an architected and planned approach to digital transformation and multicloud.

The core principles of being cloud-smart involve deploying the right cloud for the right application based on cost, technical, data, and governance factors. Being cloud-smart also means having a unified developer experience where there is a common operations model, regardless of where the workload actually runs.

For VMware, cloud-smart isn't just an idea, it's also a technology direction that is being borne out with the company's new Aria platform.

In a media briefing, Purnima Padmanabhan, senior vice president and GM of cloud management at VMware, provided details on Aria. The platform will eventually replace other existing VMware cloud management and visibility platforms, including CloudHealth, vRealize, and Tanzu Observability.

"VMware Aria is a management solution that is built for cloud-native and public cloud environments and integrated to align to customer outcomes, such as cost performance, security, config, and delivery automation," she said.

Padmanabhan said that the foundation of the cloud management technology is Aria Graph. She explained that Aria Graph is a data store for multicloud that manages the relationships of millions of objects and is able to report on changes as they happen.

Among the services that sit on top of Aria Graph is a capability called Aria Migration that allows users to discover what is running in a cloud environment to help organizations understand application usage. The Aria Cost service provides visibility and tracking for cloud consumption pricing and costs, while the Aria Operations service provides observability into running cloud applications.

Rounding out the set of services is Aria Guardrails, which provides policies and best practices, enabling organizations to rapidly set up and deploy new cloud environments.