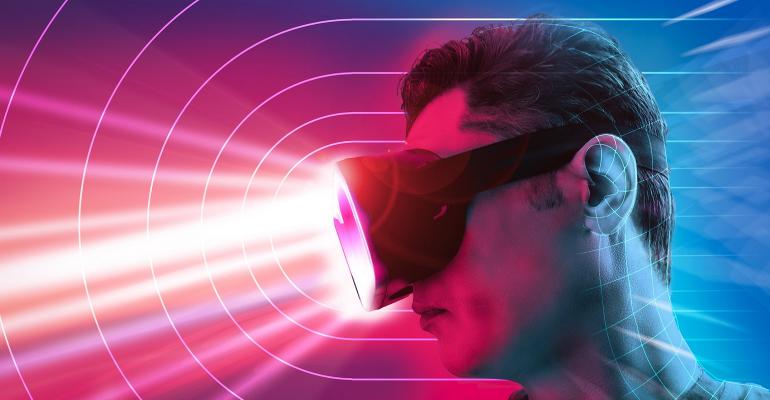 SXSW 2022: Dell Founder Michael Dell Not Yet Sold on Metaverse

He is more excited about prospects for decentralized Web 3.0.

Dell founder and CEO Michael Dell is not quite convinced the metaverse is ready for prime time.

During a fireside chat at the SXSW conference in Austin, Texas, he was asked whether the metaverse was “overhyped,” by interviewer Jim Breyer, CEO of VC firm Breyer Capital.

“The first day you get (your VR headset), that’s pretty cool. The second day … it goes in the drawer,” Dell said.

He then asked people in the audience how many are “persistent” VR users. A scattering of hands went up. “A couple,” Dell observed.

He acknowledged that the potential for AR/VR could be “enormous, as you get more computational power and better graphics” and “images become photo-realistic” such that people start to see virtual objects as real things. He also pointed to B2B uses for AR.

But having to use a VR/AR device remains a big hurdle to consumer adoption. “I, for one, don’t want to walk around all day long with a headset on,” Dell said.

Dell, a PC pioneer who started Dell Technologies in 1984 in his dorm room in Austin, Texas, was more excited about Web 3.0., the next iteration of the world wide web that focuses on decentralization, AI and machine learning.

“Web 3.0 I don’t think it’s overhyped,” Dell said. “Certainly, there could be some instances of overhyping, but I think the distributed future is real. .. I think we’re going to be in for a much more decentralized future in many, many domains.

Decentralization translates to an internet that is distributed instead of largely concentrated among mega-platforms that wield outsized control over data and content flow. The blockchain, with its premise as a ‘trustless’ system, is a main pillar of Web 3.0.

The age of AI

Dell said technology is built in layers. For example, in the 1970s was the start of the semiconductors. “You can do a few things, but it wasn’t like it is now,” he said. Then came a period of building processors and systems, and then storage and databases. More programming languages came about as well as more applications.

Now, it is the age of AI. “The opportunity for pretty much everything in the world to be upended by AI is quite significant” in a positive way, Dell said.

With 5G networks enabling faster connectivity and higher capacities, and with 6G coming, the physical world is becoming intelligent. With this data explosion, “humans can’t make sense of that,” Dell said. “It’s got to be AI, machine learning.”

Among sectors facing the most disruption are health care and education. The two are “ripe for innovation,” Dell said, and the next 10 years will see “a decade of tremendous progress.”

Breyer said the CEO of a major medical center told him 5% of health care professionals are in computational health science that fuses health care and technology. A decade from now it will b 35% to 40%, Breyer predicted.

The use of AI and quantum computing in health care is leading to “remarkable” results for activities such as drug discovery and molecular simulation, Breyer added.