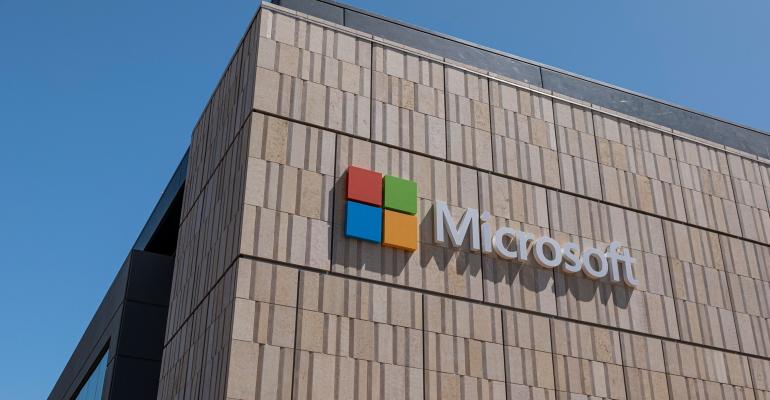 The draft bill would require agencies to move toward buying unlimited software licenses, rather than ones for a specific number of employees.

(Bloomberg) -- The top Democratic senator responsible for government oversight is drafting legislation that would overhaul how the federal government buys software, a move that could force Microsoft Corp., Oracle Corp. and other technology companies to remove limits on how their products interact with those made by rivals.

The draft bill, a copy of which was obtained by Bloomberg, would require agencies to move toward buying unlimited software licenses, rather than ones for a specific number of employees. Known as “enterprise licenses,” these contracts can save money by eliminating added costs when software is overused.

The legislation, written by Senator Gary Peters, the Michigan Democrat who chairs the Senate Homeland Security and Government Affairs Committee, would mandate government buyers to review all of their software, including any rules that limit how it can be used on computers, servers or cloud providers.

The draft legislation is still being finalized, according to a Peters aide, and is subject to change. His office didn’t comment on when the measure will be introduced. But the senator’s sponsorship boosts the likelihood that the bill will pass, given his role at the helm of the key committee.

While the bill doesn’t identify any of the software makers by name, if passed into law it would affect how companies like Microsoft and Oracle sell their products to the federal government.

Microsoft has come under fire from customers and rival cloud sellers like Amazon Web Services and Alphabet Inc.’s Google Cloud Platform for licensing rules that make it harder, more expensive or in some cases impossible to run products like Windows and Office in rival clouds, even if customers have already purchased licenses to use these programs.

The Peters bill would build on that law, which his office said has saved the federal government $450 million since it was enacted. In addition to requiring that each agency move to unlimited software licenses where possible, the legislation also proposes the administration make plans to adopt government-wide licenses for popular software as a move to further reduce costs and use its purchasing power to promote interoperability -- the seamless transfer of data and information between systems.

The bill also asks agencies to identify limitations in software licenses on how programs can be used and to come up with ways to minimize such restrictions.

The federal government budgeted about $92.2 billion for information technology spending in fiscal 2021. Each of the federal government’s 24 agencies contracts on its own, buying thousands of software licenses each year, according to the Government Accountability Office.

Last month, Microsoft detailed some changes in its licensing policies to make it easier to run existing programs in clouds maintained by smaller providers, but the company hasn’t addressed license strictures related to the software maker’s joint customers with Google, Amazon.com Inc. and China’s Alibaba. Amazon said in a statement last month that the new changes, the exact language of which hasn’t yet been released, add new limits that impact them and their partners.

A lack of software interoperability has also hampered some government projects such as the effort to connect the Defense Department’s electronic medical records system to the one operated by Veterans Affairs. The VA signed a $10 billion contract in 2018 to move from its own proprietary electronic health records system to one developed by Cerner Corp., which was recently acquired by Oracle.