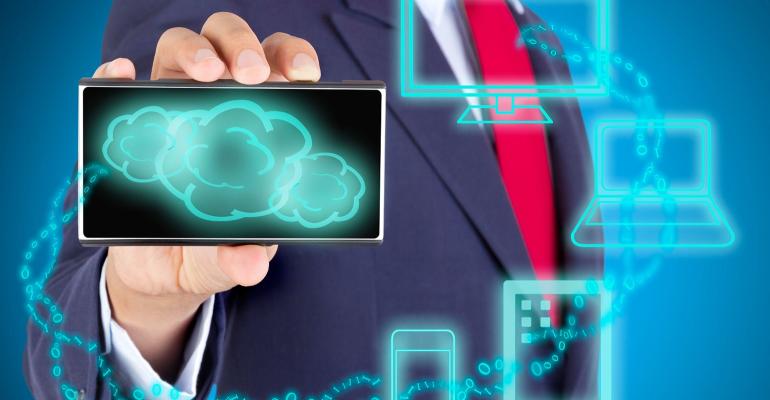 Looking Back at Top Cloud Computing Trends in 2022

2022 marked another solid year of cloud expansion, as evidenced by the year's top cloud computing trends.

As organizations continue to deal with the ongoing impact of the COVID-19 pandemic, including the shift to remote work, as well as supply chain disruptions, the cloud has been a catalyst that has helped support continued digital transformation efforts. The biggest fear for many throughout 2022 was the rising risks of inflation and a possible economic slowdown with a future recession.

Time and again throughout 2022, cloud vendors were keen to emphasize how their cloud technologies and services can help insulate users against inflationary risks because of their consumption-based model for services.

A primary metric for gauging the cloud market is from the publicly reported revenues and comments by the Big 3 public cloud providers — Amazon Web Services (AWS), Google Cloud Platform (GCP), and Microsoft Azure.

For the Big 3 public cloud providers, the year started off strong as the vendors continued to build on the momentum they experienced during 2021. Throughout the year, AWS dominated, with both Google and Microsoft also showing strong gains.

In April, Microsoft reported that a key driver for its growth was winning large deals.

"The number of $100 million-plus Azure deals more than doubled year over year, and we are seeing consumption growth across every industry, customer segment, and geography," Microsoft CEO Satya Nadella said during his company's earnings call.

By midyear, inflation concerns were top of mind for every public cloud operator.

"As the cloud market continues to surge, the biggest story in Q2 was all about macroeconomics rather than actual cloud usage," John Dinsdale, a chief analyst at Synergy Research Group, wrote in a statement.

By the end of October, top executives at the public cloud vendors were doubling down on the message that cloud computing can act as an inflation hedge, enabling organizations to optimize costs based on consumption.

Looking Beyond the Big 3: The Rise of the Alternative Cloud

While AWS, Microsoft, and Google remained the top cloud vendors by revenue, there was plenty of other activity in the public cloud in 2022.

Vendors beyond the Big 3 have been commonly referred to as "alternative cloud" providers. The biggest alternative cloud news in 2022 was the entrance of cloud delivery network (CDN) provider Akamai into the space via the $900 million acquisition of cloud provider Linode.

DigitalOcean, which is another fast growing alternative cloud provider, also had a busy 2022. In August, DigitalOcean acquired web hosting provider Cloudways for $350 million, expanding its portfolio of services.

What also became abundantly clear in 2022 is that organizations are increasingly using services from multiple cloud vendors.

The multicloud trend was extended in a new direction in 2022 by Oracle, which refers to its approach as the distributed cloud. The basic idea is that users of different cloud platforms use services across multiple providers. For example, Microsoft users can directly access Oracle Cloud Infrastructure (OCI) to run database workloads. VMware was also particularly active in the multicloud space in 2022, launching a suite of capabilities to help enable multicloud management.

Multiple research reports released in 2022 confirmed the pervasiveness of multicloud operations. The Cisco 2022 Global Hybrid Cloud Trends report, for example, identified broad adoption of hybrid and multicloud. According to the Cisco report, 47% of organizations use two or three public cloud providers. A Forrester Research analysis released in July found even higher usage of multicloud, reporting that 75% of organizations are using multiple cloud providers.

Another cloud computing trend in 2022 was the evolution of open source cloud infrastructure technologies.

The Apache CloudStack platform released its 4.17 update in June, providing users including the government of India with more capabilities to manage their own cloud services.

The Open Infrastructure Foundation was also busy in 2022, with two releases of the OpenStack cloud platform. The OpenStack Yoga release in March helped advance the platform's Linux OpenStack Kubernetes Infrastructure (LOKI) efforts. And OpenStack Zed, which was released in October, introduced new dashboard and security improvements.

Overall, 2022 was another busy year in the cloud as public cloud, alternative cloud and multicloud adoption continued to move forward. The pace of innovation and adoption also showed no signs of any slowdown as organizations continue to embrace the cloud even in the face of economic uncertainty.