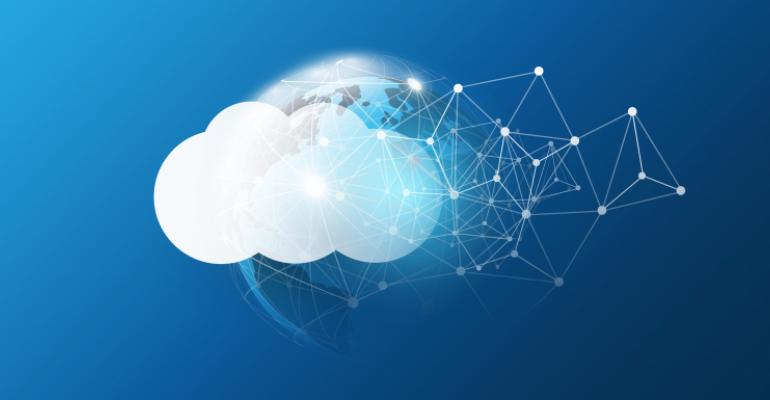 Looking Back at the Top Cloud Computing Trends in 2021

One thing 2021 has shown us is the cloud market is much more than just the ‘Big 3’ cloud providers. Here is a look at the year’s top cloud computing trends.

2021 was another strong year for the cloud computing industry – not just for the big three public cloud providers, but also for a number of other players looking to take advantage of the growing demand for the cloud.

It’s not surprising that the COVID-19 pandemic contributed to the cloud computing trends in 2021. As the pandemic continues to affect organizations of all sizes, the cloud has been helping them transition to remote work and move forward with their digital transformation plans. With this growth in cloud usage came an expansion of new capabilities from different providers, to help organizations with their digital transformation and to ease migration to the cloud.

The big three public cloud providers – Amazon Web Services (AWS), Google Cloud Platform (GCP) and Microsoft Azure – all boasted significant revenue growth in 2021, thanks to the growing demand for cloud services. In February, cloud spend was already up by 35% year-over-year, according to an analysis by Synergy Research Group. That trend continued into May, when the big three once again reported double-digit cloud revenue gains.

One of the main drivers of growth during the pandemic was the fact that organizations no longer wanted to manage their own technology infrastructure, said Amazon CFO Brian Olsavsky during his company’s first-quarter fiscal 2021 earnings call.

The big three cloud providers ended 2021 the way they began it, with strong revenue growth that was driven by demand. And Microsoft CEO Satya Nadella expects cloud growth to continue, explaining why during his company's third-quarter fiscal 2021 earnings call: "Digital technology is a deflationary force in an inflationary economy."

While 2021 was a big year for cloud computing’s market leader, AWS, in terms of revenue, the company also had a change in leadership.

Since AWS' creation in the early 2000s, Andy Jassy had led the Amazon cloud business unit, but that changed in 2021. Jassy took the reins of all of Amazon, with former Tableau CEO Adam Selipsky taking over as CEO of AWS on May 17. During his short tenure as AWS CEO, Selipsky has not introduced any dramatic changes in the way that AWS operates and has largely stayed on the same course that was set by Jassy.

It wasn’t until Nov. 30 that Selipsky's first truly big public moment occurred, when he delivered the keynote at the AWS re:Invent 2021 conference. At the conference, AWS announced a series of new technologies, including a Private 5G, Cloud-WAN and new processor services.

AWS may have new leadership, but it’s clear that it is not taking a new direction, rather continuing on the same path of aggressive pricing and a constant stream of new service introductions.

While AWS, Azure and Google Cloud dominate the cloud industry by revenue and market share, 2021 reminded us that there are other players that are more than capable of meeting user demands.

Among the alternative cloud providers that had a big year in 2021 was DigitalOcean, which had its initial public offering on March 24, listing on the New York Stock Exchange (NYSE) with the symbol DOCN. DigitalOcean’s focus on enabling developers has brought the company success in 2021.

Enterprise stalwarts IBM and Oracle also made significant cloud moves in 2021. IBM opened a series of new cloud computing regions in 2021, with publicly announced plans to expand even more into 2022. IBM is focusing on its enterprise customers and is seeking to differentiate its cloud services with quantum computing capabilities.

Not to be outdone, Oracle has also been aggressive with its cloud strategy this year as it grows its Oracle Cloud Infrastructure (OCI) platform. Oracle founder Larry Ellison has been pushing his company's cloud migration services and cost benefits as it seeks to take share from AWS.

There has also been greater demand for open-source cloud technologies, including OpenStack and Apache CloudStack. The OpenStack open-source cloud platform reported growth in usage over the course of 2021, and rolled out two major releases –OpenStack Wallaby in May and OpenStack Xena in October.

Apache CloudStack also advanced in 2021, with the CloudStack 4.15 update in January and CloudStack 4.16 in November. One major improvement to CloudStack in 2021 was an enhanced visual interface to manage, monitor and configure cloud deployments.

We can't talk about 2021 cloud computing trends without mentioning multicloud. It was another big year for multicloud, thanks not only to the continued demand for cloud services but also the number of strong options users have. The advantage of using multicloud when there are multiple strong options available is that an organization can run workloads across multiple clouds, instead of choosing just one cloud for all of its needs.

What 2021 proved was that organizations are continuing and will continue to turn to the cloud and there is no shortage of options, technologies and vendors from which IT pros can choose.

What other 2021 cloud computing trends did you notice? Sound off in the comments below.