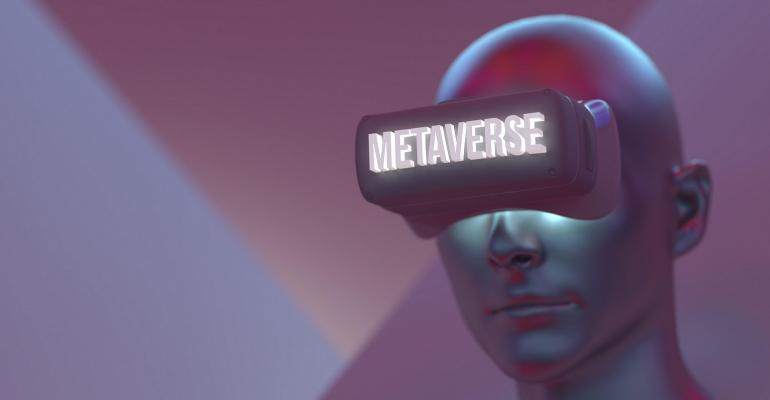 Humans as a Service? How the Metaverse Turns People into Cloud Resources

Just as cloud computing delivers resources "as a service," the metaverse delivers humans as a service, making people available on-demand in a virtual world.

Although definitions of the metaverse are still being hashed out, most center on the idea that the metaverse is a virtual 3D world where people can interact. In other words, the metaverse is what you get when you fuse social media with virtual reality.

But here's another way of thinking about what the metaverse means: It's what happens when you combine cloud computing architectures with human beings. In other words, what the metaverse proposes to do is instrument humans as a service by deploying humans as virtualized services, just like the cloud has done to servers and software.

Here's what this means, and why looking at the metaverse from this angle is important.

From IaaS to HaaS

First, let me explain what I mean by terms like humans as a service, or HaaS, and how they relate to cloud computing.

Viewed from one perspective, the metaverse does exactly the same thing to people: It makes them available as a hosted, fully managed service that anyone can consume via the internet.

More specifically, consider how the metaverse is similar to cloud computing in these respects:

The list could go on, but I hope the point is clear: The metaverse promises to transform humans and human relationships into abstract, scalable resources that can be consumed on demand with no strings attached.

Is the Metaverse Good or Bad?

Viewing the metaverse as the application of cloud computing architectures to human relationships is useful because it provides new perspective on both the positive and negative potentials of the metaverse.

On a positive front, the "cloudification" of humans promises to make it easier to interact with other people. Just as cloud computing brought world-class infrastructure within reach of businesses that might not otherwise be able to access it, a humans-as-a-service metaverse would extend access to human communities for people who would otherwise not engage with them due to geographic, political, cultural, or other barriers.

On the other hand, expect folks to criticize the metaverse for cheapening human relationships by, for example, placing constraints around how humans can interact, and how humans can represent themselves within virtual worlds. Such criticisms would not be unlike complaints that cloud computing limits the control that organizations have over their computing infrastructure — that you typically can't access the bare-metal hardware, for instance, or control how SaaS applications manage your data.

Such worries about the metaverse could eventually push some early adopters of virtual communities to retreat from virtual communities back into the "real world." If that happens, it would be sort of like the cloud repatriation trend, which involves businesses migrating workloads from the cloud back on-premises.

Conclusion: The Ultimate Convergence Between Cloud and People

To compare the metaverse to cloud computing is not to draw a mere analogy. In many cases, actual cloud infrastructure will be responsible for hosting metaverse communities, so there's already a clear technical link between metaverse and cloud.

I think, however, that it's valuable also to recognize the clear conceptual and cultural links between the metaverse and cloud computing. Ultimately, the metaverse stands to do to human beings what the cloud has done to servers and software: Make us available as an on-demand, scalable service.

If you thought the cloud computing revolution was over — that IaaS and SaaS were as far as cloud computing would evolve — just wait. The emerging metaverse suggests that there is a whole new chapter playing out in the cloud industry, and its focus is not on servers or code. It's on us.