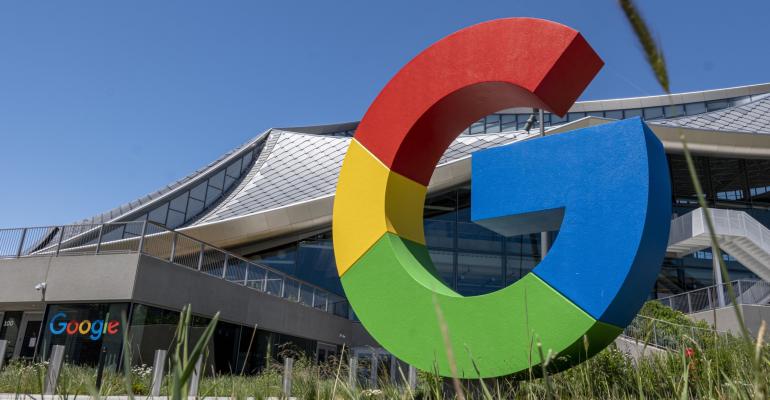 Several current and former workers have called for the Alphabet-owned company to end Project Nimbus, a $1.2 billion contract through which Google and Amazon provide the Israeli government and military with AI and cloud services.

(Bloomberg) -- Google employees are ratcheting up pressure on the internet-search giant to abandon its artificial intelligence work with the Israeli government, planning public demonstrations to draw greater attention to the controversial cloud-computing contract.

A handful of current and former workers spoke on Wednesday alongside Palestinian rights activists in San Francisco to call for the Alphabet Inc.-owned company to end Project Nimbus, a $1.2 billion contract through which Google and Amazon.com Inc. provide the Israeli government and military with AI and cloud services. The seven-year contract went into effect in July 2021. A petition protesting the agreement has received 800 signatures from Google employees, according to one of the organizers.

“Google claims that cloud technology is neutral, but technology is powerful, and giving that power to an army that kills without consequences is not a neutral act,” Schubiner said. “Given the history of apartheid and violence enacted by Israel, I am horrified by the prospect of what my work as an AI researcher for this company could enable.”

Additional demonstrations are planned on Sept. 8 in New York, the San Francisco Bay Area and Seattle, according to a statement from the Alphabet Workers Union, which represents some of the employees involved.

Google hasn’t provided specific details of the cloud services it has committed to providing Israel through Project Nimbus, but training materials reviewed by The Intercept showed that the company had touted the capabilities of its image analysis tools to detect faces, facial landmarks and emotions, and to track objects in videos.

“We are proud that Google Cloud has been selected by the Israeli government to provide public cloud services to help digitally transform the country,” said Shannon Newberry, a Google spokesperson. “The project includes making Google Cloud Platform available to government agencies for everyday workloads such as finance, health care, transportation and education, but it is not directed to highly sensitive or classified workloads.”

But 15 Google employees who posted testimonials online said the company’s unwillingness to listen to their protestations of opaque military contracts with state actors was disappointing. “We need to ask ourselves: Do we want to give the nationalist armies of the world our technology?” Schubiner said earlier.

The public demonstrations follow the resignation on Tuesday of Ariel Koren, a Google staffer who had publicly criticized Google’s work with the Israeli government. Koren said the company relocated her role overseas shortly after she went public with her objections, effectively forcing her to resign.

More & more workers are speaking out. Workers are fed up w/Google's aggressive pursuit of military contracts and pattern of unlawful retaliation. We are fighting back & we have each other's backs❤️ Workers & civil society won't stop until Google does the right thing: @DropNimbus

“Unfortunately, right now we are at a place where the only real accountability that big tech has to the public comes from workers speaking out,” Koren said in an interview. “Google needs to affirm that workers have that right.”

Google says it prohibits retaliation against employees who speak out against wrongdoing in the workplace, and publicly shares its conduct policies. “We thoroughly investigated this employee’s claim, as we do when any concerns are raised,” said Newberry, the Google spokesperson. “Our investigation found there was no retaliation here.” She added that the National Labor Relations Board also investigated Koren’s complaint and dismissed it.

In recent years, Google has faced a wave of activism by workers challenging the company’s treatment of contract workers, handling of sexual harassment claims and work with governments, among other issues. In 2019, Google fired five employees who had been involved in organizing at the company, and the NLRB ruled that two of those firings were illegal, while others had faced unlawful surveillance and retaliation.

The backlash to Google’s involvement in Project Nimbus has stretched beyond its employee base. Earlier this year, Alphabet shareholders proposed that the company’s board issue a report reassessing its role in the Israeli contract. In June, the proposal was overwhelmingly voted down, in line with the Alphabet board’s recommendation to oppose it.