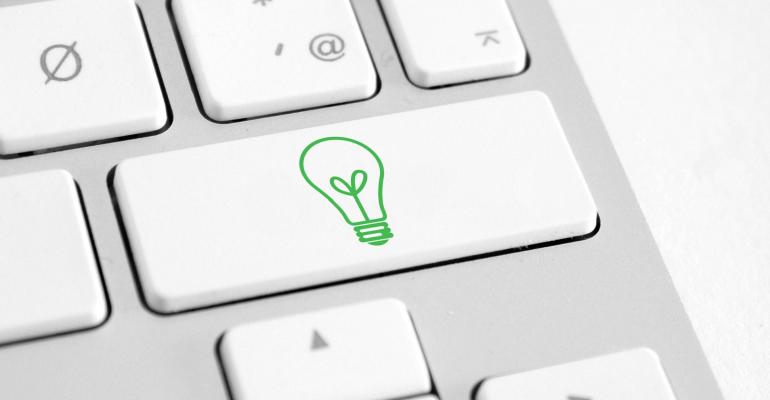 The path to IT sustainability goes through the cloud according to Google, which outlined efforts to help organizations identify and minimize environmental impact.

Sustainability is an existential imperative for humanity as people around the world seek to mitigate the impact of climate change.

At the inaugural Google Cloud Sustainability Summit on June 28, Google executives, partners, and customers outlined efforts to reduce energy usage and the impact of IT and business on the environment.

Related: Will the Metaverse Help or Hinder Sustainability?

"We all feel the urgency to address climate change, but so often determining the most impactful steps holds people and organizations back from taking action," Google Cloud CEO Thomas Kurian said during his opening keynote at the summit.

As he meets with organizations around the world, Kurian said it's clear that sustainability is a top business priority. Consumers, employees, investors, and policymakers are demanding that organizations prioritize sustainability and be transparent about the impact they're having on the environment, he said. 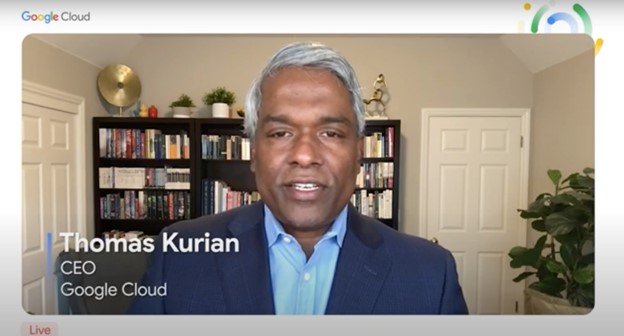 Sustainability can also potentially be a growth engine for businesses, with cloud being a central component of that growth, according to Kurian.

"We're entering a new era of business transformation driven by sustainability," he said. "Companies that embrace sustainability as a core value of their business will likely be the ones that succeed."

As part of the Sustainability Summit, Google made a series of announcements in the cloud to help organizations reduce their impact on the environment.

Kurian was followed by Kate Brandt, chief sustainability officer at Google, who announced that Google's goal is to achieve net zero emissions across all of its operations by 2030. 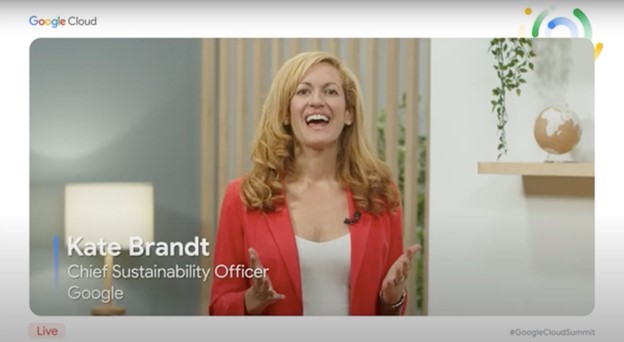 "Our hope is that every email you send, every question you ask Google Search, and every virtual machine you spin up across all of our platforms will be supplied by carbon-free energy," Brandt said.

Google has also pledged that by 2023, users of Google Workspace, which includes Gmail, will be able to track and report the gross emissions associated with the usage of those products.

Google Cloud users will also now be able to better manage their climate impact inside of the Google Cloud Carbon Sense suite, according to Brandt. The suite will now have a low carbon mode that allows administrators to easily set policies that can automatically restrict a company's cloud resources to the lowest carbon cloud region across Google Cloud infrastructure, she said.

The impact of climate change can be seen in many different ways, including satellite imagery of the planet.

To that end, Brandt announced that the Google Earth Engine is now generally available on Google Cloud. The Earth Engine provides satellite images and geospatial data sets that organizations can use to analyze the impact of climate change.

"You can apply Google Earth Engine to your most difficult climate questions using one of the world's largest planetary data sets," Brandt said.

One way satellite images can help sustainability efforts is with an approach known as spatial finance, which was detailed by Jamie Herring, CEO of Climate Engine, a Google Cloud partner focused on using satellite data to build economic resilience to planetary change.

"The climate crisis can't be resolved until we act like the economy exists within the planet that we live on," Herring said.

Climate Engine, Google, and customers such as Canadian banking firm BMO all use spatial finance to understand the changes in Earth and connect them to the economy, Herring said.

"When we talk about spatial finance, we're looking at Earth observations and understanding how the planet is changing and trying to connect those changes to the economy," he said.