/sites/all/themes/penton_subtheme_itprotoday/images/logos/footer.png
Recent
Recent
Thiel’s Palantir Boosts Hiring While Others Are Cutting Jobs
Aug 05, 2022
How to Use the PowerShell Where-Object Cmdlet
Aug 04, 2022
How to Add a New Line in a PowerShell String
Aug 02, 2022
Metaverse Jobs Are Disappearing as Hiring Slows at Google, Facebook
Jul 30, 2022
Featured
5 Best Practices for Compliance-Proofing Your Cloud Strategy
May 18, 2022
IT Sustainability in 2022: Top Stories So Far
Aug 01, 2022
How to Spot the Warning Signs of Ransomware Attacks
Apr 20, 2022
DevOps in 2022: Top Stories So Far
Jul 19, 2022
News 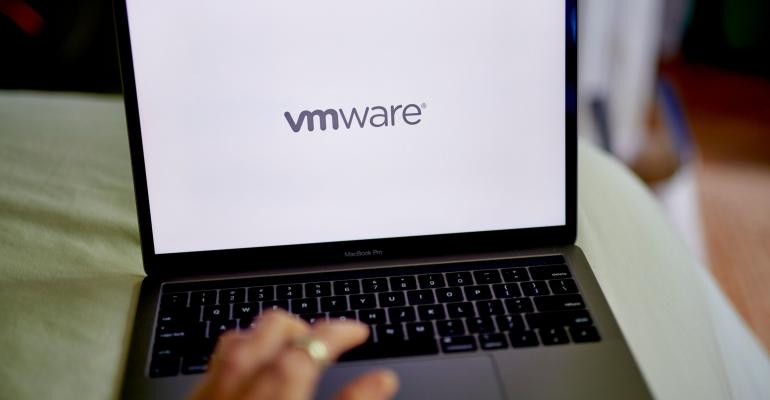 Broadcom to Buy VMware for $61 Billion in Record Tech Deal

The deal is the biggest takeover ever for a chipmaker and extends an acquisition spree for Broadcom CEO Hock Tan, who has built one of the largest and most diversified companies in the industry.

(Bloomberg) -- Broadcom Inc. agreed to buy cloud-computing company VMware Inc. for about $61 billion in one of the largest technology deals of all time, turning the chipmaker into a bigger force in software.

VMware shareholders can choose to receive either $142.50 in cash or 0.2520 shares of Broadcom stock for each VMware share, according to a statement on Thursday. The offer represents about a 44% premium to VMware’s closing price on May 20, the last trading day before Bloomberg News reported potential takeover talks.

The deal is the biggest takeover ever for a chipmaker and extends an acquisition spree for Broadcom Chief Executive Officer Hock Tan, who has built one of the largest and most diversified companies in the industry. VMware bolsters Broadcom’s software offerings -- a key part of Tan’s strategy in recent years. He acquired corporate-software maker CA Technologies in 2018 and Symantec Corp.’s enterprise security business in 2019.

Broadcom’s offer -- coming during a market downturn for tech stocks -- has the support of key VMware shareholders Michael Dell and Silver Lake, and includes a so-called go-shop provision that allows VMware to solicit competing offers.

Broadcom, one of the most valuable companies in the chip industry, sells components for everything from the iPhone to industrial equipment. But it’s seeing some of its biggest growth from data centers -- the massive server hubs that power cloud-computing services -- and bulking up on software helps it further serve that market.

The purchase adds to a run of deals for the global tech industry this year. Microsoft Corp. agreed in January to buy video game publisher Activision Blizzard Inc. for $69 billion. A consortium backed by Vista Equity Partners is acquiring software maker Citrix Systems Inc. for $13 billion, and Elon Musk announced a $44 billion buyout of Twitter Inc. in April. The largest previous deal involving a chip-maker was AMD Inc.’s $34.1 billion takeover of Xilinx Inc.

Tan had warned investors in March that he was on the hunt for deals, saying at the time that the company had the capacity for a “good size” acquisition. Bloomberg News first reported that the VMware talks were underway on May 22, and that company’s shares soared 25% the next day.

Slashing expenses has been a key part of Tan’s strategy when he buys companies. Broadcom cut the cost base at CA and the Symantec business by 60% to 70%, according to Sanford C. Bernstein.

“Building upon our proven track record of successful M&A, this transaction combines our leading semiconductor and infrastructure software businesses with an iconic pioneer and innovator in enterprise software,” said Tan in a statement.

Broadcom has received commitments from a consortium of banks for $32 billion in new, fully committed debt financing to help fund the deal, and is expected to be completed in Broadcom’s fiscal year 2023. Broadcom will also assume $8 billion of VMware net debt.

Broadcom was previously in talks to purchase SAS Institute Inc., a closely held software company valued at $15 billion to $20 billion. But those discussions ended last year without agreement.

Broadcom’s most ambitious takeover attempt ever also failed to gain traction. The company tried to buy rival chipmaker Qualcomm Inc. but had to walk away from the deal in 2018 after resistance from the Trump administration. Broadcom’s Singapore headquarters was an issue for regulators at the time, but the company has since switched its domicile to the US. It’s now based in San Jose, California, about 20 miles from VMware’s Palo Alto headquarters.

The VMware acquisition “doesn’t appear to be a deal that raises antitrust concerns,” said Bloomberg Intelligence analyst Jennifer Rie. “But with the current antitrust climate and the FTC’s mission to be more vigilant on merger reviews, this will probably get in-depth scrutiny.” While there could be some concern that the portfolio of products the combination would give Broadcom would allow it to bundle or tie products and services in an anticompetitive way, Rie said, she doesn’t think the Federal Trade Commission would go to court to try to block the deal.

VMware is a pioneering Silicon Valley company that was founded in 1998, the same year as Google. It invented virtualization software, which consolidated applications and workloads on a smaller number of server computers. The innovation made it easier for servers to handle more than one program.

Such software was valuable when businesses managed their own servers, but as companies began relying more on giant cloud providers, VMware’s role was less clear. It struggled to maintain growth and ultimately forged a partnership with Amazon.com Inc., one of the biggest providers of cloud storage and services.

Even with the challenges, VMware could become the “crown jewel of Broadcom’s software division,” according to Angelo Zino, an analyst at CFRA.

VMware has already changed hands before. In 2004, it was acquired by storage technology giant EMC Corp., which then sold a portion of its stake as part of VMware’s initial public offering three years later. The business passed to Dell Technologies Inc. when that company acquired EMC in 2016.

Software would help decrease Broadcom’s reliance on chips. But its earlier forays into that market haven’t always been cheered by investors. Tan has argued that he looks for businesses that are “franchises” -- ones that hold a strong market position and can be made more profitable without pouring in huge investments.

Chipmakers like Broadcom have enjoyed booming sales in recent years, fueled by the spread of semiconductors into more products -- as well as by the need for work-from-home technology during the pandemic. But Tan has warned that the boom times probably won’t last.

Even after giving a rosy sales forecast in March, Tan said that the semiconductor industry won’t be able to stay on its current trajectory. He expects the chip business to decelerate to historical growth rates of about 5%.

“If anyone tells you otherwise, don’t believe it, because it has never happened,” he said on a conference call at the time. Industry leaders claiming that the semiconductor industry can grow at the current rate for an extended period are “dreaming,” he said.

Broadcom is targeting mid single-digit revenue growth for VMware along with Ebitda margins of the whole business in the mid 60% range, Tan said on a call with analysts. “We see a lot of benefits in putting all these various franchises we have, hardware and software, under one umbrella,” he said.