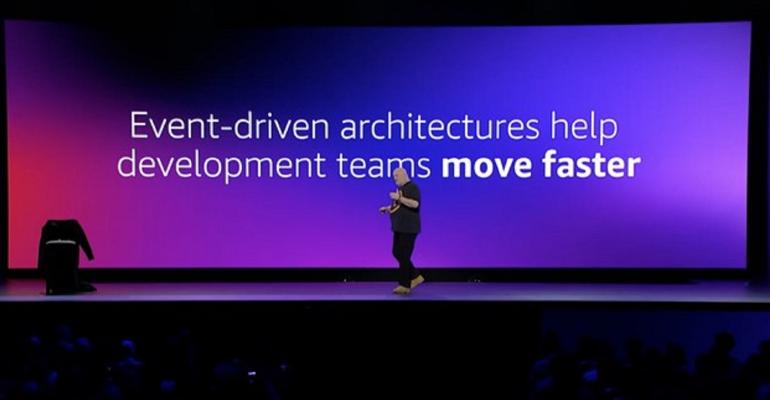 At the AWS re:Invent 2022 conference, the cloud giant doubled down on its event-driven approach to help organizations build and deliver applications at scale in the cloud.

The next generation of cloud needs to be event-driven, with an asynchronous approach to application development and delivery, according to Amazon CTO Werner Vogels.

In a keynote address on Dec. 1 at the Amazon Web Services (AWS) re:Invent 2022 conference, Vogels entertained and educated the audience with a discussion about why modern cloud computing needs to be asynchronous and event-driven. Vogels' keynote came at the end of the re:Invent 2022 conference, where the cloud giant introduced new artificial intelligence capabilities, additional computing instances, and data services, including DataZone.

During his keynote, Vogels (pictured) reviewed some of the announcements from the event and made a few new ones all on the theme of event-driven services, including AWS Step Functions Distributed Map, AWS Application Composer, Amazon EventBridge Pipes, and Amazon CodeCatalyst.

Vogels explained that a core design principle for AWS is to run a decoupled system, made up of event-driven microservices, as a way to enable iteration and new functionality.

Related: Cloud Adoption Will Fail Because of the Skills Gap

"We build systems, but we don't build the entire system in one shot," Vogels said. "We start off with the smallest system that we can make work, and then we evolve it into the eventual complex system that we had in mind."

According to Vogels, one of the patterns that is essential to enabling an agile cloud application architecture is serverless computing. With serverless, there isn't a long running server; rather, functions execute in an event-driven approach when needed. 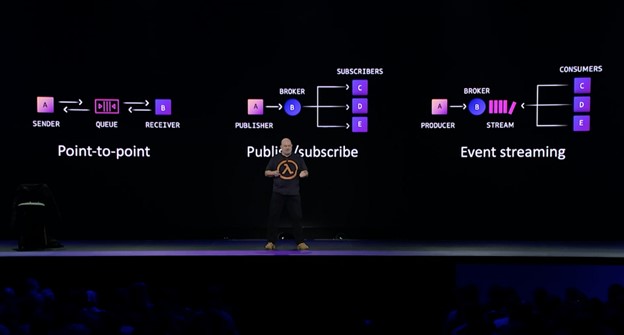 Visualizing how an application can be built in a serverless, event-driven model can be complex, however. That's where the new AWS Application Composer, which Vogels also announced during his keynote, comes into play.

Application Composer has an interface where developers can drag and drop serverless resources and then connect them to create an event-driven application, he said. The service also provides a visual model for serverless applications that can be shared, to help build new services.

Integrating different cloud services together to create a workflow sometimes requires additional tools to help get data from one source to another, which is a capability that Amazon EventBridge provides.

At AWS' re:Invent 2022, Vogels announced EventBridge Pipes, a service that aims to make it easier for smaller events coming from a target source to feed a "pipe" that connects multiple applications together.

While AWS has a lot of different services available for developers building cloud applications, Vogels said his company also realizes that developers rely on a lot of services that are not on AWS. 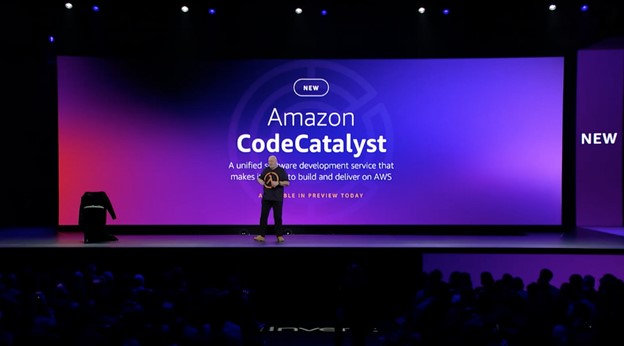 The new Amazon CodeCatalyst provides a unified software development service that integrates with any tool a developer might use. Among the services that CodeCatalyst can integrate with are Atlassian Jira for code management, the GitHub source code control repository, and Microsoft's Visual Studio developer environment, among others

CodeCatalyst enables developers to build and work from a blueprint that defines all the tools they need and use to develop an application, Vogels said.

"It's all about moving fast so that you can focus really on building the code and not spend too much time on all the issues around it," he said.