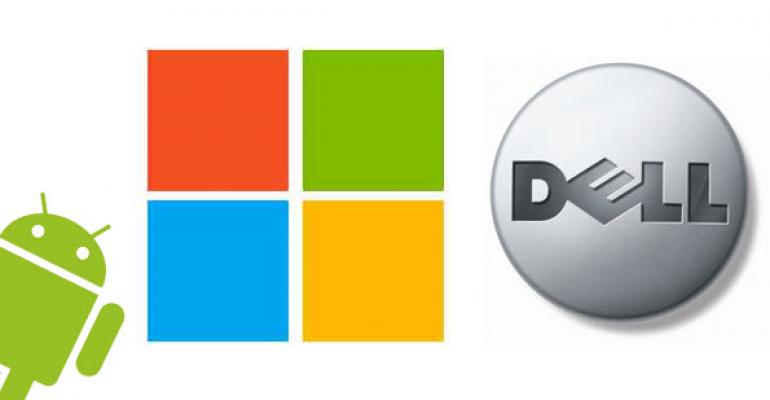 Today, Microsoft and Dell have announced a far reaching agreement that allows both companies to share intellectual property specifically related to Android, Chrome OS devices, and the Xbox gaming consoles.

The content of the agreement is particularly interesting, considering a statement in the press release by Horacio Gutierrez says:

"We have been partnering with technology manufacturers and vendors for many years to craft licensing deals, instead of litigation strategies."

Horacio is the corporate vice president and deputy general counsel of the Innovation and Intellectual Property Group at Microsoft (if his title were any longer, you'd be reading it on page 2).

This seems to indicate that Microsoft may have already been in discussion with Dell about certain Android patents the company owns and has used to collect licensing revenue from other vendors. In fact, the full press release also states that royalties for Android and Chrome platforms are part of the agreement. As part of the deal Dell gets a "consideration" for a license for Xbox gaming consoles.

Dell has yet to release its own statement, which seems to indicate this is a bigger win for Microsoft than for the Round Rock, Texas based company.