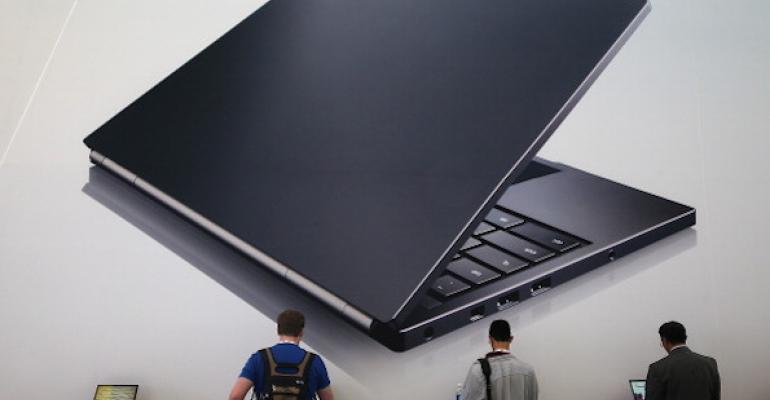 Here Are the Security Implications of Android Apps Coming to Chromebooks

One of the biggest selling points to Chromebooks is security. You just can’t really screw up a Chromebook - it’s essentially just a browser, after all.

But that’s about to change in a major way. The Google Play Store is coming to Chrome OS, and with it, more than one million applications. On the one hand, this could transform Chromebooks into something powerful enough to serve as one’s go-to computer. But there’s another consideration for users: Is Android security good enough for everyday laptop use? The short answer: Yes -- and you can thank Google's containerized approach to apps for it.

THE ROAD NOT TRAVELED

Google took a route that a lot of Chrome watchers didn’t expect. When a rumor broke earlier this year that Chrome and Android were headed for a merger, the thinking was that Google would scale up Android to PCs, the same it’s adapted it for TVs, watches, and car dashboards.

Instead it went the other way. Essentially, Android apps run in a container on Chromebooks, which allows for more flexibility and requires fewer system resources than if the solution were virtualization. The idea is that it’s supposed to “just work,” a constant theme when Google unveiled the feature during a demo at I/O. This combined the simplicity of the Chromebook with the security with Android’s bevy of available apps.

This is one of those “time will tell” scenarios, but early indications are that the implementation is surprisingly solid. Currently it only works on the Chromebook Flip, a small laptop with a touch screen. But Google promises much broader support as the Play Store works its way out of the dev channel and into the mainstream of Chrome OS.

The challenge is going to be convincing those who have been skeptical of Android that the system is safe. In fact, just the other day there was a new threat identified as Godless apps (not surprising that malware would wage war with deities.)

In the official announcement, Google was emphatic about the concept that Chromebooks wouldn’t be subject to any security concerns: “The same apps that run on phones and tablets can now run on Chromebooks without compromising their speed, simplicity or security.”

One hint comes from a pledge that Android on Chromebooks will be up-to-speed with the monthly security updates. Because Google is taking tight control over the update process, and there’s no room for OEMs to throw in bloatware and other needless customizations, the situation shouldn’t be the fragmented mess that exists with so many Android phones. That’s one of the major reasons Android is so often targeted by those with nefarious motives.

In general, using a container gives a higher level of security than virtualization, while providing access in this case for the Android apps to interact with the other parts of the operating system. But it’s no panacea - if a nasty Android bug strikes in an app, there’s still the possibility of having data be compromised. Google’s done a ton of work to de-poison the Play Store, but we could use some detailed technical explanations in the future about what this will mean for organizations that are looking to deploy Chromebooks more widely.

NO PLAY STORE FOR YOU!

Finally, there’s good news if you’re on the IT admin side of things: you don’t have to enable Google Play Store. Or, just like with Android for Work, you can choose to whitelist a specific list of apps.

Much of how this will look specifically hasn’t been flushed out yet, but it’s likely that Google will do so before the fall months. That’s when many Chromebook users will be most engaged, because they’ll be in school. The education market has warmly embraced Chromebooks because of their ease of deployment. The Play Store needs to be implemented in a way that doesn’t confuse that equation.

In all, from what I saw at I/O there’s good reason that for many, a Chromebook could be their primary computer. But that means getting the security right, because many have been driven away from Android because of the unsettled history with malware. It’s a story worth following as Chrome pushes ahead and has the possibility of being the new Windows.