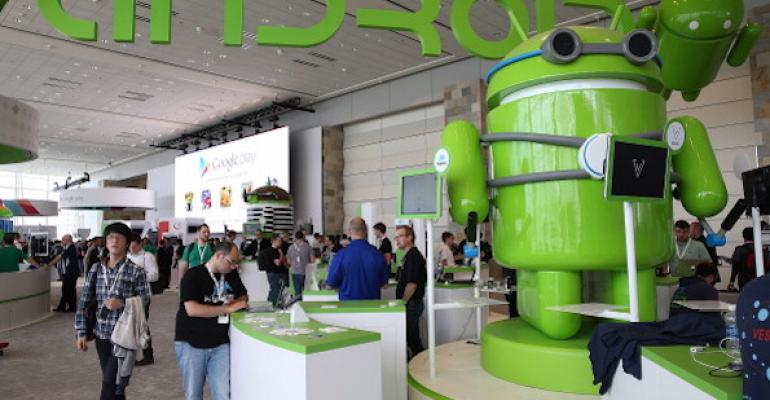 Google Play, the Android app store, will roll out first on three Chromebook PCs running Chrome OS: the Asus Chromebook Flip, the Acer Chromebook R 11 and the latest Chromebook Pixel made by Google. Over time, the most-popular global app store will run on other existing Chromebooks and new PCs specifically designed for Play that Google is developing with hardware partners, the Mountain View, California-based company said Thursday.

Android apps like Microsoft Corp.’s Skype video calling service, will now work on Chromebooks, filling several gaps that made the computers less useful in the past.

The move is the latest sign that Google, a unit of Alphabet Inc., may eventually combine Android and Chrome OS into a single operating system. While the company has said it has no current plans to eliminate Chrome OS, a top Google executive addressed the subject Thursday.

Google’s Play Store, with more than a million apps for Android smartphones, is a crucial part of what has made Android the world’s most popular mobile operating system. App developers get access to more than 1 billion Android phone users, while consumers can choose from a wide range of apps to make their devices more useful.

Google is hoping to extend that symbiosis by making the Play store, and the Android apps on sale there, work on its Chrome OS, which powers millions of inexpensive, web-based laptops made by companies including Dell Inc., HP Inc. and Acer Inc. The theory here: Extra users should entice Android app developers to keep building new software, making Android and Chrome OS devices more useful.

The latest version of Android, named N, has taken technology from Chrome OS too. When an operating system or security update is sent to Chromebooks, the system creates a new version of the software in the background, allowing people to keep using their computers. When they reboot later, the update is loaded. Android phone users have so far had to stop what they’re doing to download updates then reboot immediately. When Android N rolls out later this year, it will use the Chrome OS approach.