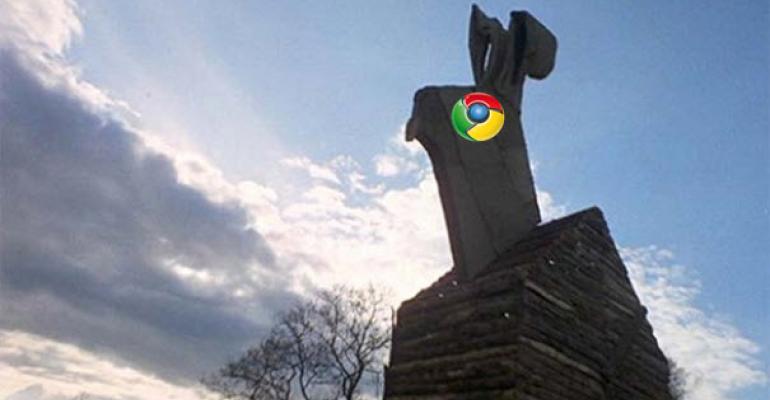 Google had originally planned to end support for Windows XP this month for those users using its Chrome web browser. Microsoft ended support for Windows XP in April of 2014 and the operating system version has not received any security patches for over a year. This doesn't mean that Windows XP isn't vulnerable to attack, but rather that it is even more susceptible. If you've been watching our Patch Tuesday coverage for the last year or so, you know that many security updates have been delivered for every other (supported) Windows version monthly.

But, while Windows XP is arguably the most unsecure OS in the world now, there is still a huge number of people using it every day. That's bad news for the rest of us. Windows XP users may think its "OK" to keep using it as long as it works, but they don’t seem to realize that an unsecured attack point makes us all vulnerable.

At the time of Windows XP's support expiration there were many vendors that committed their products to continuing support for the OS, to help keep it more secure until it could be upgraded. However, a year has passed and a vast majority of users are still dismissing the call. Some are waiting to see what Windows 10 will provide and if it will truly be a viable update, others may simply still be uninformed or misinformed. Whatever the reason, every day Windows XP exists there's a huge potential for security problems, not just for that single computer but for every computer connected to it over the Internet.

Vendors, like Google, have been watching the market numbers and unfortunately Windows XP usage isn't dissipating. To help continue to keep the old OS more secure, particularly over the Internet, Google has announced extended support for Chrome on Windows XP through the end of 2015. This should give Windows XP users enough time to make proper judgement of Windows 10, since Microsoft is promising a summer release.

Microsoft is promising a free upgrade to Windows 10 for Windows 7 and Windows 8.1 PCs, but has provided no clear upgrade path for Windows XP. It's assumed that those still running Windows XP will require new PCs anyway, so Windows 10 will be available for them through a new PC purchase.

Ironically, Windows 10 will come with a very Chrome-like new web browser, Project Spartan. The new browser has a clean, streamlined UI that will be faster than Internet Explorer and support plug-ins.

Microsoft has been working hard at making Windows 10 the next sought-after OS, and if you listen to the company it will be the best Windows ever. We'll see. Many considered Windows 8 to be a Frankenstein monster, poorly stitching together a new interface with an old one. Windows 10 seeks to improve on that, taking the best pieces of the desktop and combining them with Windows 7-type functionality. The hope is that Windows 10 will be an OS that even Windows XP users will love.

But, if Windows 10 doesn't resonate with consumers and business users like Microsoft hopes, Google is waiting in the wings with its own operating system. Google's Chrome OS has a Chrome browser feel to it and which, the company hopes, will be used by Windows XP users that will be considering an OS change sometime at toward the end of 2015.