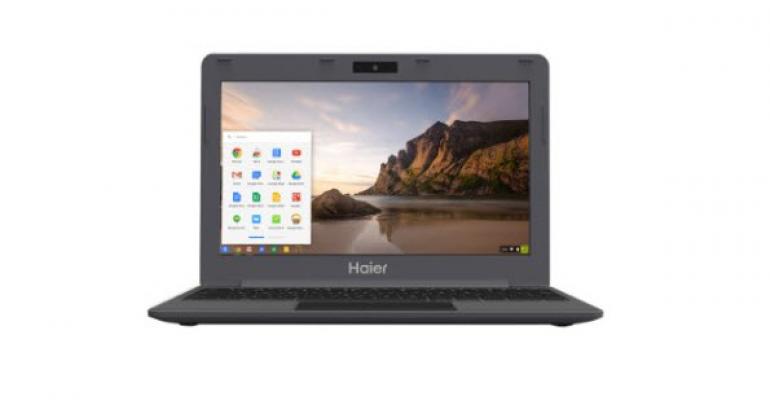 Amid the tsunami of news coverage around the upcoming release of the Surface 3, Google also distributed some new hardware announcements yesterday. And, though Google's news didn't catch wildfire like Microsoft's did, there's some good stuff in there that should be noted.

First off, the search and advertising company is releasing two new Chromebook models. The standard clamshell laptops are coming in at the lowest price yet, aiming for $149 U.S. retail. Chromebooks, of course, are making inroads into the classroom, usurping Microsoft's and Apple's dominance there, due to their low prices and ease of Google services integration like Gmail, YouTube, and Google Docs.

The two new Chromebooks are being produced by two different manufacturers, Haier and Hisense.

Additionally, Google also announced a new "computer on a stick" through a partnership with Taiwan's Asus. When available, the Asus Chromebit will come in at less than $100 and offer users the ability to simply plug the device into a supported monitor and have a fully functioning ChromeOS PC. The Chromebit is set to arrive mid-year.