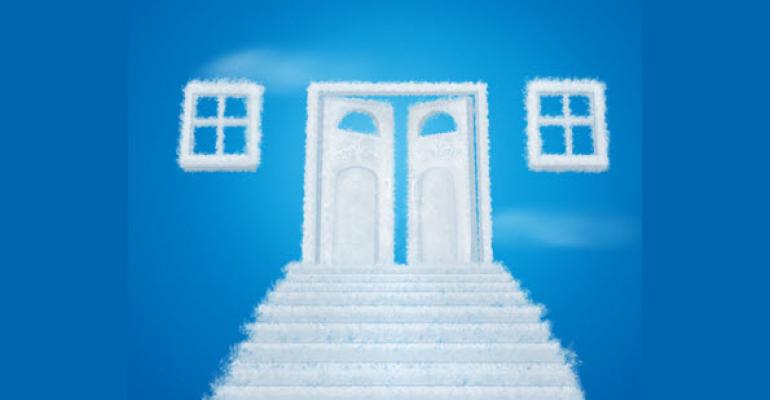 Despite a few, but important shortcomings of the Chromebook for business (read about them HERE) there is one glaring problem that tends to be a deal breaker and that is the ability to run Windows or Windows-based apps. Chromebooks run ChromeOS, which is an OS developed on web technologies.

Microsoft Office is still, by far, the leader in office productivity apps, and of course, there are many critical business applications that will only run on Windows systems. So, for Chromebooks to have any hope of becoming a true business device, they must somehow run the applications that businesses need. We're coming up quickly to days when all applications will be web-enabled, making Chromebook-type devices more viable, but that day is not here yet. Running Windows applications on a Chromebook is a significant hurdle and one key and obvious detractor for business adoption.

Today, Google and VMware have jointly announced a partnership where Chromebooks can utilize VMware's Desktop as a Service (DaaS) platform to gain access to current and legacy applications in the Cloud. Further, the service affords the ability for Chromebook users to use Windows applications, data, and desktops directly on the WiFi-heavy devices using VMware's Blast HTML5 technology. Google and VMware relate the experience to "modernizing corporate desktops for the mobile Cloud era."

"Google Chromebooks can save businesses about $5,000 per computer when compared to traditional PCs. Chromebooks are designed for the way people use computers today and are a secure, easy and cost-effective solution to help organizations embrace a new way of doing business. Through our partnership with VMware, businesses can now capitalize on these advantages with access to legacy applications, data and desktops they need to keep employees productive."

Google seems satisfied with teaching companies their way of doing business, and really, that's what it's going to take. Google continues to attempt to push into the commercial sector, however, they still have quite a way to go to truly understand how it works. However, this new partnership, offering the ability for Chromebooks to run Windows applications, is a huge step in that direction and, in theory, helps eliminate the biggest hurdle.

VMware has posted a press release about the announcement here: VMware and Google to Modernize Corporate Desktops for the Mobile Cloud Era

Google has posted up a short blog about the partnership:  VMWare to Bring Traditional Windows Apps and Desktops to Chromebooks

P.S. It's interesting to note that VMware and Google are both very large competitors of Microsoft.