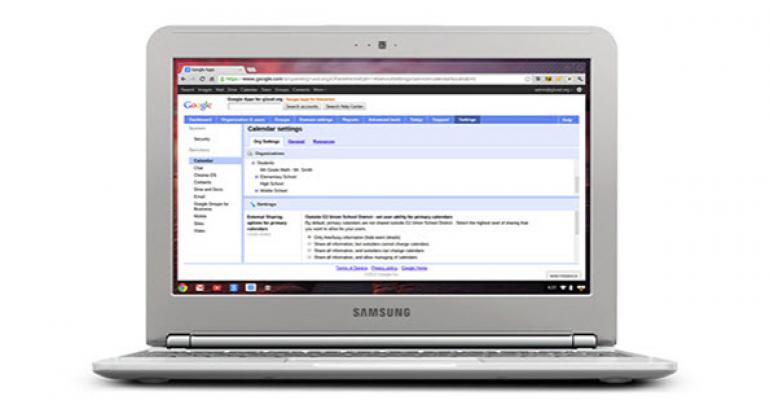 Citrix, VMware, and Google Celebrate the Death of Windows XP with Chromebooks for the Enterprise

On the day that Microsoft ends support for Windows XP and makes a version of Windows 8 available for better desktop usage through Windows 8.1 Update 1, Citrix, VMware, and Google are teaming up to promote Chromebooks as a viable replacement. If you're going to make a drastic change, might as well make it a DRASTIC change, I guess.

In a blog post today, Google outlines some immediate savings and highlights VMware's Desktop as a Service (DaaS) and the Citrix XenApp Platinum Edition to help accelerate Windows XP migrations.

Chromebooks have made minor inroads into the consumer sector, but Google is intent on pushing into the Enterprise. It will be interesting to see if Google can finally crack through the Enterprise shell with the announced price savings and partner opportunities, particularly for those companies struggling with Windows XP migrations.

Enterprises moving away from Windows XP, are reported to be choosing Windows 7 since it works in a similar fashion as Windows XP. There has been some business uptake for Windows 8.x, but until today, Windows 8.x has not been a kind business citizen due to being touchscreen heavy and not providing enough value for normal desktop users.

Google recently announced the company would continue to support its Chrome Internet browser running on Windows XP until April 2015.