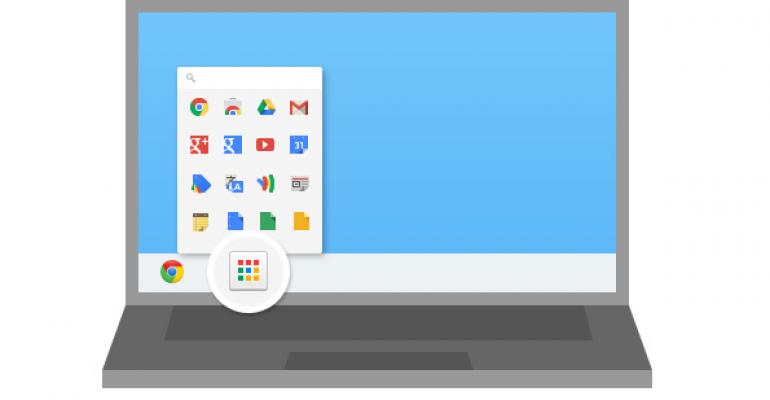 Today is the fifth anniversary of the original release of Google's Chrome web browser, and to celebrate the milestone, Google revealed its plans to bring native apps to the platform via a new generation of Chrome Apps. In this way, Chrome is fulfilling the 1990's-era pledge of Netscape to reduce Windows in status in favor of the web.

Indeed, what Google is doing looks very similar, conceptually, to the Netscape vision—reduce Windows to "a poorly written set of device drivers" on which users would run web apps. Of course, Chrome is also benefiting from the passage of time. Today, Microsoft is much less influential than it was—heck, so is Windows—and of course the technology has improved dramatically. And for you conspiracy theorists out there, here's an inconvenient truth: The most popular Windows desktop application, by far, is Google Chrome, an app that exists solely to move its users to another (non-Windows) platform: The web.

On a side-note, I will say that I've believed for a while now that the real platform threat from Google was Android, not Chrome. But the more I think about the global applicability of full-featured web apps, the more I wonder whether this position is correct.

"Chrome Apps bring together the speed, security and flexibility of the modern web with the powerful functionality previously only available with software installed on your devices," he writes. "Think apps designed for your desktop or laptop, just like the ones for your phone and tablet. These apps are more powerful than before, and can help you get work done, play games in full-screen and create cool content all from the web. If you’re using Windows or a Chromebook, you can check them out in the For your desktop collection in the Chrome Web Store (Mac & Linux coming soon)."

Top features of these new Chrome Apps include:

They work offline. Arguably the biggest problem with Chrome so far.

"Chrome-less". Google won't put it this way because Chrome is the name of their browser, but Chrome Apps don't use the surrounding UI chrome that somewhat clutters a normal browsing experience. "No tabs, buttons or text boxes mean you can get into the app without being distracted by the rest of the web." They really can look like native apps, too.

Desktop notifications. "You can get reminders, updates and even take action, right from the notification center."

Works with your PC hardware. Chrome Apps can interact with connected devices via USB, Bluetooth and more, including digital cameras.

Automatically updated. No surprise here, but Chrome Apps "update silently, so you always get all the latest features and security fixes (unless permissions change)."

Device sync. Chrome syncs your apps to any desktop device you sign in to so you can keep working from anywhere.

Desktop integration. Using a new Chrome App Launcher, you can now launch Chrome Apps directly from the desktop. Yes, the Windows desktop. This launcher appears when you install the first Chrome App and is pinned to the Windows 7/8 taskbar. Chrome Apps launch in their own windows, just like Chrome apps did previously if you pinned them yourself.

In case it's not obvious, a lot of this stuff is pretty similar to what we see with "Metro" apps in Windows 8: Device sync, automatic updating, a unique security model, notifications, and more. Indeed, Google's developer documentation refers to these apps as "packaged apps," which is perhaps not coincidentally to the language Microsoft uses to describe Metro apps. And obviously they're written in HTML5, JavaScript, and CSS, just as Metro apps can be.

It remains to be seen whether this environment grows and matures to outpace other platforms, but it's a threat to what Microsoft is doing, obviously. And something I'll be keeping an eye on, of course.

I'm not sure whether anyone really uses this stuff. But if so, let me know whether you think any apps or aspects of this technology are particularly significant.