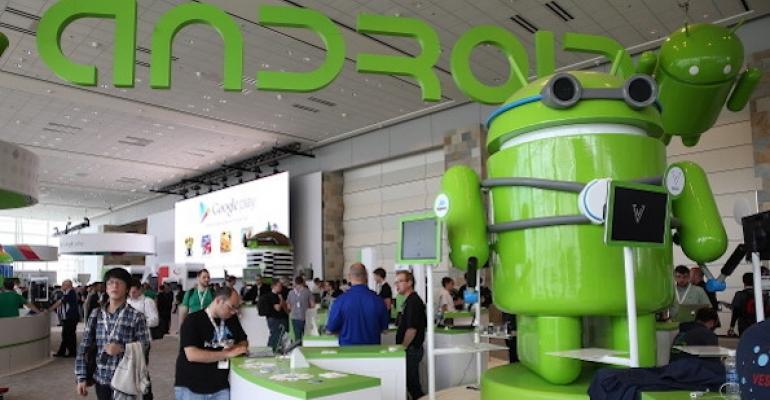 The Android App Revolution on Chromebooks Is Still on Hold

It’s been over a year since Google, with great enthusiasm, showed off how Android apps would transform Chromebooks.

The Google Play Store was coming, and with it millions of Android applications that would resolve the “app gap” keeping Chrome OS from being a serious contender for many. Microsoft Office, social media applications, and even some popular games would help Chromebooks grow beyond their reputation as simple machines that are just for browsing the web.

It hasn’t gone so well. According to the Google site that tracks which Chromebooks are Play Store eligible, only a handful are on board. And even when the flagship Samsung Chromebook Pro launches the Play Store’s inclusion will still technically be in beta.

There was no splashy demo at I/O this year, but there was one developer event that unrolled a lightly scratched out roadmap of where things are going. The future’s coming, just not quite as quickly as we thought.

The Latest from Google I/O

A Google I/O session led by Shahid Hussain, a product manager on Chrome OS, shed some light on why this effort is slogging along. For example, Google is grappling with performance and proper implementation of its own apps from smartphones to Chromebooks. The presentation featured a view of Google Maps, which awkwardly showed empty bars on either side of the app when it was launched on a Chromebook.

Not surprisingly, turning applications that were originally built for devices that fit in pockets into software for more traditional computers is a serious challenge. One remedy is a new Chrome emulator beta for developers to test how their app looks and performs on a Chromebook. It’s one of many pieces of technical work that Google is doing to improve the experience.

Additionally, apps built for Android Nougat and the forthcoming Android O will be further optimized for Chromebooks, with the Google team pushing to ensure features like using apps in split-screen mode and easy window resizing come to be. If there’s one upside to this nearly year-long beta test, is that it means everything will hopefully be sorted out correctly. Google knows this process needs to be smoothed out, it’s just unfortunate that a $550 laptop will launch with what feels like an unfinished feature.

Where Chromebook Use Stands Today

In principle I love the concept of a Chromebook. My productivity life revolves Google apps, and as an Android user I enjoy the integration that comes with all my tabs syncing across Chrome and the “buy once, use anywhere” ethos of the Play Store. The other day my Windows 10 PC reported that 98 percent of my battery life usage was, you guessed it, from Chrome. Cutting out the middleman OS makes a lot of sense.

The Play Store is a great idea, it just hasn’t quite resolved all of the pain points for going all-in with Chrome OS.

However, much of the work world still runs in Office, so using Microsoft’s app suite is essential. Not all Microsoft apps have been fully vetted for Chrome - for example, I can download Outlook and OneDrive to my Asus Chromebook Flip but not Word, Excel, or PowerPoint. Yes, there are the Office Online versions, but the rapid development pace of the Android applications make these the ideal suitors for my productivity needs.

A device like the Chromebook Pro tempts me as a potential daily driver. For others who may have lighter computing needs, a Chromebook is the right choice. I want to get there, but Android apps, even with some excellent choices like Adobe’s suite, still haven’t quite won me over.

A Brighter Road Ahead?

Google thrives on optimism, so of course there’s a plan for how to resolve the future of the integration of Android apps with Chromebooks. As The Verge discovered, the Samsung Chromebook Pro will kick off what Google plans to be a new phase, where some Android features may one day come to Chrome OS before they hit Android.

That would be a great coup, because Chromebooks are on a six-week update cycle. Android, by contrast, has an annual dessert-themed upgrade with monthly security releases. While this won’t happen with Android O, it’s easy to see why specific APIs or features that make sense on a Chromebook shouldn’t have to wait to come to phones first.

Such a new scheme would certainly be welcome. Scaling things up from mobile to a larger form factor isn’t easy - even the iPad Pro has plenty of growing pains. But getting this right is critical if Google is going to take Chrome OS deeper into the enterprise and consumer markets as a viable option to the current platform kings.