/sites/all/themes/penton_subtheme_itprotoday/images/logos/footer.png
Recent
Recent
Programmer vs. Developer vs. Engineer: What’s the Difference?
Oct 13, 2021
How to Gain Insight into Failed Login Attempts on Windows
Oct 12, 2021
How to Use Microsoft Edge Password Monitor
Oct 11, 2021
Inside Windows 11: Microsoft DirectStorage Begs Enterprise Attention
Oct 11, 2021
How to Modernize Backup Without Breaking the Bank
Oct 10, 2021
Featured
IT Pro Salary Survey: What You Earned in 2020
Jul 09, 2021
Cloud Cost Optimization: Best Practices for IT Pros
Jul 15, 2021
PowerShell 101: A Technical Explainer for IT Pros
Jul 14, 2021
Edge Computing in the Enterprise Report
May 28, 2021
Interop Digital
brought to you by 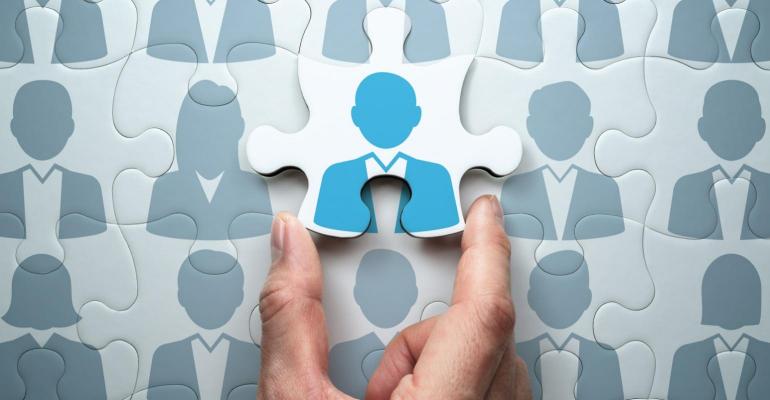 Think Like a Chief Innovation Officer and Get Work Done

VMware CTO's keynote at Interop addressed coping with mismatches between business practices and adopting new technology in an organization.

Last Thursday at Interop, VMware CTO and senior vice president Greg Lavender delivered a virtual keynote where he discussed the need for everyone within organizations to think like a chief innovation officer while keeping in touch with their practical, operational needs. His full keynote and other Interop sessions are available on demand.

Lavender’s talk examined the need to cultivate a culture of innovation and execute transformation -- but without breaking anything. One key element, he said, is to be aware of what makes up an IT ecosystem before plowing ahead with changes.  “Always maintain the context of where you’re operating and what’s the next future step,” he said. Furthermore, Lavender said it is important to move with, rather than swim against, the current of change.

Organizations should keep their eyes on external innovation, he said, as well as their organic, internal innovation. The pros and cons of new technology should still be weighed carefully before adoption. Lavender said open source tech, for example, offer access to new tools and automation, but they might not have commercial support, could be unstable, and may introduce security issues.

Rushing to embrace technology can also be a problem, he said, if an organization does not take the time to understand customers’ needs and concerns the new resource is intended to address. Pushing technology without clear instructions on what to do with it can create more confusion than it resolves. “You’ll build something, but it might not be the right thing,” Lavender said.

There needs to be a balance of harnessing innovation without being too disruptive, he said. That means understanding business context that makes new ideas relevant to the operation. “Disrupt yourselves but don’t disrupt yourselves fatally,” Lavender said.

Lavender said part of his team at VMware not only keeps abreast of innovations ready to debut; they also explore what is beyond the horizon. “5G is the new ‘new thing,’” he said. “We’re investing in 6G, thinking that’s going to be completely software-defined.”

Inner reflection is also part of the equation. Investing in internal research and development, Lavender said, by connecting top engineers to brainstorm can lead to the creation of new products, features, potential patents, and published papers. “It’s a way of amplifying and creating that culture of innovation,” he said. “If you want to innovate at large scale, you need to have a culture of [innovation] that is pervasive in your organization.”

There can be external opportunities to innovate by building relationships with partners who might even be competitors on some level, Lavender said. The open APIs and microservices organizations share can allow others to benefit from their technology and vice versa.

Roadblocks to getting the most out of innovation can come from within. Organizations that are not properly aligned because of talent issues or time and budget challenges might make the mistake of not changing their business processes when they apply new technology, Lavender said. This can lead to packaging their problems rather than fixing them. “If you automate the organizational misalignment, you have misaligned automation,” he said.

Daily challenges many CIOs face tend to include dealing with the multicloud landscape, addressing demand for improved customer experience, and increasing competition over a limited talent pool, Lavender said. The biggest, recurring challenge he hears from customers is the management of their mountain of legacy resources, which can consume as much as 80% to 90% of their IT budget. That makes it difficult to transition forward, he said, especially when compounded by other headwinds such as regulatory shifts, customer expectations, and security threats.

He compared dealing with the mountain of legacy resources to difficulties associated with the Tower of Babel. “As technology evolves, you tend to build upon what you had in the past,” Lavender said. “It’s always under construction, it’s almost never done.” The top layers of the legacy mountain are where applications are found, trying to reach the cloud, he said. Those apps need a well-architected infrastructure foundation that is also agile and can expand to pivot with change. The problem is there might be a mainframe embedded in the foundation, which can hold the organization hostage from the innovation they want to explore. “Because [the mainframe] spreads such mission critical workloads, you can’t just rip it out,” Lavender said. “If you rip it out, the whole thing collapses.”