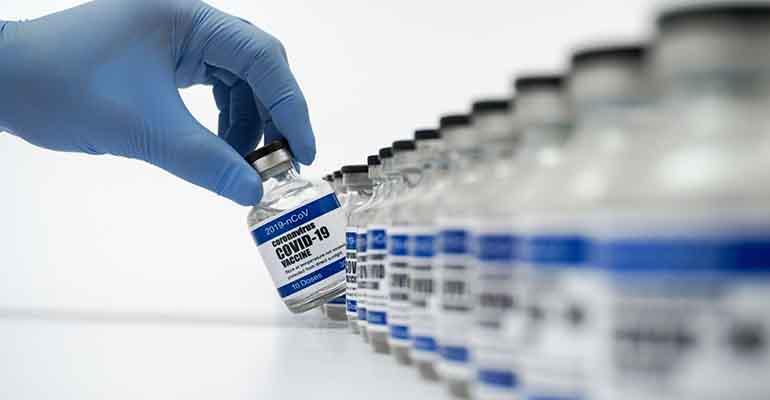 Kunal Mahto / iStock / Getty Images Plus
Foodservice employees, including those in restaurants, have been prioritized as “other essential workers” and included in the CDC's recommendation for early COVID-19 vaccinations.
Careers

IBM Tells U.S. Staff to Get Vaccine by Dec. 8 or Face Suspension

In June, IBM told U.S. employees to return to the office by September but was then forced to shut down New York City locations amid rising Covid-19 cases in August.

(Bloomberg) -- International Business Machines Corp. said all of its U.S.-based employees must be vaccinated by Dec. 8 or be put on unpaid suspension.

IBM said the new mandate will apply to all U.S. employees regardless of where they work or how often they go into a company office and will offer “limited” medical or religious exemptions. The decision was prompted by “the continued spread of Covid-19, local clinical conditions around IBM sites, and the reality that vaccines are readily available nationwide,” a company spokeswoman said in a statement. “As we’ve said throughout the pandemic, IBM’s health and safety practices are driven by science.”

CNBC earlier reported on the mandate.

In June, IBM told U.S. employees to return to the office by September but was then forced to shut down New York City locations amid rising Covid-19 cases in August.