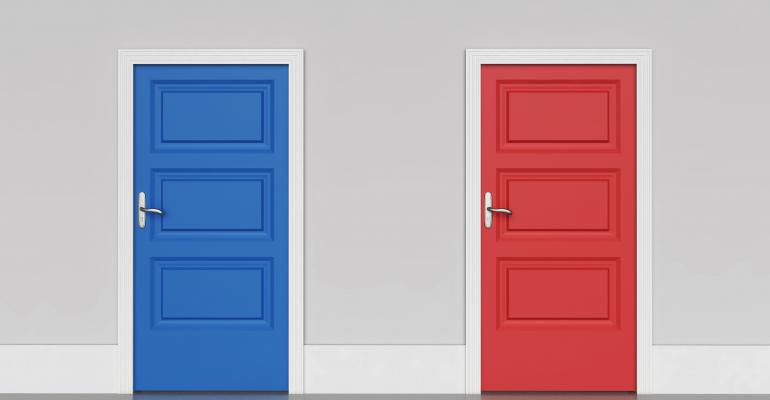 Are you cut out more for DevOps roles or site reliability engineer roles? Here are some things to consider.

If you excel at both coding and IT operations work, you are an excellent candidate for two types of positions: DevOps roles and site reliability engineer roles. Both of these fields require similar skill sets and similar roles within IT organizations, but there are some key differences between the job of DevOps engineer and the job of SRE.

Which path is right for you? Read on for tips on how to decide.

At a high level, the work performed by DevOps engineers and SREs is broadly similar: Both roles are responsible for helping to bridge the gap between developers and IT operations teams. They may also help enforce SLAs and identify opportunities for improvement within software delivery pipelines.

Put another way, DevOps engineers and SREs are both flexible roles that make IT organizations more agile and increase the reliability and efficiency of the software delivery process.

That said, there are some clear differences between DevOps roles SRE roles:

Because the exact nature of DevOps roles and site reliability engineer roles vary from one organization to another, you shouldn’t read this list of differences too rigidly. At some companies, someone with the title of DevOps engineer may do work that looks much more like what another company would label SRE, and vice versa. But, by and large, DevOps roles and site reliability engineer roles tend to differ from each other in the ways outlined above.

So, is work as DevOps engineer or SRE better suited for you? Here are some questions to ask yourself to make the decision.

Both SREs and DevOps engineers need to know how to code, but coding is more central to SRE workflows than it is in DevOps.

If you’re not in love with coding, DevOps is probably better for you.

Do you mind being on-call?

Given that reliability is the core focus of SREs, SREs are most likely to be the first ones called to respond when something goes wrong within a production environment.

DevOps engineers may be tasked with troubleshooting and incident response, too. But those tasks are less central to their roles.

Make sure, then, that you’re OK being the engineer who is on call all the time before committing to SRE work.

Are you a people person?

In general, “people” skills are more important for DevOps engineers--whose job includes breaking down the “silos” between different engineers and departments--than they are for SREs. The latter are more likely to spend their time in heads-down mode testing and modifying systems than they are trying to build a culture of collaboration or getting developers and IT engineers to play nicely with each other.

So, if dealing with people much of the day is not your strong suit, you may enjoy site reliability engineer roles more.

How much do you want to earn?

On the whole, SREs are paid more than DevOps engineers.

That’s not to say that DevOps doesn’t pay well--it certainly does--and your ability to maximize your earning potential will very likely have more to do with experience and investments you make in enhancing your skill set than with your specific job title.

Still, the numbers suggest that you’ll end up earning somewhat more as an SRE.

For many engineers, working as either a DevOps engineer or an SRE will be rewarding and profitable. But, the type of work you like to do and where your strengths lie will help you decide whether DevOps roles or site reliability engineer roles are the best fit.