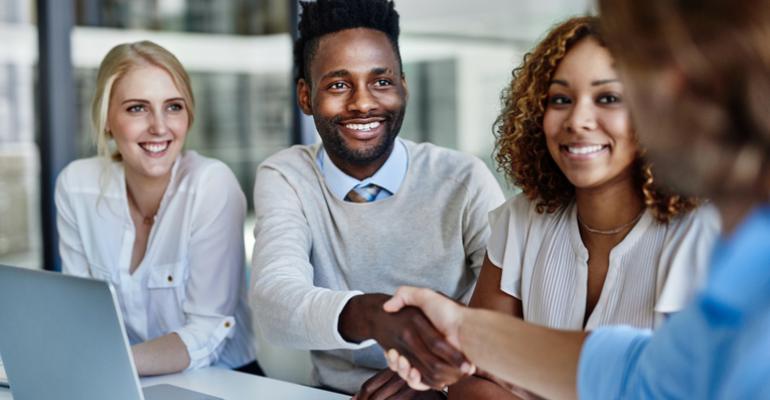 The U.S. will add more than half a million computer and IT related positions over the next eight years, and employers are searching for candidates with the right expertise to fill these cloud computing jobs, a new survey by Robert Half Technology says.

Cybersecurity and cloud security are tied for the top skills in demand for IT job candidates, but expertise in general cloud computing and cloud architecture are also increasingly important areas of knowledge for job seekers who want to be successful in today’s competitive marketplace.

One of the biggest challenges when searching for cloud computing jobs is the standing out amid the sheer volume of applications for each role, with many of them coming from international candidates, said Jeff J. Butler, a former software engineer who currently speaks on issues around retaining millennial employees. After Butler graduated with a degree in computer science from UC Berkeley, he worked in various software engineering and cloud computing roles before founding his own company.

“A lot of recruiters that put out for cloud security jobs will find that a lot of people are applying from different countries trying to get visas, which really jacked up the number of applicants they get,” he said.

When he was interviewing with a startup for a software engineering role, for instance, the recruiter told him she had 500 applicants for one role, with half of those coming from candidates outside of the U.S. With this level of competition, which may soften as the Trump administration introduces stricter immigration policies, it is important for job seekers to apply to multiple positions at different companies.

“A lot of times you have a bunch of qualified candidates coming in the door and the element that separates one candidate from another is the amount that they click with the team,” he said. “And that’s not something that people can control, and that’s why I suggest that you have multiple hooks in the water.”

When it comes to millennials, their career expectations are different than other generations, he said. They want experience, but they don’t expect to stay at the same company for too long to get it.

Meredith Graham, SVP of culture and people experience at Ensono, a hybrid cloud managed services provider, said that in her recruiting efforts it is the company’s dedication to providing training, career and leadership paths to early-career employees that keep them engaged.

“What I found is that for most technology roles, and when we're hiring techies, they're really interested in the opportunity to learn and career paths,” she said. “Bright young people, they're almost like sponges, they just soak up so much information, and they just want to learn and try something different. And so that's really what we're trying to give people that come on board is just opportunity, career development … we just want everybody to be really excited about coming into work.”

Since its spinoff from Acxiom IT in 2015, Ensono has grown from 750 employees to 2,200 employees around the world, Graham said, with the growth a mix between organic and acquisitions.

“The market is getting tighter,” she said, noting that the company has seen particular difficulty recruiting experts in hard to find technology like mainframes, which is a significant part of its business.

“What we found is that on the spectrum ... it's really the older technology that we're having trouble recruiting from, and then the newer technologies like AWS and Google Cloud [have] been growing so rapidly, the challenge has been keeping up with the growth in that area,” she said.

The way Ensono has dealt with those recruiting challenges is growing its own talent pipeline by working with local universities to hire interns. For example, it created a program in its Conway, Arkansas office to recruit interns to work on the mainframe side, offering them career paths, and then giving them the option to switch to cloud after a set amount of time.

Graham says that everybody wants to work in the cloud; it’s growing so fast with so many companies looking for that talent, but it is still difficult to find people with the right skills. Providing flexibility and allowing people to work from home is one of the benefits she is able to offer to attract talent.

“We just won a couple of really great cloud awards, so that really helps with the recruiting, but we’re still looking at a very expensive, and very tight market,” she said.

In hiring for cloud computing jobs, Graham said that cloud certifications are important, and showing hiring managers that you have taken the initiative to gain extra skills on top of your regular education can set you apart from other applicants.

“We’ll interview a lot of people with just a strong undergraduate degree in computer science,” she said. “But if you can come in the door, and you can sit with one of our senior engineers and talk to them about the technology, you’re likely to get a job.”

Ensono is far from the only company to invest in local talent to fill their tech talent pipeline. Companies are finding new ways to partner with post-secondary institutions to ensure the next generation of computer science graduates has a strong grasp of relevant cloud computing skills.

“Participants that have come out of coding boot camps feel more prepared for the workforce, largely because these are very targeted boot camps with our real-world applications that they that they work on,” DigitalOcean VP of product Shiven Ramji said. “Employers are not quite there yet, and they’re still warming up to them.”

In its quarterly survey of 5,000 cloud developers, DigitalOcean wanted to find what motivates developers to stay in roles.

“Developers tend to be oriented towards learning, growing and, and leveling up, so [it’s not surprising] they cite growth and development as the most important things they want out of their jobs,” Ramji said.

According to the survey, employees value a competitive salary just as much as opportunities for internal growth and development (39 percent each, respectively) while culture fit and an ability to work remotely are other top considerations when evaluating a job.

“We’re seeing as an industry that developers tend to be more progressive and care about a lot of issues, and stick to certain values,” Ramji said. “And certainly speaking from even our own workplace culture, they value transparency, they value openness, value diversity and inclusion.”

The top three reasons for leaving an engineering position are a lack of opportunities for growth and development, bad leadership and management, and the company uses obsolete technologies.

From a hiring manager perspective, DigitalOcean finds that nearly half of hiring managers (44 percent) said they have a problem retaining talent, and the biggest challenge is a limited pool of candidates with relevant skills.