/sites/all/themes/penton_subtheme_itprotoday/images/logos/footer.png
Recent
Recent
A Beginner's Guide to GitHub: What You Need To Know
Dec 02, 2022
Systemic Risk Threatens Every Organization
Dec 02, 2022
All I Want For Christmas Is an Accessibility Expert
Dec 02, 2022
One Year After Log4Shell, Most Firms Are Still Exposed to Attack
Dec 01, 2022
Featured
5 Multi-cloud Security Challenges You Can Avoid
Nov 14, 2022
Windows 11 Migration Guide: 4 Best Practices When Upgrading
Oct 21, 2022
Report: Disaster Recovery and Business Continuity In Action
Oct 19, 2022
Do Programmers Still Need to Have Linux Skills?
Oct 18, 2022
News Analysis 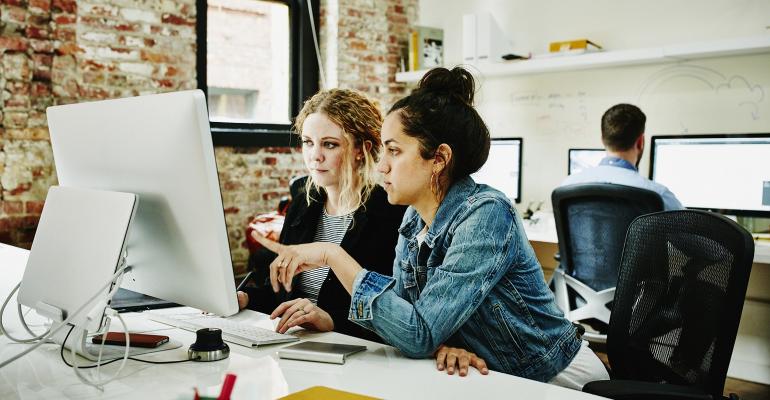 What Is Keeping More Women from Success in IT

A new study examines the factors that help women succeed in the IT workplace, and the barriers that remain to achieve gender equity in the field of computer science.

The percentage of women in the field of computer science is shockingly low. Various labor estimates suggest that women make up between 18 percent and 25 percent of the workforce in computer science.

A new report by the non-profit Girls Who Code and Logitech attempts to identify what barriers exist for young women to have a successful career in IT. They surveyed 400 IT professionals who had worked in the field for less than ten years to identify key factors that helped women in their pursuit of a career in computer science.

What Helps Women Succeed in IT

Survey respondents identified five factors which helped propel women to envision an IT career in a predominantly male field:

THEY HAD CHEERLEADERS AND STRONG ROLE MODELS

96 percent of women who responded to the survey reported being encouraged to go into IT by family and friends. Survey respondents also said support from high school teachers was critical to envisioning a career in IT.

More female respondents (36 percent) than male respondents (25 percent) reported having a passion for computers. That increased emotional commitment may help buoy women who may be facing resistance in the IT workplace. That's important, as ninety percent of women report experiencing microaggressions at work.

Some 92 percent of female respondents report that the opportunity to make a meaningful impact to society is a driver for them in IT.

WOMEN-FRIENDLY NETWORKING HELPS WOMEN IN IT

Nearly twice as many female survey respondents than male respondents said they seek support through professional networks, and nearly half of female respondents reported taking part in women-centered computer science programs in college.

MEN MUST BE ALLIES

There is a mismatch in perceptions. While nine in ten women reported microaggressions at work, 80 percent of men said their workplace created a positive environment for women. However, when asked further about what barriers exist for women in IT, more than half of male respondents said women had fewer opportunities in IT and may feel intimidated by men at work. Fifty-six percent of male respondents even admitted they may have been patronizing to women at work.

Read the rest of this article on HDI.