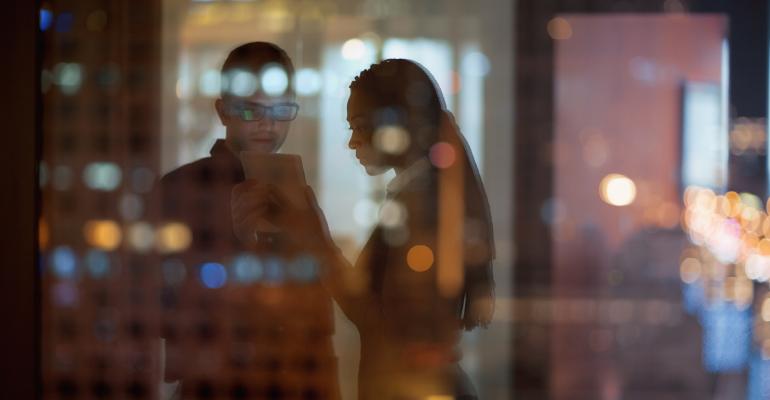 Tech Companies May Be Laying Off Employees, But Tech Workers Are Still In Demand

Demand for tech talent remains extremely high, despite the high-profile layoffs in the tech sector.

The last six months of labor headlines have been a switcheroo for anyone following the tech industry. We’ve gone from heady reports of companies competing to buy tech talent and onboarding hundreds of new employees every week to almost daily reports of the latest layoffs. Perhaps the greatest bubble indicator was that in 2021, there were more job postings for tech recruiters than software engineers. According to layoffs.fyi, there have been over 130,000 tech layoffs this year. LinkedIn has been tracking layoffs: 29 companies announced layoffs in the first three weeks of November, including Amazon and Meta letting go of over 10,000 staff each, Zendesk cutting its workforce by 5%, and Cisco cutting more than 4,100 jobs; tech is no longer the safe harbor in a storm.

However, looking beyond the tech industry and at the overall tech labor market, the signs are a little less doom and gloom. 207,000 additional tech jobs were created in October 2022, the 23rd straight month of job growth. The tech industry has actually created 193,000 jobs in 2022, and there are currently 317,000 open job listings for technology roles, although this is down from a peak of approximately 400,000 opens roles at the height of the labor crunch in spring of this year. The most popular open role? Software engineer, with over 80,000 open roles.

Stripe's CEO said, “We overhired for the world we’re in.” Looking at the growth and revenue data for some of the largest layoffs, it’s the same story: Amazon’s labor force doubled between 2020 and 2022, but its revenue only grew 30% in the same period. Flush with access to easy, cheap money through low interest rates and buoyed by dramatic revenue growth driven by digital, many organizations overestimated their growth and revenue projections. Others, such as Meta and Amazon, are trying to innovate towards the next great interface — the metaverse for Meta, digital assistants for Amazon — and are finding that the market is not yet moving in the same direction. Faced with economic headwinds and overextended labor costs from rapid expansion over the past couple of years, many tech companies are now seeing the need to rein in operational costs.

Tech companies are not all approaching layoffs the same way. Some organizations, such as Amazon, are focusing on products that are not generating the revenue that they anticipated, such as the Alexa device line. Others are making cuts across multiple departments. However, when we dig into the data captured on layoffs.fyi, reduction in engineering roles comes out behind roles in teams such as human resources, marketing, and operations. Tech companies still value engineering and tech talent as a way to create differentiation and growth. Tech leaders should be aware, though, that layoffs in other departments, such as recruiting, will have an impact on their ability to staff teams.

Use This Moment To Invest In Your Team And Customers

This isn’t the time to become complacent about your tech talent; they might not be job hopping every nine months, but they still have plenty of options for compelling work if they do not see opportunities for career development. Make sure that you are continuing to focus on and invest in employee experience. And when it comes to weathering economic uncertainty, organizations that focus on creating customer value will be the most successful. Focus on investing in areas like product and engineering to create the best protection against economic uncertainty: superior customer products and experiences.

My colleague Christopher Gilchrist and I will be publishing research on the US tech labor market in 2023 and how tech leaders should prepare and respond to the market uncertainty.