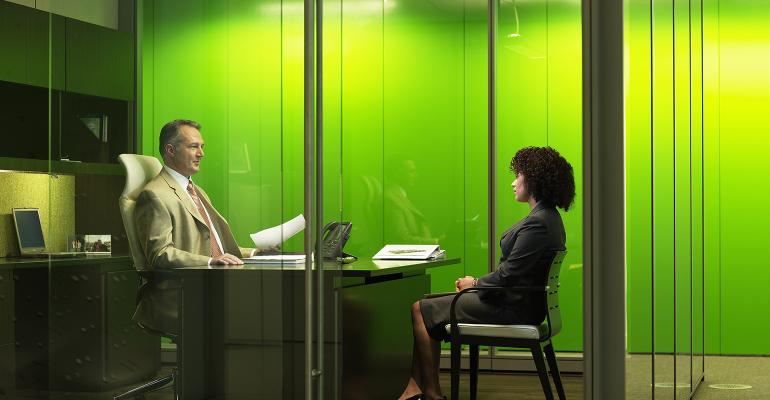 Although the situation has improved for some groups, female tech workers of all races still make less than their male counterparts, with Black and Hispanic women receiving the lowest wages.

(Bloomberg) -- As American corporations announce a record number of diversity and inclusion initiatives, Silicon Valley has seen the wage gap narrow for all minority groups but one: Black women.

The wage gap for African American women widened to $0.92 for every $1 a White man earns in 2021 from $0.94 a year earlier, according to a new report by Hired, an online marketplace for tech jobs.

Related: Breaking the Glass Ceiling: Tough for Women, Tougher for Women of Color

Although the situation has improved for some groups, female tech workers of all races still make less than their male counterparts, with Black and Hispanic women receiving the lowest wages.

As of last year, 26.2% of people working in computer and mathematical occupations in 2021 were women, and 8.5% were Black, according to the US Bureau of Labor Statistics. At the same time, only about one in five tech candidates who used the Hired platform in 2021 identified as female, the study released Tuesday showed.

Some groups were able to narrow or even close the wage gap. Hispanic men and Asian women decreased discrepancies by 3 cents in 2021, now being closer to parity. However, Asian men, who already made more than their White counterparts on average as of last year, have widened the gap and now make $1.05 for every dollar a White man makes.

When it comes to locations, Denver saw the gender gap narrow by 5 cents to $0.98 cents over the past year, and is now the most equal tech market in the US, followed by Seattle. In the San Francisco Bay Area and in New York, the gap remained unchanged at $0.95 and $0.93 respectively. Up-and-coming Austin, Texas, was the only major city to see the gap widen -- by 1 cent to $0.94.

The report analyzed almost 820,000 interview requests and job offers facilitated through Hired’s marketplace from January 2018 through December 2021, including more than 3,900 participating companies and 120,000 job seekers in the US, UK and Canada.