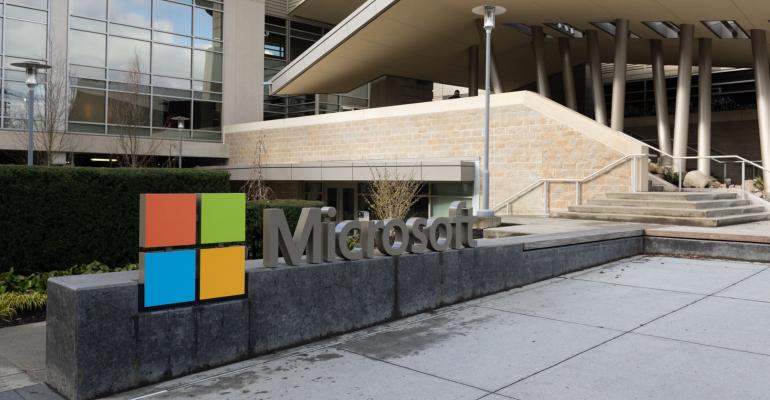 Microsoft's first-ever report on median pay for its workforce shows that women do better than the US average, while Black and Hispanic employees remain under-represented in higher-level roles.

(Bloomberg) — Microsoft Corp.’s first-ever report on median pay for its workforce shows that women do better than the US average, while Black and Hispanic employees remain under-represented in higher-level roles.

Microsoft is at pay parity when comparing women and people of color doing equal work with men or White workers, the data released Thursday also shows. But the median pay figures — which measure compensation across the entire workforce regardless of title — show employees of color overall make less, indicating disparities between who is in higher-paying positions.

Related: Investing in Diversity to Fix IT Skills Shortages

“This is an additional layer to the journey we have been on,” said Lindsay-Rae McIntyre, Microsoft’s chief diversity officer, referring in part to a pledge to double the number of Black and Hispanic employees in senior and leadership roles by 2025. “We are one of the first, if not the first, to be this transparent on the topic of median pay, which is really about a representation gap.”

Microsoft, the world’s third-largest company by market value, is one of only about a dozen big publicly traded US employers to disclose median pay, even as many companies are under pressure from shareholders and workers to be more transparent about their businesses. In the UK, companies with 250 or more employees are required to report the median gender pay gap annually.

In addition to showing compensation, Microsoft is among a growing number of companies releasing previously private federal data on the race and gender of its workforce by job classification, which plays a direct role in how median pay is calculated. The Redmond, Washington-based company also will release an independent report next month on the company’s sexual harassment and gender discrimination policies, McIntyre said.

US women at Microsoft earned about 90 cents for every dollar men earn in median pay, according to Thursday’s report on global diversity and inclusion. Across the US, the pay gap between men and women has stalled at about 83 cents on the dollar for more than a decade, according to Census Bureau data.

The 2025 diversity goals for leaders is a primary way the software maker can improve the median pay gap, McIntyre said. Microsoft managers and executives are already paid, in part, based on their success in meeting diversity benchmarks, she said.