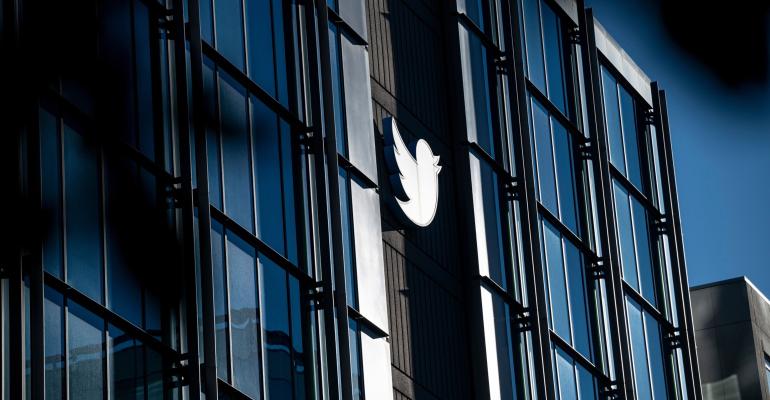 Just as tech companies had started to make progress in their diversity and inclusion initiatives, they’re now scaling back those efforts as part of new cost-saving measures. What could that mean for the tech industry?

(Bloomberg) -- At Twitter, the diversity, equity and inclusion team is down to just two people from 30, one former employee said. A DEI worker who was let go from a popular ride-share company said their job search has stalled as other technology companies assess their finances. And just before getting the axe at separate tech giants this fall, two DEI specialists said leadership had stopped setting long-term goals for their departments entirely.

The layoffs sweeping the technology industry are gutting diversity and inclusion departments, threatening company pledges to boost underrepresented groups in their ranks and leadership.

Related: Diversity and Inclusion Matter in the Digital Context

Listings for DEI roles were down 19% last year — a bigger decline than legal or general human resources jobs saw, according to findings from Textio, which helps companies create unbiased job ads. Only software engineering and data science jobs saw larger declines, at 24% and 27%, respectively. 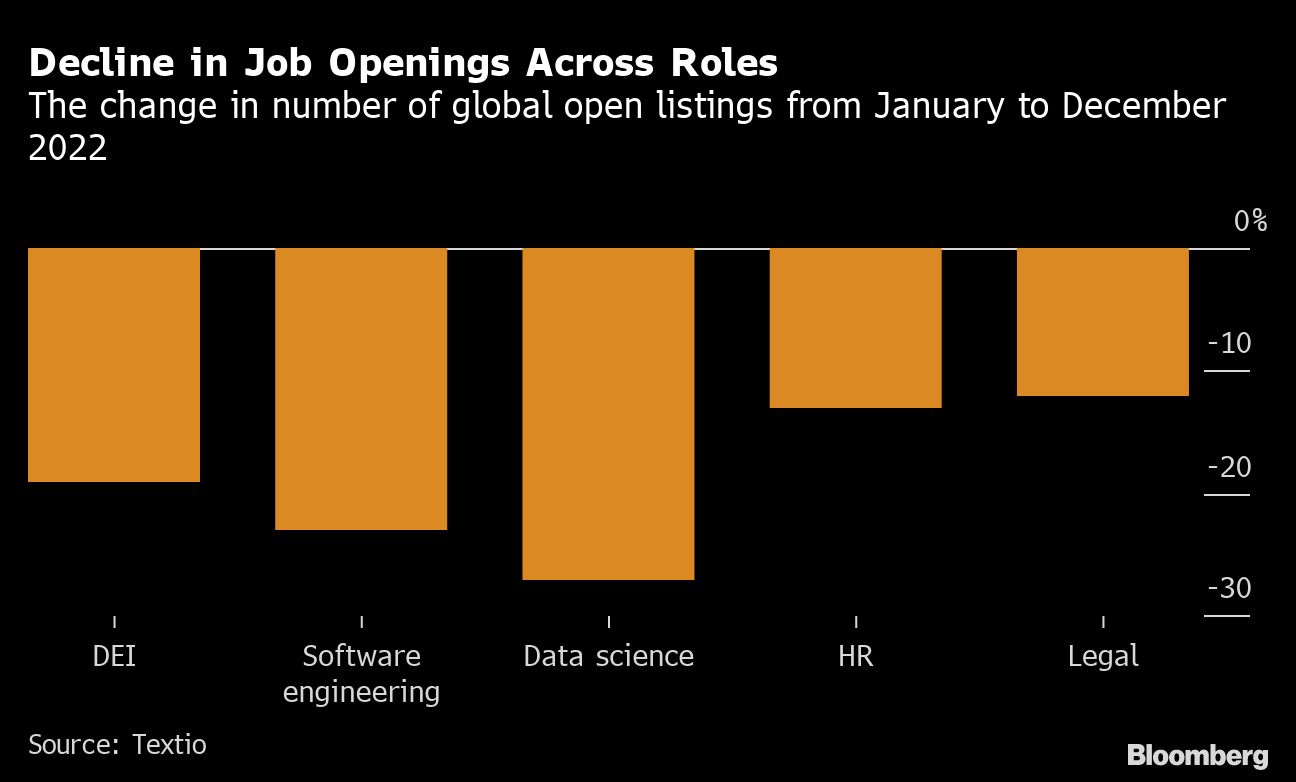 Bloomberg News identified DEI professionals who lost their jobs in recent weeks at Amazon.com Inc., Meta Platforms Inc., Twitter Inc. and Redfin Corp. Many said they expect their responsibilities will go to former colleagues who remain or to employee resource groups, which often don’t get compensated for that work.

“I’m cautiously concerned — not that these roles will go to zero but that there will be a spike in ‘Swiss army knife’ type roles,” meaning more DEI professionals will be spread thin as they take on additional job functions, said Textio Chief Executive Officer Kieran Snyder. The phenomenon isn’t likely limited to tech, either, as layoffs hit other parts of the economy.

Recent years have seen a diversity and inclusion hiring boom. After Black Lives Matter protests in 2020, organizations of all stripes made promises to boost gender and racial diversity in their ranks. Dozens brought in their first ever Chief Diversity and Inclusion Officers. In the three months after George Floyd’s murder, DEI job postings jumped 123%, according to data from jobs site Indeed.

“Cutting DEI oriented staff now, unless you’ve made really progress and can say ‘mission accomplished’ is not a good look,” said Angie Kamath, dean at the NYU School of Professional Studies, who focuses on workforce development. “There are some real risks.”

In some cases, companies might even backslide, said Monne Williams, an Atlanta-based partner at McKinsey & Company.

Workers are more likely to leave companies where equity efforts aren’t a priority. Nearly one in five female leaders have left a job in the past two years because of a company’s lack of commitment to DEI, according to an October report from McKinsey and LeanIn.org. In a 2019 survey of 2,000 workers, McKinsey found that 39% decided against pursuing or accepting a job because of a perceived lack of inclusion at a company.

“Diversity, equity and inclusion can’t be a thing that you only do when times are good,” Williams said. “If it becomes a flavor of the week, then companies will lose out on talent.”

Partly at issue is that companies tend to lean on a “last in, first out” approach to layoffs, said Brooks Scott, founder and CEO of executive coaching firm Merging Path Coaching. “Companies have rushed to think of the bottom line, but whenever we try to optimize for speed, we’re probably going to skip over diversity, equity and inclusion.”

Instead, he said companies should consider race, gender and ethnicity when deciding who to let go.

“The actual job of delivering real progress on DEI outcomes does not reside in a central chief diversity officer or small DEI team alone,” she said.