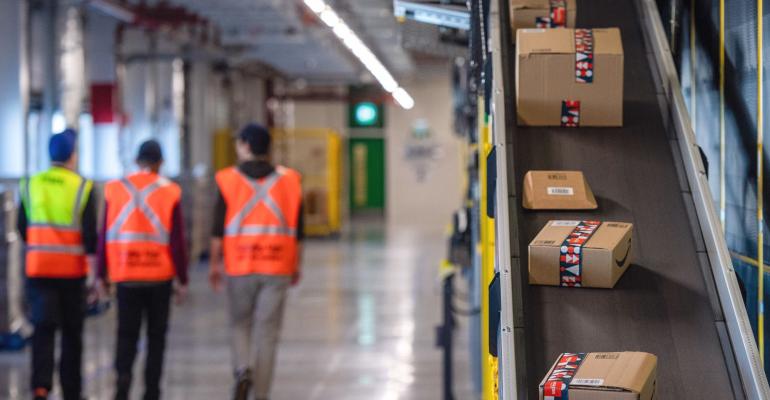 Amazon to Slash More Than 18,000 Jobs in Escalation of Cuts

The cuts, which were previously thought to affect 10,000 employees, fall heavily on retail and human resources.

(Bloomberg) — Amazon.com Inc. is laying off more than 18,000 employees — the biggest reduction in its history — in the latest sign that a tech-industry slump is deepening.

Chief Executive Officer Andy Jassy announced the cuts, which represent about 1% of Amazon's employees, in a memo to staff Wednesday, saying it followed the company's annual planning process.

The eliminations began last year and were previously expected to affect about 10,000 people. The move is concentrated in the firm's corporate ranks, mostly Amazon's retail division and human resources functions, like recruiting.

"Amazon has weathered uncertain and difficult economies in the past, and we will continue to do so," Jassy said. "These changes will help us pursue our long-term opportunities with a stronger cost structure."

Though the prospect of layoffs has loomed over Amazon for months — the company has acknowledged that it hired too many people during the pandemic — the increasing total suggests the company is bracing for a downturn. It joins other tech giants in making major cuts. Earlier Wednesday, Salesforce Inc. announced plans announced plans to eliminate about 10% of its workforce and reduce its real estate holdings. 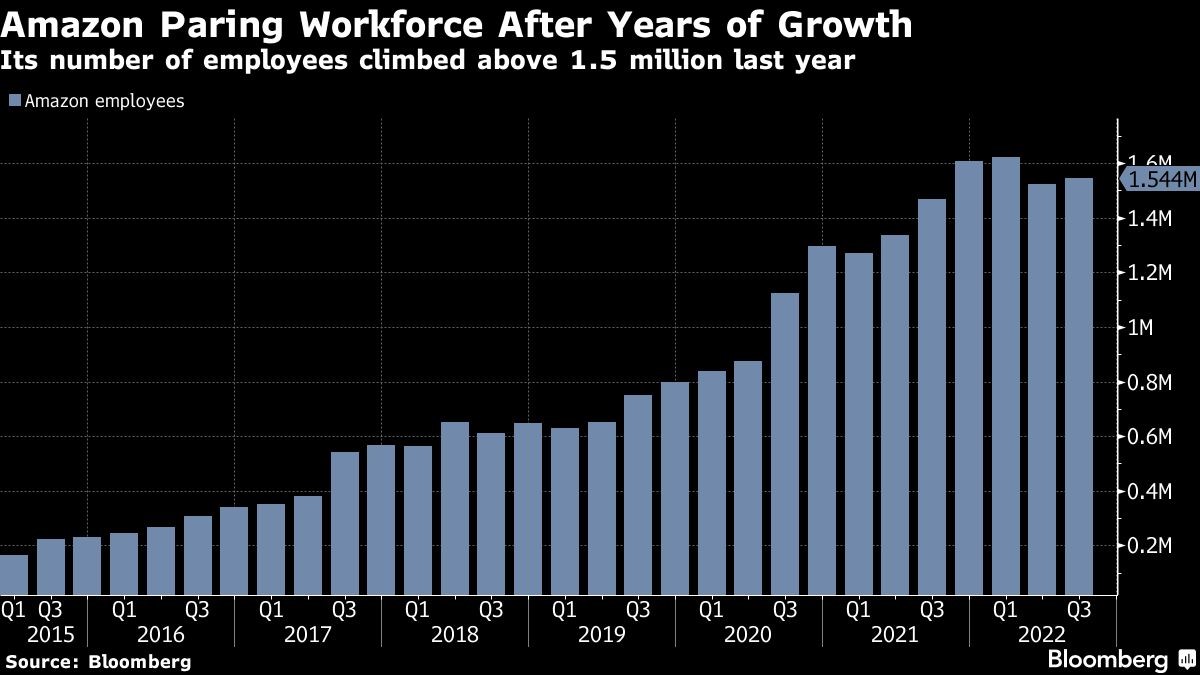 Amazon investors gave a positive reaction to the latest belt-tightening efforts, betting it may bolster profits at the e-commerce company. The shares were down slightly as New York exchanges opened on Thursday. The Wall Street Journal first reported on the plan.

Eliminating 18,000 workers would be the biggest cut yet for tech companies during the current slowdown, but Amazon also has a far bigger workforce than Silicon Valley peers. It had more than 1.5 million employees as of the end of September.

At the time the company was planning its cuts in November, a spokesperson said Amazon had roughly 350,000 corporate employees worldwide.

The world's largest online retailer spent the end of last year adjusting to a sharp slowdown in e-commerce growth as shoppers returned to pre-pandemic habits. Amazon delayed warehouse openings and halted hiring in its retail group. It broadened the freeze to the company's corporate staff and then began making cuts.

Jassy has eliminated or curtailed experimental and unprofitable businesses, including teams working on a telehealth service, a delivery robot and a kids' video-calling device, among other projects.

The Seattle-based company also is trying to align excess capacity with cooling demand. One effort includes trying to sell excess space on its cargo planes, according to people familiar with the matter.

Amazon, which began as an online bookstore, is seeing parts of its business level off. But it continues to invest in its cloud-computing and advertising businesses as well as video streaming.

The first wave of cuts landed heaviest on Amazon's Devices and Services group, which builds the Alexa digital assistant and Echo smart speaker, among other products. The group's chief told Bloomberg last month that layoffs in the unit totaled less than 2,000 people, and that Amazon remained committed to the voice assistant.

Some recruiters and employees in the company's human resources group were offered buyouts. Jassy told employees in November that more cuts would come in 2023 at its retail and HR teams.

In Wednesday's memo, Jassy said the company would provide severance, transitional health benefits and job placement to affected workers. He also chided an employee for leaking the news, an apparent reference to the Wall Street Journal report. The company plans to begin discussing the moves with affected employees on Jan. 18, he said.

"Companies that last a long time go through different phases," Jassy said. "They're not in heavy people expansion mode every year."