/sites/all/themes/penton_subtheme_itprotoday/images/logos/footer.png
Recent
Recent
Why Cloud File Storage Requires New Anti-Malware Considerations
May 09, 2021
Planning for Azure File Sync: Key Considerations
May 08, 2021
Troy Hunt: Organizations Make Security Choices Tough for Users
May 07, 2021
Move Over, Zoom, Holograms Are Next
May 07, 2021
How the US Postal Service Is Using AI at the Edge to Improve Mail
May 06, 2021
Featured
Is There Room for Linux Workstations at Your Organization?
Aug 07, 2020
Mozilla Shrinks to Survive Amid Declining Firefox Usage
Aug 18, 2020
Survey: Open Source Cloud Technologies Fit Devs Like a Glove
Feb 12, 2021
2020 State of AI Survey Report
Jun 30, 2020
Windows Server 2003 End of Support
brought to you by 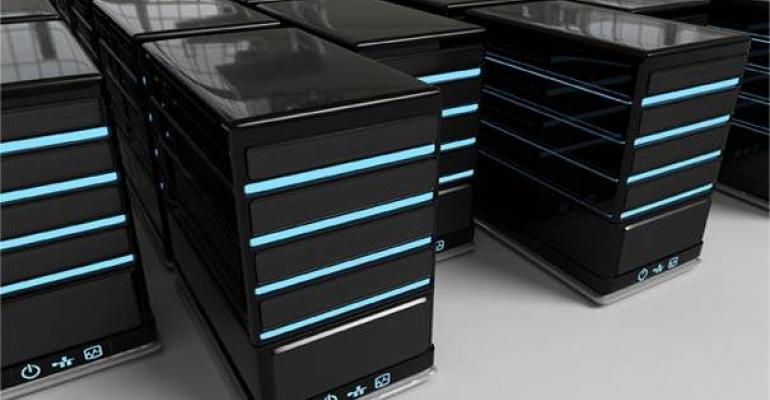 The number of domains required depends on a number of factors. The advice around which of these factors was actually relevant has sometimes been a little confusing. Whatever advice was available in the past, it’s fair to say that the advice that was available at the time that Windows Server 2003 was released is different to the advice on the number of domains that are necessary when you are using newer versions of the Windows Server operating system.

The upper recommended user account limit on domains using current versions of the Windows Server operating system is 100,000 users. The limit depends on how much bandwidth you have available in the slowest link between any two domain controllers. At the lowest level, if you’ve got a 28.8 Kbps link and only 1% of your bandwidth is available for replication traffic, a modern domain will still support 10,000 users. If 10% of that small 28.8 Kbps link is available, that number jumps from 10,000 to 40,000 users.

Most organizations have more than one domain. That’s because there’s a bit more to domain design than just a maximum number of users and replication to consider. Political issues often trump technical ones and there is nothing more political when it comes to systems administration than the question of who has administrative privileges over users in different parts of the organization.

Those of you who know a fair amount about more recent iterations of the Windows Server operating system know that with clever configuration of delegation, you can accomplish the same sort of administrative role separation that is usually the excuse for multiple separate domains. The old argument about requiring multiple domains for separate password policies has also been put to rest because of the ability (greatly improved in Windows Server 2012 R2) to create separate password policies based on group membership. Of course there is a bit of work involved in doing this, so many organizations just keep separate domains for the reason that their admins don’t understand privilege separation well enough to implement it correctly in a single domain.

You can find out more about account number limitations by reviewing the following TechNet article: https://technet.microsoft.com/en-us/library/cc732201%28v=ws.10%29.aspx