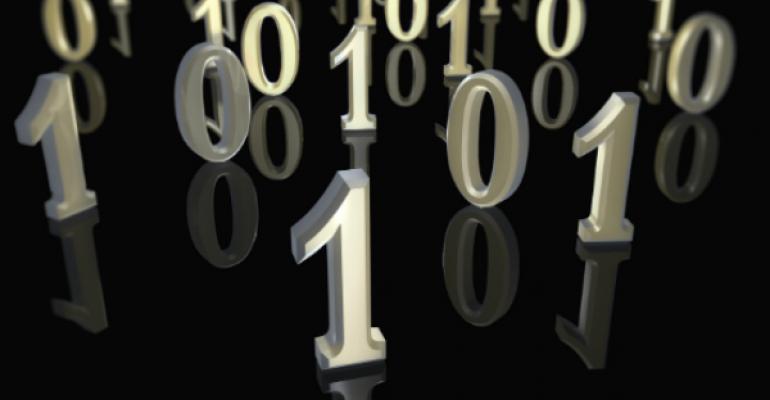 From Water Pumps to Sports Bikes, Manufacturers Like Their VDI

Since the days of Henry Ford and the Model T production line, the manufacturing business has been on a constant quest for tactics to bring down costs and speed up production.

Today, with digital technology increasingly vital to managing supply chains, maintaining quality control, and communicating across dispersed locations, virtual desktop infrastructure (VDI) has become an increasingly popular tool for manufacturers to sharpen their competitive edges. The recent introduction of graphics for the datacenter VDI environment enables employees who have never had the ability to work remotely access to 3D and 2D CAD models and assemblies.

From a jet ski assembly line in Nebraska to a water pump facility in Rhode Island, large-scale manufacturers with U.S. and global operations are finding virtualized desktop systems can streamline their work processes in both expected and unexpected ways. Whether it’s eliminating a quarter-mile trek back to the work station or cutting login times from minutes to seconds, efficiencies add up. In the following snapshots, we look at how three manufactures are deploying VDI in their production facilities and backend operations.

Constructing a future at Dayton Superior: Before implementing a VDI system last year, Jared Whitaker studied his options closely, knowing that few unified technologies would be up to the task of providing IT to an operation as complex as Dayton Superior.

“Flexibility was the biggest requirement,” says Whitaker, senior systems administrator at Dayton, a 91-year-old maker of concrete construction supplies. The Miamisburg, Ohio-based company manages a network of 13 manufacturing sites, operates across four continents, and maintains distribution centers in more than a dozen cities.

To make matters more complicated, Dayton planned to serve a wide variety of users, from sales staff to those on the manufacturing floor. Some could operate from a fixed workstation, while others needed to access work-related apps from their laptops and mobile devices while on the road.

Since installing VDI nearly a year-and-a-half ago, Whitaker says, cost savings and process improvements are evident. Today, all of Dayton’s production and sales staff are using virtual desktops. The system has enabled users to cut down their typical login types from minutes to seconds, compared to the previous system. More staffers are also able to work from home when necessary, helping ensure deadlines get met and giving workers greater scheduling flexibility.

As for IT staff, Whitaker says, bringing all the data and applications back to the data center is more secure. It’s also easier to manage applications, he says.

Taco Group puts VDI on forklifts and production lines: Taco Group (pronounced Tay-co) has been in business so long it actually predates the international popularization of the tortilla-based delicacy that shares its name. The Cranston, Rhode Island-based maker of water pumps and circulators was founded in 1920 and currently employs close to 500 across its sales, engineering, and production divisions.

Until about four years ago, the company’s office staffers worked in a fairly mainstream desktop computing environment. Factory workers and forklift drivers, meanwhile, followed a work process that included plenty of old-fashioned paperwork to track production and fulfill orders.

Since then, however, Taco committed to deploying VDI as broadly as feasible across divisions, says Dennis Rachiele, the company’s PC-network systems manager. Today, every forklift has a VDI-enabled computer, as does every production line, and 85% of Taco’s office staff. Rachiele says he’s optimistic about eventually bringing VDI to the remaining office staffers, mainly engineers with high-end workstations, as technology improves to handle processing-intensive applications.

So far, Rachiele says, VDI has enabled staffers, from IT managers to forklift drivers, to work more efficiently. Drivers, for instance, can access orders in real-time, and can be notified immediately of any changes in plans. On the production line, there’s no more grease-stained paperwork, as workers access all the information they need on-screen. Office staffers have expanded options for remote working. For IT folk, meanwhile, using low-cost tablets and centralized application delivery means fewer resources focused on purchasing and maintaining high-end machines and more streamlining the desktop experience.

Jet Skis, brought to you by VDI: Kawasaki opened its Lincoln, Nebraska plant in the 1970s, as one of the first foreign vehicle manufacturers to build a facility in the United States. Over subsequent years, the Japan-based company expanded its Nebraskan operations. Today, the operation churns out of Jet Skis, all-terrain vehicles, sport bikes and other rugged craft from a facility of multiple buildings measuring more than a third of a mile.

Paul Kramer, IS Manager at Kawasaki Motors Manufacturing Corp. USA (KMM), says mobility was a key driver of the company’s decision to adopt VDI. Lincoln employees wanted to be able to access crucial desktop applications that require graphics without making a long trek back to their workstations. Including GPUs in the datacenter allows designers working on CAD files and designs remotely.  Staffers who traveled for work wanted to access desktops seamlessly from overseas, as well as from home.

Today, the VDI system serves more than 400 desktops, and packages more than 100 applications, ranging from basic office apps to CAD tools. The system is saving time for IT staff as well. While in the past team members had to walk across the plant to troubleshoot and fix desktop problems or update software, such work can now be done from a centralized location.

This content is underwritten by HPE, NVIDIA and VMware.

Sponsor Content
How to Provide Secure, Privileged Access to Systems and Data in the Work-from-home Era
Sep 11, 2020