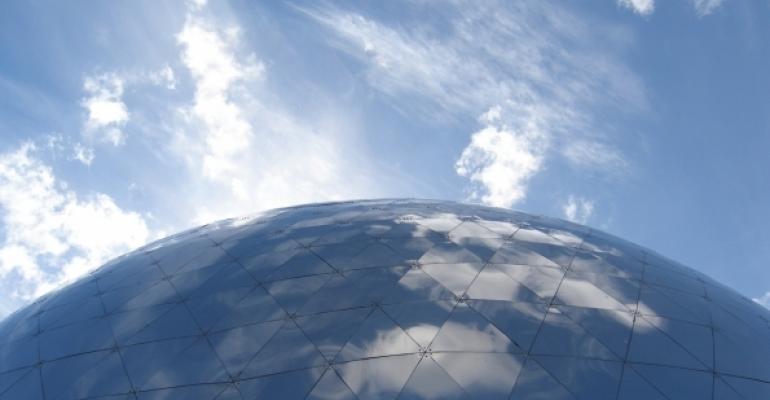 VDI is about to become as ubiquitous as its predecessor, server virtualization, according to an industry veteran.

VMware became one of enterprise IT's most important companies not long after its 1998 founding, when its server virtualization technology spread like wildfire through corporate data centers. The value proposition for this breakthrough was unambiguous: Get rid of a physical server and replace it with a virtual one, running with any number of others on a single machine.

In subsequent years, VMware's product catalog grew to include other offerings, including many for desktop virtualization. But VDI, whether from VMware, Citrix or other vendors, didn't have the same steep growth curve as did its older brother did for servers. Sundry issues of cost and complexity meant that the IT decision to move to VDI wasn't the same sort of easy no-brainer as consolidating servers.

But VMware says that's changing. VDI is now on the cusp of reaching the same level of ubiquitous acceptance as server virtualization, says Dave Grant, a vice president of product marketing in End-User Computing, which is what the company calls VDI.

Finally, the Year of VDI

In an interview, Grant described VMware's vision for the near-term future of VDI. It's one where hardware costs are lower and administration is greatly simplified. And it was inspired not just by trends from computing, but from European sports cars as well.

While Windows 10 is playing a role in accelerating VDI adoption, says Grant, most of the credit properly belongs to advances in VDI software from VMware and others. These changes, Grant says, will not only solve the price issue once and for all, but also make full Windows desktops as easy for IT to manage as mobile phones.

"People have been saying 'This is the year of the VDI' for the last five years," said Grant. "But we're starting to see the innovations that will finally make that prediction come true."

Windows 10 is playing a role in the accelerated move to VDI, says Grant, because companies are using the transition period to re-ask fundamental questions about their desktop strategies. Many of them, he said, are opting to get off the hardware upgrade treadmill, and switch to thin clients and virtualized Windows desktops.

Some under-the-cover Windows features are helping companies make that decision. Grant said Microsoft wrote Windows 10 in such a way as to give IT staffs the ability to administer it with the same ease and light touch they now use to manage their mobile phones. Vendors like VMware are reworking their software to build in support for the new features. "The new approach doesn't require all of the heavy lifting that traditional desktop management requires," Grant said.

VMware is bundling other features into its next generation of VDI software, notably continued support for its popular App Volumes feature, which allows administrators to basically flick a switch and "turn on" a Windows application inside a particular virtual machine, rather than go through the time-consuming Windows application installation process.

That feature alone, Grant says, will reduce the back-end hardware costs necessary for a VDI installation by as much as 30 percent. Much of the savings will come in storage, since the virtual machines stored for each user will be far more compact without the added overhead of permanently installed applications.

Configuration time will also be slashed, he said, with administrators able to set up new desktops, and configure them to the needs of a particular user, in just a few minutes.

VMware new suite of VDI management tools will be rolled out next year, and the company's view of it is reflected in the name they've given the product: Enzo. Grant, a car buff, said it’s a reference to Ferrari's super-powered Enzo, which the Italian sports car company produced between 2002 and 2004. Many of the features in Enzo, said Grant, were adopted from technologies like carbon fiber bodies that Ferrari had previously used only in its Formula One vehicles.

"Ferrari engineers stepped back and asked themselves what assets did they have from their racing team that they could use with a passenger vehicle," he said. VMware undertook a similar process with its own Enzo. "We asked ourselves, if we were going to start over and build our VDI system from scratch, incorporating the best practices we've learned over the years, what would we do?"

The result, he said, will be a rapid re-acceleration of VDI uptake. "We think that the adoption curve is going to ramp upwards significantly," he said. "It will be taking us to an entirely new world.”