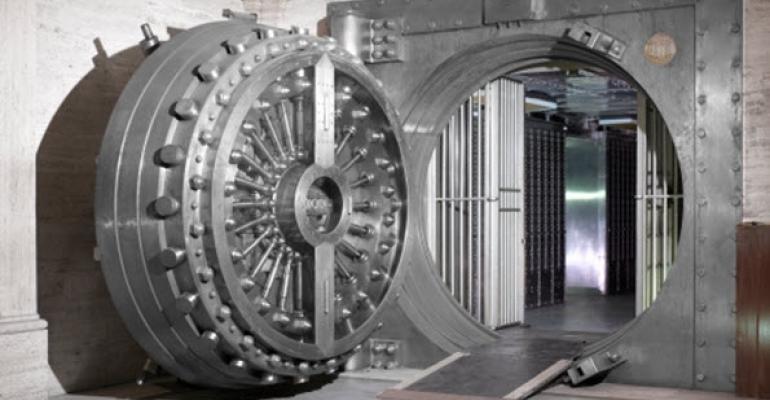 Virtual machines started showing up in banks soon after they were introduced, and today the full range of virtualization products are in use at just about every financial services company.

The financial services sector of the economy, encompassing everything from bustling Wall Street brokerage houses to small neighborhood banks, is one of the main customers for IT products of all sorts.

It’s an especially avid user of desktop virtualization technologies. Virtual machines started showing up in banks and the like almost as soon as they were introduced, and today the full range of virtualization products can be found at just about every financial services company.

Here's a quick tour to show the many ways the sector is putting virtualization to use.

Flushing Bank has 500 employees spread over 19 branches in Nassau County and New York City. A main concern of its IT department involved beefing up the security of the customer data contained on the many desktop and notebook PCs used by its employees. In setting up a virtual desktop environment, Flushing Bank was able to centralize customer information in a single secure data center.

After an 18-month pilot, the bank decided to set up a primary data center supporting 150 desktops, and to serve another 150 desktops through a secondary location. For end user terminals, the bank converted existing desktop PCs into thin clients.

Regular Windows office productivity apps were just one of the things that needed migrating to the new environment. At teller stations, for example, there were such peripheral devices as fingerprint readers and check scanners that also had to be part of the migration.

With the implementation, the bank immediately achieved its goal of helping to lock down sensitive customer data. It also began to realize many of the benefits associated with virtualization efforts, especially the ease with which software upgrades and patches can be installed.

Disaster recovery is on every IT administrator's list of things that need tending to. Many companies are in less volatile parts of the world, and fortunately for them, they don't receive daily reminders from the front pages about how crucial it is to be prepared to recover from some disaster, especially one with natural causes.

Now consider the Fukuoka Hibiki Shinkin Bank, a community-based credit union in the Fukuoka prefecture, located on Japan's southern-most island. The bank, created after a number of mergers, has been an integral part of the local community for nearly a century.  In 2014 it realized that its disaster recovery plans weren't adequate for the sorts of natural emergencies that the country had unfortunately just undergone.

The bank switched to a VDI solution, relocating its disaster response team out of a branch office and into a specially ruggedized central data center. From here, new machines could be created at a working branch in 15 minutes, with crucial customer data protected. Even better, the bank discovered that the virtual machine setup process could be handled by almost any employee, and didn't require extensive training in VDI management. The 40 percent savings in the total cost of ownership was regarded as icing on the cake.

Many banks would consider opening a few dozen new branches a year to be a daunting operation. Imagine, then, the challenges faced by HDFC Bank in India. It provides all of the services associated with normal consumer banking, but does so on a scale appropriate to the sub-continent’s massive population. During one recent four-year stretch, the company opened up 1,700 new branches, for 40 million new customers.

The logistics of actually building out that many new offices, and then giving them the necessary datacenter backup, are beyond the capacity of just about any operation. So HDFC decided that each new "branch" would be built around a virtual machine, networked together in a cohesive VDI.

This made it possible to open up a new branch in as little as 10 days. At one point, the bank was on a major expansion push, and was able to start up 100 new branches in just a week.

With an accompanying program of server consolidation, the bank was able to quadruple the efficiency of its datacenters. Overall cost of ownership, says the bank, has been reduced by nearly a third. And there's been no slowdown in new branch openings.

You would expect an outfit with a new economy name like MoneySupermarket.com to have a fresh perspective on IT challenges, and the UK's leading price discovery site, with annual revenue of around £200 million, doesn't fail to deliver.

Executives at the company were persuaded that their 500 employees would be most productive if given some flexibility in where they were allowed to work, and what devices they would be able to use when they got there. But everything needed to tie in to the Windows desktops on which the company had standardized.

In other words, exactly the sort of job for which Virtual Desktop Infrastructure was designed. The company did a test project with a group of employees in its London office and discovered an entirely new style of working: The "clean desktop." A thin-client connected machine sits on top of a desk; when the employee leaves at night, the machine is switched off -- and disabled at the back end -- and whatever papers might be on the desktop are locked in a drawer. So in addition to the lower capital costs, greater security and increased ease of administration that are usually associated with VDIs, the firm discovered another advantage: simple tidiness.

• After Almost a Decade, Lessons from the VDI Frontier