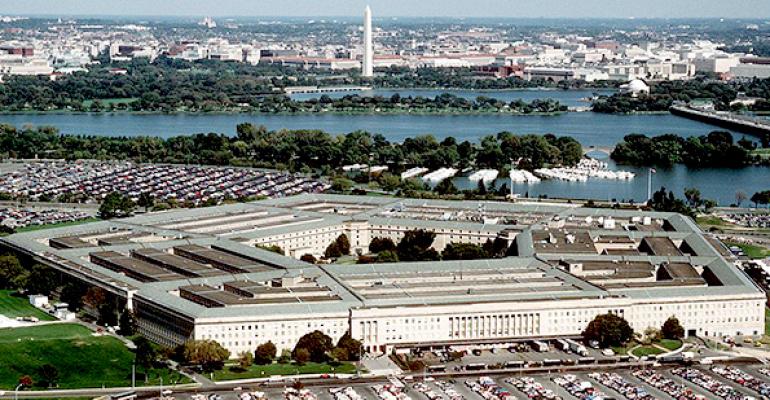 When you think of the United States Army, you may envision a marching column of troops. But like every other organization, the military is challenged with constantly improving its technology and capabilities. And those troops now have a lot of computing power behind them, thanks in part to the use of VDI at the Pentagon.

It’s an organization interested in converged systems, effective application deployment and heightened security. It might sound like your average Fortune 1,000 operation, but it's actually the United States Army, where "company" means something it doesn't anywhere else.

The Defense Department is of course a formidable IT consumer, with its needs ranging from basic word processing to the management of complex, highly sensitive data that supports people working in challenging field conditions. But it may be surprising to learn how much the DOD has embraced desktop virtualization.

The Army, for example, has an active effort underway to transition to Virtual Desktop Infrastructure (VDI) for all of its 14,000 desktops inside the Pentagon. Greg Garcia, executive director of the U.S. Army Information Technology Agency, described the program in a recent interview with Federal News Radio.

According to Garcia, the Army is interested in desktop virtualization for most of the same reasons that everyone else is. "We're focused on providing great service to our customers, while balancing capital and operational investments. And we want to keep a firm footing in cyber security. Virtualization is all about effective delivering of services while at the same time reducing complexity."

The VDI efforts started two years ago, with what Garcia described as a small pilot project involving a few hundred users. "We wanted to be on the leading edge, not the bleeding edge," he said. Keeping the rollout small helped Garcia's team identify the bottlenecks that might have spelled catastrophe if all Army desktops had been included from the get-go.

For example, the first users experienced frustrating delays as they fired up their thin clients. IT sleuths went to work, and discovered that the Pentagon's network had a logic all its own. In some cases, IP packets had to make 11 hops between the server and the client. LANs were reconfigured, and performance quickly improved.

Once those sorts of bugs were identified, Garcia said, the pilot quickly validated the team's optimistic expectations for VDI. Patching Windows, which used to require a trip to every desktop in one of the world's largest buildings, now could be done on a central server. "What used to take weeks could now be done in seconds," he said. "You patch once at the server, and everyone pulls down the same image."

Saving power was also a high priority for Garcia's team, which discovered that moving to thin clients resulted in electricity savings approaching 80 percent.

The Army is rapidly building out its VDI effort, to the point where all 14,000 people working inside the Pentagon will be on virtualized desktops by the end of next year. The program has been so successful, said Garcia, that the Marines and the Air Force may soon follow suit.

Of course, no military program would be complete without its own collection of DOD acronyms, and Garcia's team developed their own list. For example, a collection of active directory listings became known as the "Joint Active Directory Environment."

That's JADE to you, private.

Desktop Virtualization Realized is underwritten by HP and NVIDIA and is editorially independent.