/sites/all/themes/penton_subtheme_itprotoday/images/logos/footer.png
Recent
Recent
Microsoft, Salesforce Add $300M to Carbon Removal’s Growing Cash Pile
May 25, 2022
3 Reasons Why Private Cloud Computing Is Losing Its Appeal
May 25, 2022
3 Challenges Hurting Application Modernization — and How to Tackle Them
May 24, 2022
AI in Business: Can Ethics Be Reduced to Metrics?
May 24, 2022
Featured
5 Best Practices for Compliance-Proofing Your Cloud Strategy
May 18, 2022
4 Reasons Why AWS Could Lose Its Dominant Cloud Market Share
May 10, 2022
How to Spot the Warning Signs of Ransomware Attacks
Apr 20, 2022
Best Windows 11 Tips and Tricks: Top 11 Articles
Mar 18, 2022
Desktop-VDI
brought to you by 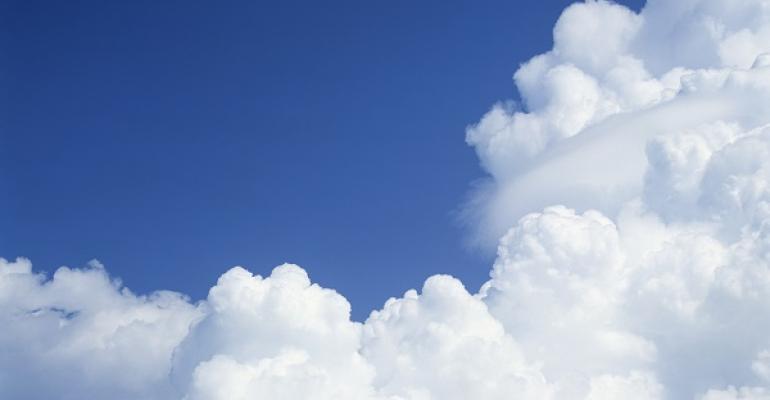 These days, companies are successfully using public, private and hybrid cloud infrastructure for their VDI deployments.

Is it better to go public, keep it private, or try something in between? Those are the options enterprises face when deploying virtual desktops and cloud infrastructure.

While historically, IT managers have deployed virtual desktop infrastructure (VDI) in a private cloud environment, service providers say that’s starting to change. Today, more are looking at public or hybrid approaches as these technologies mature and security features improve.

“The public cloud is mature enough at this point that (VDI) customers can move over and not feel that they’re going to have issues,” says Michael Fraser, CEO of Infinite Ops, developer of a dashboard for cloud workspaces. That said, he still sees scenarios in which a private or hybrid approach is preferable, often due to licensing issues, processing-intensive use cases or existing investments in legacy data center infrastructure.

Whatever cloud approach one chooses, there are apt to be trade-offs. The lowest-cost option, such as with open source platforms, may not be the most secure. The newest technologies, such as customized hybrid systems for highly-regulated industries including healthcare, may have unresolved bugs.

Below we look at some pros and cons of VDI deployments in public, private and hybrid cloud environments, with an eye to which solutions work best for which types of users.

Go Public: For IT managers, implementing a cloud and VDI solution is usually a secondary hurdle. The first step is convincing the executive suite to fund the project.  That’s no small challenge, which is one reason public cloud infrastructure holds appeal.

A public cloud deployment can be an easier sell to higher-ups because it requires less up-front expenditure, says Karen Gondoly, CEO of Leostream, a developer of hosted desktop management software that serves mostly large and midsize companies.

“You’re renting space in the public cloud, so you can rent it only when you need it,” Gondoly says. As such, finance executives can categorize the expenditure as an operational expense rather than a capital investment and tend to be more amenable to approving it. Leading public cloud service providers have also slashed prices drastically in the past year or so, making this an even more appealing option.

Keep It Private: For enterprises that demand robust internal control of applications and data exchange, private cloud is still the way to go. That’s why companies in industries like healthcare and finance, which manage a high volume of sensitive data, may be reluctant to incorporate public cloud services into their operations.

“A private cloud is a more secure option,” says Fraser. Executives often have a greater sense of control in preventing breaches and demonstrating to customers that their information is secure, if they are managing data center and server infrastructure in-house. For VDI users in particular, a private cloud can also make licensing easier. Windows 7 and 10 are good examples, Fraser says, in that licensing restrictions make it difficult to deliver those operating systems to virtual desktops without a private cloud.

A private cloud VDI solution is also an attractive option for companies which have already invested in the equipment and resources to manage infrastructure in-house.

Hybrid Approach: Of course, public or private cloud is not a binary choice. Many enterprises try to combine the best of both approaches, with an eye to lowering costs while maintaining control over internal security. In the case of VDI, this could mean hosting a private cloud for internal users but allowing those users to interface with customers through public cloud infrastructure.

Even companies in compliance-heavy industries like healthcare are becoming more willing to adopt a hybrid approach, says Fraser. Many public cloud service providers are developing hybrid solutions for companies in these industries, he adds.