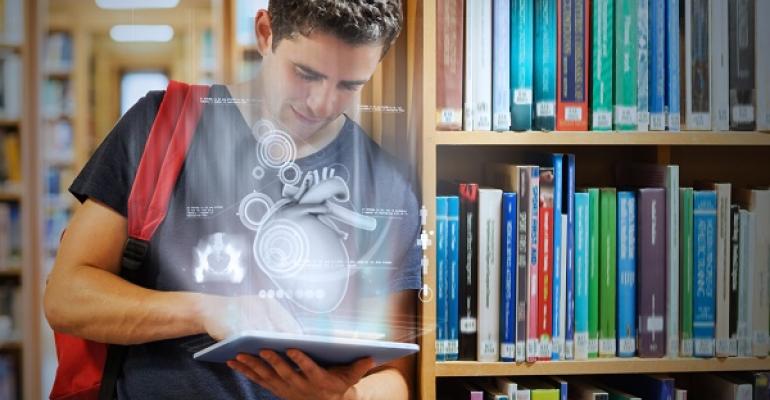 Students and faculty at the University of Southern California’s Viterbi School of Engineering have a history of demanding cutting-edge computing, and with good reason.

We might not have the modern Internet were it not for the work of USC researchers, including Jonathan Postel, the famed engineer who authored the initial communications protocols for the fledgling network. Today, the institution continues in that vein, spending more than $100 million in computer science research annually.

In the past, students had to go to one of the on-campus computer labs for that type of work. While at least 960 machines were available across campus, the prospect of growth in class enrollment threatened to strain those resources. As well, efforts to expand online courses required that students be able to access more applications while off campus.

“Our students have continued to demand access to our engineering software anywhere, anytime,” Goay says. Only in the past two years has available technology made that feasible.

Goay says he began piloting a new VDI system for graphics-rich applications at the school in 2014. The first year focused on the proof of concept, troubleshooting and cost-containment. Now, students and faculty are using their own laptops and tablets to access high-end applications. Since all the computation is conducted on the server side, students can complete assignments on ordinary personal devices including mid-range PCs, Macs and potentially iPads, iPhones and Android devices. The ability to use graphics-rich applications from personal devices is made possible through NVIDIA processing card technology. The card technology is built to run with the school's existing VDI infrastructure.

Close to 8,000 Viterbi students have access to the mobile engineering applications; the most popular are CAD and 3D rendering tools as well as ArcGIS, a mapping and spatial analytics platform. Students can sign on to the tools with their regular university identification, rather than needing new logins.

The demands that a university setting places upon the VDI system are somewhat unique, says Goay. In a business, there are typically a fixed number of heavy users for graphics-intensive applications and their work hours are reasonably predicable. In higher education, there are often more users, but each only tap in a few hours weekly.

Implementing the new system was a learning experience for Viterbi’s IT staff. One lesson learned is that software licenses need to be compatible with expected usage, according to Goay. Ideally, the license should be suited for an environment with a large number of users on varied devices, many of whom will be accessing applications for a short period of time. For the VDI application, a floating license not tied to a particular device works better than a locked license, which applies to a specific workstation.

Another crucial issue is sizing appropriately when choosing hardware and server components. Determining that right level is challenging in an educational environment where demands on the system fluctuate sharply over the academic year.

“You need to make sure you have enough of the resources, but don’t buy more than what you need,” Goay says.

Underwritten by HPE, NVIDIA, and VMware