/sites/all/themes/penton_subtheme_itprotoday/images/logos/footer.png
Recent
Recent
Troy Hunt: Organizations Make Security Choices Tough for Users
May 07, 2021
Move Over, Zoom, Holograms Are Next
May 07, 2021
How the US Postal Service Is Using AI at the Edge to Improve Mail
May 06, 2021
Zoom Continues to Innovate at Blistering Pace
May 04, 2021
Ransomware Task Force Publishes Framework to Fight Global Threat
May 04, 2021
Featured
Is There Room for Linux Workstations at Your Organization?
Aug 07, 2020
Mozilla Shrinks to Survive Amid Declining Firefox Usage
Aug 18, 2020
Survey: Open Source Cloud Technologies Fit Devs Like a Glove
Feb 12, 2021
2020 State of AI Survey Report
Jun 30, 2020
Desktop-VDI
brought to you by 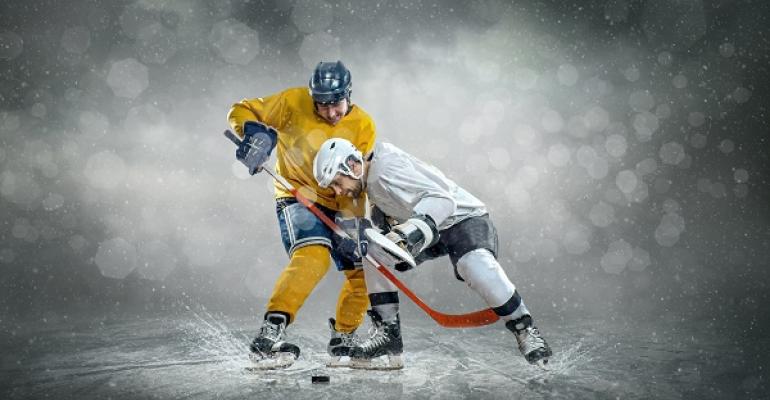 There&rsquo;s more to running a successful sports team than having the best players and coaches: the right IT infrastructure is also critical.

A pro sports team’s success relies on ferocious competition on the field, court or rink. But behind the scenes – for filling seats, scouting the next star or crunching player data to strategize winning plays – sports franchises put ample pressure on their IT departments. Often, franchises are turning to virtual desktop infrastructure to meet those demands. Whether it’s in the interests of reducing tech support workloads, tightening security or expanding mobile access to work applications, IT managers find the centralized control and data storage enabled by VDI allows them to do more and spend less.

“Our scouts are always sharing information over the Internet,” says David Enriquez, senior IT director for the Florida Marlins.  Now, with the franchise’s VDI-enabled IT setup, the organization no longer must risk losing data to insecure devices.

Here’s how three pro sports teams are getting their VDI game on:

Wild about VDI: Minnesotans take their hockey seriously. While the wintry Midwestern state is home to less than two percent of the U.S. population, it boasts nearly 20 percent of the nation’s youth hockey players. At the pro level, fans are just as intense, routinely and loudly filling the St. Paul-based Xcel Energy Center, where the Minnesota Wild NHL franchise plays its home games.

Keeping the operation running smoothly falls to the IT staff of Minnesota Sports and Entertainment (MSE), the organization that owns the team. For several years, MSE has been relying on VDI to help run its finance department.

IT managers point to several efficiencies from VDI, including the ability to centralize software management in the data center and to give finance staff access to in-house applications from virtually anywhere with an Internet connection.

Staffers aren’t just relying on VDI to get them through hockey season. The MSE also operates the home arena and other entertainment venues in the metro area, booking concerts and events. After implementing VDI, IT saved 43 percent on equipment and personnel support costs over previous years, according to Jim Ibister, vice president of facility administration for MSE.

Home Run for IT:  Running fast was always a job requirement for Miami Marlins players. But until 2012, most of the staffers managing the baseball franchise were expected to stay in place, tied to physical desktops in the office.

Things changed four years ago during construction of a new ballpark. In part to make sure the franchise’s 400-plus employees had consistent access to applications during the transition, the Marlins adopted a VDI system. Today, employees can work anywhere in Marlins Park or elsewhere, from laptops and other mobile devices. Traveling scouts can share large files with franchise staffers and executives in Miami, without a glitch.

VDI is also playing a role in ticket sales. With mobile devices, sales agents can tour the park with a potential customer to look at various seating options and process a ticket order in real time. The mobile sales capability has translated into higher ticket sales, according to Enriquez.

SSE has been using virtual desktop infrastructure since 2013, supporting more than 250 desktops. In addition to managing the Sharks, the franchise oversees a busy lineup of concerts at its home stadium and operates several ice rinks.

The franchise chose VDI based on several factors, including the growth in smartphones and tablets, a desire to reduce the enterprise’s energy footprint and the ever-growing size of files crossing the network, says Uy Ut, director of IT for SSE. Scouts are habitually on the road seeking out new talent and communicating with coaches and executives to negotiate contracts; having a secure infrastructure that also allowed mobile access was crucial.

“If someone loses an iPad at an airport, no one has to worry about that knowledge getting into the wrong hands,” Ut says.