/sites/all/themes/penton_subtheme_itprotoday/images/logos/footer.png
Recent
Recent
To the Test: Extreme Hard Drive Disposal Methods
Jul 04, 2020
Solving the US Data Center Renewable Energy Puzzle
Jun 30, 2020
How the Pandemic Has Forced a New Normal in the Data Center
Jun 30, 2020
Open Source NAS Update: As Much about Development as Storage
Jun 30, 2020
FinOps Foundation Brings New Focus to Cloud Costs
Jun 30, 2020
Featured
Make Remote Working Work for the Enterprise
Oct 09, 2019
Windows 7 to 10 Migration Tools Buyer’s Guide
Jun 17, 2019
5 Key IT Skills for the New Decade
Jun 27, 2019
Is the DevOps Model Killing the Developer? In a Word, No
Jun 29, 2020
All About Converged Architecture
brought to you by 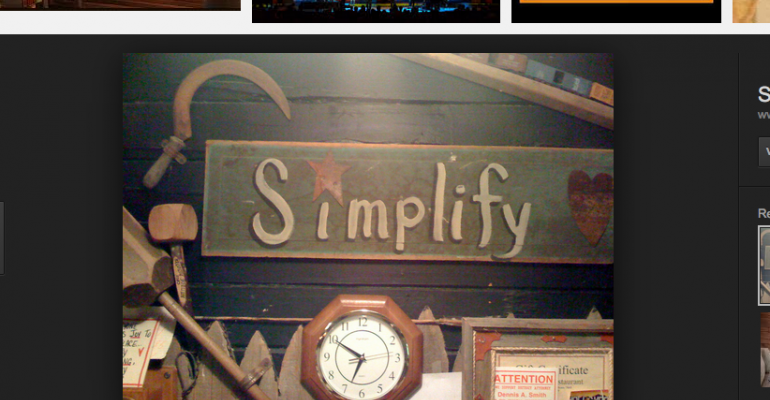 According to a recent report from the Aberdeen Group, technologies such as software-defined networking, private and hybrid cloud platforms, and improved networking and connectivity allow for today&rsquo;s converged infrastructure systems to provide capabilities and features that older converged systems did not have.

In the IT world, convergence—or, at least the quest for convergence—is not new.  But today’s converged systems are leveraging technology more effectively and being applied more judiciously.

According to a recent report from the Aberdeen Group, “The Rise of Converged Systems and the Evolution of Data Centers,” technologies such as software-defined networking, private and hybrid cloud platforms, and improved networking and connectivity allow for today’s converged infrastructure systems to provide capabilities and features that older converged systems did not have: “[Today’s converged infrastructure systems] are more dynamic, able to work with and integrate intro infrastructures more effectively, and can leverage modern cloud and networking technologies to improve performance, reliability and disaster recovery,” according to the report, published in December 2015.

In the survey the report is based on, organizations were asked about the state of their server infrastructure and how converged and hyper-converged technologies are changing their data centers. The responses show that 43% of businesses have already deployed converged and hyper-converged systems, a number that will grow to over 50% this year. “Clearly, enterprises are seeing value in the use of this new technology, over and above its predecessors,” notes the report.

The report’s author, Jim Rapoza, senior research analyst and editorial director at Aberdeen, said the reality of converged systems has finally caught up with the promise.

“There has always been interest in these kind of systems,” said Rapoza in an interview. “After all, businesses are always looking for some way to reduce the hardware they need to purchase and manage. But the reference architectures and “cloud-in-a-box” systems of the past were never able to fully deliver on that promise. However, with the rise of cloud computing and software defined systems, technology has finally evolved to make converged systems that are able to fully deliver on powerful, integrated and flexible platforms that can ease management, boost performance and reduce the demand on IT.”

When asked why they were choosing converged infrastructure systems, 63% of respondents noted simplified and integrated management. Integration among cloud, storage, server and networks was named second most often, at 44%, tied with reduced hardware-based cost savings.

Here is a breakdown of respondents’ reasons for turning to converged systems:

What’s pushing you toward converged infrastructure? What’s stopping you? We’ll explore the latter in an upcoming post.