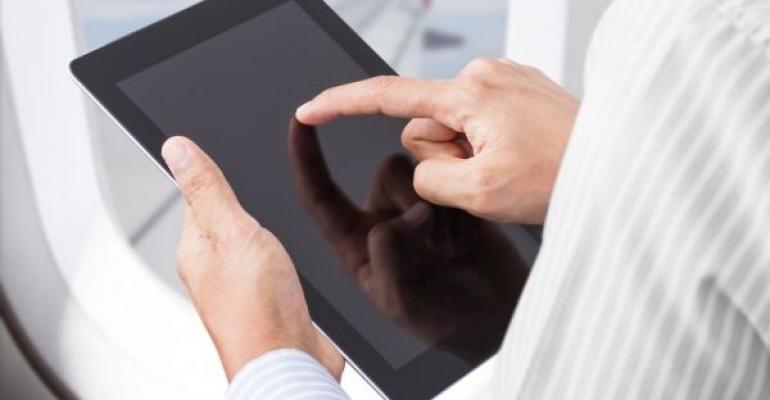 At SAP, new applications for VDI tackle the most complex graphical challenges, even at 38,000 feet.&nbsp;

With annual sales well above half a trillion dollars, enterprise computing is one of the biggest, most closely-watched parts of the tech world. Few companies are as important in this space as SAP, a fact that makes its accelerating moves to embrace desktop virtualization worth watching.

SAP's David Cruickshank said the company has embraced desktop virtualization, especially as it applies to graphically-intensive applications that take advantage of a new breed of VDI-enabled graphical processing units. "We have to stay on top of where our end users want to be," he said, running projects that demonstrate the capabilities of VDI while optimizing the software's performance in virtualized environments.

Cruickshank is director of strategy and operations at SAP's Palo Alto-headquartered Co-Innovation Lab, which engages in joint research with vendors in the company’s ecosystem to develop and highlight advances in enterprise computing.

Designing a Motorcycle at 38,000 Feet

One of the lab's biggest recent VDI projects was a proof-of-concept showing how a graphically-intensive CAD application could deliver an entirely acceptable user experience, even in a virtualized environment over the thinnest of clients.

"We asked ourselves: ‘Can we do something that was previously only possible inside a local area network?’ And the answer was clearly, 'Yes,'" he said. "We were able to have someone using only an iPad interact with a CAD drawing with more than 42 million vertices."

The project was aimed at terrestrial users, but Cruickshank said the VDI application worked even when engineers were logged on from an airplane, via the plane’s regular in-flight WiFi access.

"Obviously, you wouldn't want to have to work with an airplane's bandwidth every day, especially with the biggest files. But we had no trouble on the flight calling up the design of a motorcycle via the VDI, and then spinning the image on the screen and zooming around in it."

Similar efforts have been undertaken between SAP and its partners in geographic information system applications, Cruickshank said, with software that, for example, provides insurance companies with "heat maps" of urban areas that showed where car thefts are most likely to occur.

And engineers are working in the Co-Innovation Lab on a project designed to precisely calibrate what he described as "the VDI equivalent of T-shirt sizing" — predicting exactly the performance a VDI installation will achieve given the hardware and software dedicated to the job.

Cruickshank said SAP is seeing increased interest in graphically-oriented virtualization in all parts of its customer base, not just in traditional niche markets like call centers, but also for general Windows desktops and even high-end "power users."

Two macro trends, he said, are behind it all.

The first is the fact that graphics are becoming increasingly central to nearly all computing applications, not just high-end engineering and design tasks.

"There no getting around the fact that we have become a more visually-oriented world, in large part because of the Internet," he said. "We have become completely comfortable with the idea of streaming whatever we need to see or hear. And we get impatient when we can't."

The second driver, he said, is the increasing importance of mobile computing, with workers of all kinds wanting to be able to log onto the office network from wherever they happen to be, on whatever device they happen to have with them.

Most of the time, that means being able to quickly check email on a mobile phone while at lunch, or using a home computer to finish off a PowerPoint presentation after dinner.

But there are a growing number of specialized applications too. "A mobile sales force is a good example," Cruickshank said. "Imagine maintenance workers out on an oil platform, carrying nothing more than a tablet. With virtualization, they can look at a drawing and then drill down in as much detail as they need, even to the point of getting a specific part number in case they need to re-order it."

Indeed, said Cruickshank, there are nearly an endless number of use cases "in which people want the most visually intensive experience they can have. Now they can have them even in the remotest locales, like the jungles of Borneo. Our job is to get people to appreciate everything that today's hardware and software makes possible."