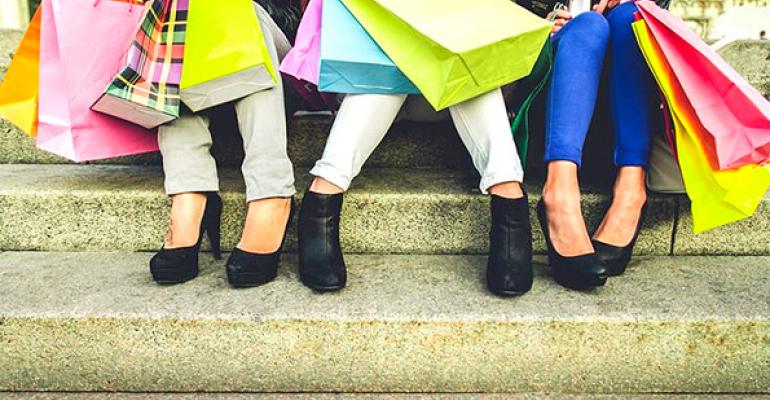 As the world of retail transforms from physical storefronts to letting people buy anything, anywhere, anytime, IT leaders are turning to virtualized desktops.&nbsp;

The old saw about retailing says that success depends on three factors: Location, location and location.

Now, we should add a fourth, one that happens to share the same Latinate suffix: Virtualization.

It's well-known that global retailing is going through an epic transformation, as traditional brick-and-mortar stores fight with changing tastes and demographics in their home countries, along with the ceaseless rise of the Web as a force in commerce.

Their response to these changes occurs over many fronts, including several led by IT departments. And high on the list of technology strategies that retailers are implementing to deal with a changing world is desktop virtualization.

A quick survey of what is happening at a few of the world's leading retailing operations helps explain exactly why that's so.

Audionova is a Dutch company that is one of Europe's leading hearing aid retailers. It has 1,300 shops in 11 countries across the continent, and is always exploring expansion opportunities.

It's common in retailing to have a point-of-sale system, and Audionova outlets certainly have those. But they also have some IT that is unique to their trade, notably the sophisticated hearing test equipment, which happens to be PC-based. To operate properly, this equipment must be carefully calibrated, since the signaling used to test a customer's auditory responses must be timed exactly.

During a recent Windows upgrade, the company was faced with not only installing a new OS, but also deploying a new version of its testing software in every single store.

So the company decided to switch its desktop support to a VDI-style operation. This had the obvious benefit of allowing more than a thousand individual machines to be configured and controlled from a single location. And not just Windows, but also the sensitive signal timing operations that are so crucial in fitting a customer with the right hearing product.

But there were other advantages to VDI. For one, Audionova had never previously collected all of its customer testing data in a single location, as the activity was spread across the entire continent. With VDI, though, the information could easily be collected into a single database.

That gave engineers at the company insights into product trends, and with them, ideas for new technologies. It also provided corporate development with the kind of geography-based business intelligence that is crucial to figuring out an expansion strategy.

Jamba Juice is a fixture in malls throughout much of the United States, along with Canada, Mexico and several counties in Asia. The fruits used by Jamba for their popular smoothies are decidedly local in origin. But the 800 Jamba stores get much of their administrative support long-distance. Several key functions, like accounting and human resources, are run in a Jamba operation located in Bangalore.

The staffers in India need access to Jamba's operational IT systems, including store-based PCs. And that is where a VDI comes in. Now, a Jamba employee in India can use a VDI login to connect to the desktops in the chain's Emeryville, California, headquarters. They can do the same with every individual Jamba store.

And since Jamba's IT operations are also in Bangalore, providing desktop support to a scattered collection of stores becomes a simple matter. Centralized help desk workers use the VDI to log into a remote desktop needing assistance, which is tantamount to sitting down in person in front of the machine needing service.

For several decades, Malaysia has had one of the world's fastest-growing economies, and Mydin Mohamed Holdings, now the country's largest retailer, has been growing right along with it. The company started in 1956 as a single toy store. Today, it has 55 general retail outlets and four supersized "hypermarkets." Total employment: 6,500.

Between 2000 and 2010, the company went through a series of virtualization waves involving servers and centralized apps. In 2009, it was ready to virtualize its desktops as well. The IT team rolled out a VDI that turned the PCs in individual stores into thin clients, all of them accessing a centrally-administered desktop platform.

As is almost universally the case, the move decreased hardware costs and greatly simplified the task of providing end user support. It was such a success that the company expanded the VDI to include 500 staffers at its headquarters operation. With the new system in place, the staffers could access their desktops no matter where they were, or what sort of device they were connecting from.

Mydin's IT department could scarcely have asked for a greater return on its investment, since some of the solutions paid for themselves in just two months.

It's easy to see how that would happen. Before the VDI, it took 120 person-hours just to install a simple software patch throughout the retailing empire's PCs. Post VDI, all that was needed was 15 minutes.

A certified case of working at the speed of business.