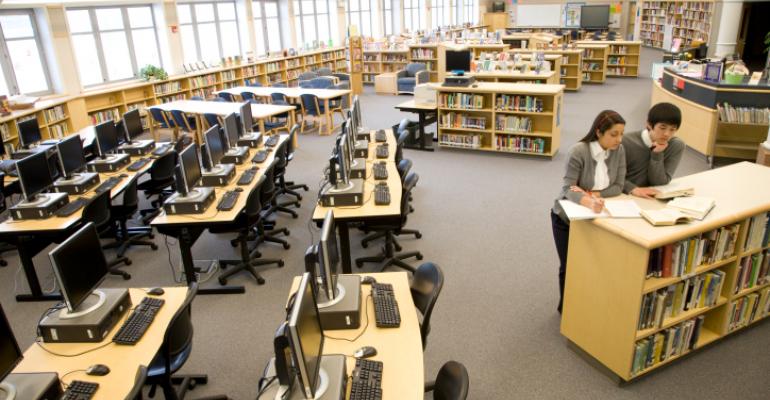 The Quietest Virtual Desktop Environment: VDI at the Library

Today&#39;s public library is an internet-equipped central square, where everyone comes to use the computers for everything from research to banking to job hunting and social networking. In California, the Orange County Public Library is turning to desktop virtualization to manage the widely varied needs of its citizens.&nbsp;

Personal computers have been fixtures in public libraries for years. But IT administrators in the private sector might assume that supporting users in the "Shhhh, be quiet" world of libraries is easier than accommodating them in the rough and tumble world of business.

Please don't tell that to Clyde Gamboa, who as director of information technology in Orange County, California, has responsibility for 1,000 desktop PCs in 32 library branches.

"Library users are very finicky," he said. "Video is one of the biggest use cases we have, and people expect it to look right. And people use the full suite of computer applications: Windows, Office and the internet. Lots of people do their banking on our computers, and small businesses use them to run their operations. It's all pretty demanding."

Not to mention that users expect the systems to work right when they sit down for a session -- even though the person who had just been in the seat might have deleted the Windows registry, either accidentally or on purpose.

All of which is why Gamboa's move to virtualize the Orange County library's computers should be of interest to any IT manager, anywhere; libraries are just like every other place where people depend on personal computers to get things done.

The short version of the story: The effort saved money, keeping county officials happy, and resulted in more robust machines, preventing a lot of noisy complaints from users.

The program began early in 2014. Orange County makes computers available for free in its libraries, on a first-come, first-served basis. Machines had been in place for five years, but as dual-core Intel systems with Windows XP and just two gigabytes of RAM, they were starting to become slightly long in the tooth.

When the county was due for a hardware upgrade cycle, Gamboa began to contemplate alternatives, and hit on virtualization. The practice is not yet common in libraries, but with Orange County also due for an upgrade of its already-virtualized business servers, Gamboa figured it was worth taking a look. "We knew that we needed PC replacements, and we didn't want to just keep doing things the same way," he said.

The cost issue was settled straight away: Virtualization would come in substantially below the cost of replacing all 1,000 machines, even with licensing fees included.

Making Sure it Will Work

Since Gamboa was worried about performance, he arranged for a small proof-of-concept test, which the virtualized machines passed with flying colors. "We tested them over and over, to make sure we were getting the same level of performance," he said.

If anything, Gamboa added, graphics and video got even better, in part because the entire system -- both the network and back end -- had been properly scaled for the number of users it would have to support.

And so the library made the switch. It went, for the most part, without a hitch. The existing PCs remained, but were repurposed to run as thin clients.

While Gamboa had been concerned about performance degradation, as it turned out, most users ended up having a more robust experience with the virtualized machines. "Acceptance was very good," he said.

And these aren't toy computers. They include Microsoft Office, full Web connectivity and such local services as USB support. The individual machines connect to the central office via MPLS running over fiber optic links.

The switchover wasn't without its hiccups. There was a slight problem, Gamboa said, with some of the library-specific "niche" applications that his office supported.  They weren't written to run properly in a WAN-style virtualized environment. While those applications needed coaxing to get them up and running, the most common software migrated without incident.

Virtualization also helped Gamboa solve two sets of problems that make managing PCs in a library environment much tougher than what would be encountered in an office.

The first is the need to make sure the computer is ready for each new user, regardless of what the previous user might have done with it. Most people use the machines the way they were meant to be used, said Gamboa, but there is always the small minority "that wants to see what they can do with it."

In the old days, a sufficiently degraded system would sit unused until tech support was able to visit it in person. Now, though, Gamboa simply maintains a single image of a virtual machine in the data center in the Orange County municipal building. The image is downloaded, fresh, every time a new user sits down. (Special software allows the computer to figure out when a session has ended and a new one has begun.)

And, of course, patches to software, like the weekly update of the Windows operating system, become a simple matter of making changes to that same single virtual machine, as opposed to checking in on 1,000 different systems. "Savings in staff time have been tremendous as a result," he said.

The other problem involved privacy. Gamboa said that many library users enter personal information on their machines without realizing it might be available to another user via cookies, temporary files or other paths. Virtualization eliminates that problem, since a machine is in effect wiped clear and reset every time a new user sits down at it.

Desktop virtualization has been such a hit in the Orange County library system that Gamboa said he is exploring new uses of the technology. High on his list: Providing mobile-device support for the library's staff members, who have been asking for it for a while.

Security and privacy had been among the concerns about allowing mobile access. But Gamboa said that would no longer be an issue with virtualization, since data would never leave the county's central computers.

Fortunately for library users, the money saved through virtualization – close to a million dollars -- was earmarked for one purpose only: Buying more books.