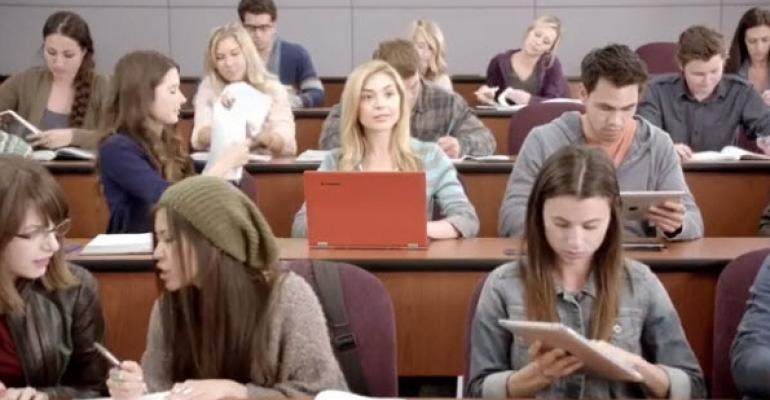 From Preschool to College, IT Leaders Turn to VDI

Schools and universities are turning to VDI for many of the same cost savings and efficiencies achieved in corporate settings.&nbsp;

Information technology touches every part of the modern economy, and education is no exception. Just in grades K-12 at U.S. schools, the Center for Digital Education, an IT firm, projects IT budgets to exceed $11 billion this year, with the average spent per student growing by 18 percent over the next seven years.

Schools and universities are under the same pressures as businesses to keep IT costs under control, and so they have been turning to Virtual Desktop Infrastructure for the same reason that many businesses have. Capital costs can be lower, administration becomes simpler, and the user experience, especially in areas like graphics, is as good if not better than what's possible with traditional machines.

To give a sense of the role of VDI in education, here's a look at three such efforts; two in the United States and one in the United Kingdom.

California Polytechnic State University (Cal Poly), on the central coast between San Francisco and Los Angeles, has made a name for itself for the hands-on training it offers its 22,000 students in a variety of scientific and technical areas. A key part of that education involves computer lab work, where students gain real-world experience with the sorts of tools they can expect to be using in their professional lives.

Recently, the school’s IT administrators were at a fork in the road. Many of the PCs in the labs had reached the end of their useful lives, and needed to be replaced to keep the school current with the technology being used in the real world. When they discovered that a traditional refresh cycle would cost upwards of $300,000, IT admins developed a Plan B: Keep as many of the machines as possible, but use them as thin VDI clients.

The university was able to convert 288 PCs to work as VDI clients, getting performance out of them that would have equaled or bettered what a brand new system could have provided. And the improved user experience also managed to cost less, as the virtual desktops saved the school $30,000.

The school is now working its way through all of its labs, moving to an all-virtualized architecture. IT officials like the easier administration of the VDI environments; students laud the quick response time and centralized data they get by doing away with scattered separate desktops.

Triple-digit growth can tax the resources of even the richest enterprises. It can be especially daunting, though, at public colleges and universities, which usually have to operate within tight budgets doled out by parsimonious legislators. Imagine, then, the situation at Northern Arizona University, where enrollment in the last 15 years has grown a whopping 220 percent. Now, nearly 30,000 students are enrolled at 30 NAU facilities around the state. As is so often the case, the resources allotted to the IT department did not grow commensurately with the student body it needed to serve.

IT administrators responded by embracing virtualization, of both the server and desktop varieties. The PCs in traditional labs were replaced by thin clients, and the IT staff was able to push VDI into a few altogether new and innovative applications, such as specialized information kiosks and tutorial systems designed for the school's dentistry lab that allowed students to take pictures of their patients' teeth.

The school is now 80 percent virtualized, and the advantages have been legion. IT administrators have been able to slash the amount of time they need to spend on routine tasks such as setting up new PCs; in one case, 300 new systems were set up in just two hours. There have been other advantages. The VDI efforts allowed the university a significant reduction in the number of servers, with accompanies by savings in power and cooling expenses.

Next up: Getting the mobile phones that are now de rigueur for students to be full-fledged members of the campus VDI, just like traditional PCs.

Busy Bees is one of the United Kingdom's largest educational institutions. It works with preschoolers, more than any other outfit in the country. But the fact that its students aren't yet using complex business software doesn't mean that the enterprise doesn't have significant technology challenges.

The nursery-school provider runs more than 225 facilities around the country, all of them working to achieve the high standards the 31-year old operation prides itself on. But a series of acquisitions meant a bout of rapid expansion that had the IT department struggling to keep up. The number of PCs that needed support across its hundreds of facilities swelled to more than 1,000. The server room had 35 machines in it, and simply keeping it adequately air conditioned proved to be a challenge.

The answer emerged through an intelligent rollout of VDI. Those 35 servers were reduced to 6. And while there were 14 times as many desktops to support as had existed before, the IT staff only needed to expand by three-fold, with no drop-off in support levels.

One reason for the increase in desktops is that thanks to virtualization, most any kind of end device, including PCs that might have otherwise been slated for the scrap heap, could become a virtual machine. This allowed staff members to access their desktops from wherever they happened to be, a feature that teachers who only occasionally needed a computer's services especially liked.