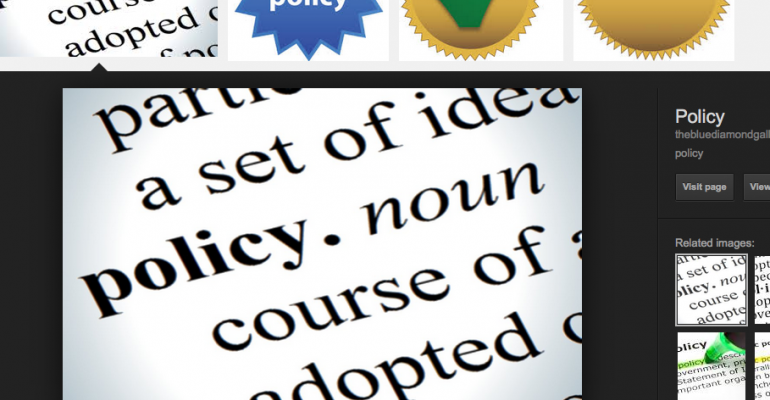 Making the best use of converged infrastructure not only requires changes in processes, but in policies and standards.

While the benefits of converged infrastructure are undeniable, so too are the changes this type of infrastructure can cause to a typical data center. No longer, for example, does IT staff have to spend weeks collecting requirements, sizing, planning, procuring equipment, deploying and testing when servicing a new application or requirements. Instead, the process is streamlined and much faster.

In the world of converged architecture, each system has a finite capacity, and the way to increase capacity is by adding another unit of infrastructure. In traditional federated deployments, whatever is the weakest link—storage, compute or networking—can be upgraded independently from the other resources. That means that policies should look at converged systems based on workload and performance metrics--slightly different from traditional capacity planning approaches that plan via individual resource consumption. Some even recommend implementing a type of “reservation system” to maintain control over capacity requirements.

Because converged infrastructure scales so much more quickly, it also makes sense to rework the thresholds and trigger events that determine lead time for provisioning more resources.

2. Operating and maintenance procedures: While maintenance is always complicated, it’s a bit easier to schedule in a legacy environment where storage, compute and network resources are completely separate from each other. In a converged environment, it’s important to coordinate operating procedures related to maintenance, since server, storage and network staff and technology are all working closely together. This requires clearly defined and controlled policies that include prioritization and authority.

3. Change management: Change management processes should be reworked to ensure that they can keep changes being made to one pool of resources from affecting others. Without these policies in place, a configuration change to something at the virtual server level could impact storage capacity for something else.

Before undertaking any of these changes, review all business processes and corporate goals. By mapping those processes and goals to the new data center environment, the most important changes will rise to the top. Once these changes have been made, it’s also important to revisit them each time a new business goal or new technology architecture is implemented.

Converged Architecture Security: Administration Is a Key Concern
May 17, 2016

5 Use Cases for Better Converged Infrastructure Economics
May 18, 2016