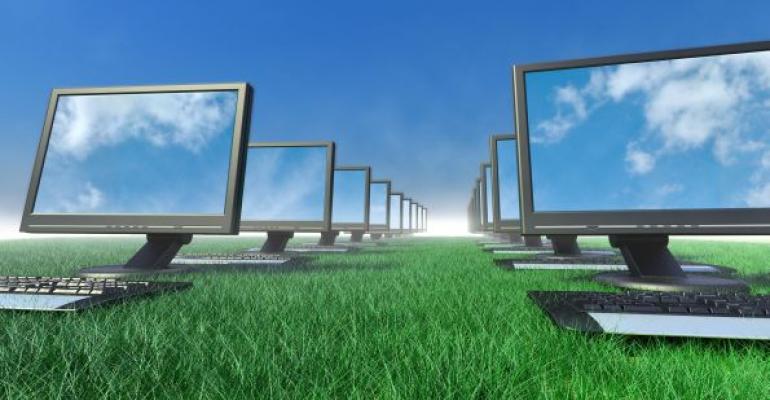 The desire to personalize a computer -- perhaps with a family photo as the wallpaper -- once conflicted with the need to keep virtual desktops generic. But management tools now allow for the personal touches that employees prefer.&nbsp;

To do their jobs well, IT administrators, whether they realize it or not, need to know about human nature as much as they need to know about the latest SSD throughput speeds. Specifically, they need to understand that desktop workers who change their wallpaper to show their two-year-old's birthday party will be quite upset if they come back the next morning and find that it's been taken down.

It is only natural to want to put some personal touches on one's environment, no less so with a PC desktop. Sometimes, the changes are largely emotional, like a desktop background; sometimes, they are more work-related, such as when data files are arranged in a way the desktop user finds most intuitive.

"Those elements of customization that you and I have made to our PCs are direct contributions to how we want to make a productive workspace for ourselves," said J. Tyler Rohrer, co-founder of Liquidware Labs. "Even if they seem small, like the arrangement of my icons, every one of those elements represent goodwill that I have built into my PC. They are part of the very nature of personal computing. And I don't want them to go away every time I log in."

Unfortunately for some of the early users of virtualized desktops, those changes did go away every time they logged in. At least until companies like Rohrer's came along.

Liquidware Labs is one of a handful of companies in what is sometimes called the "User Environment Management" business. Along with the likes of AppSense, Norskale, RES, Scense and Tricerat, these companies have become an important part of the VDI ecosystem, and have done a great deal to hasten the adoption of VDI technology at a growing number of enterprises.

Allowing users to personalize their desktops – while making it easier for administrators to manage the growing sprawl of virtualized clients -- plays an important role in VDI's success.

Windows was originally designed for a single user on a single machine, so changes made to Windows settings were stored on files located on that machine. To deal with Windows sessions that occurred over a network, Microsoft created a technology called Windows Roaming User Profiles. But the tool was regarded as difficult to use by many IT professionals, and its adoption rate was low.

So some of the earliest VDI users could spend time personalizing their PCs during the day, only to find all the changes gone when they logged in the next morning.

"It was like Groundhog Day," said Rohrer. Users, he said, were extremely frustrated, so much so that IT administrators began to say that until better "profile management" tools became available, VDI would never reach its full potential, outside of "task worker" niches like call centers.

To deal with the issue, a number of companies hit on essentially the same strategy: Abstract away all personalization features in a separate set of files, one for each user. Upon login, layer those files on top of a generic operating system, and, like magic, little Johnny's birthday party pictures come back every morning.

"That development was the tipping point that allowed VDIs to go from being an interesting-but-niche solution, to the broadly-based technology we see today," Rohrer said. "It was the holy grail that helped VDI deliver on its promise."

A Favorite of IT Leaders

As it happens, preserving personalization is only half the story of why User Environment Management took off. Another reason for its success was that it had powerful backers in the IT department, who also saw how it would make their jobs easier.

For example, in the early days of VDI, said Rohrer, it was common for end users to have administrative privileges on their machines. That's a recipe for disaster, but one easily eliminated courtesy of the IT-oriented tools that come with the software.

Ultimately, these software packages became just as valued by IT departments as end users, since they allowed for central control of issues that had previously been vexing -- everything from printer assignments to security settings.

Today, says Rohrer, more than 90 percent of all big VDI installations use some form of UEM tools.

And that number is likely to grow, as what started out as a simple "profile management" tool has evolved along with VDI itself. For example, said Rohrer, many in the industry today are talking about "application layering," the ability to quickly give users access to an application without having to actually install it on their machine.

Functionality is expected to continue to evolve. Rohrer predicted the UEM software would eventually need to deal with trends like "containers," which are a new way of packaging applications. Another target, he said, will involve helping desktop virtualization make the migration to the cloud as UEM vendors work to help their customers keep up with fast-changing technologies and user preferences.