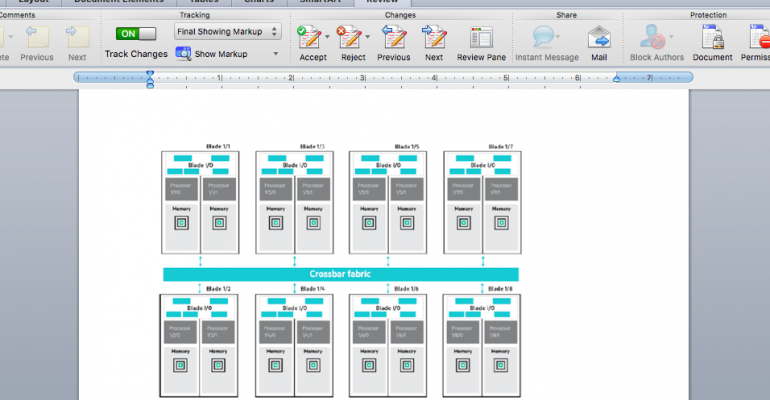 An Overview of the HPE Superdome X Architecture

The system&#39;s features combine to provide an excellent platform for virtualization and mission-critical database implementations.

Designed for maximum enterprise-level performance and availability, the HPE Superdome X uses a unique architecture that enables extreme scalability, core system reliability and workload partitioning. All of this makes it an excellent platform for virtualization and mission-critical database implementations.

The HPE Superdome X enclosure can accommodate up to eight HPE BL920s Gen9 server blades. Each HPE BL920s Gen9 blade can have two sockets that support Intel Xeon E7 v3 or v4 processors. In its maximum configuration, the HPE Superdome X can support up to 384 cores and 24 TB of memory, enabling it to provide the scalability, performance and low latency that your enterprise-level OLTP, decision support and business processing workloads require.

The HPE Superdome X employs a modular system architecture. The most basic building block is the processor and its associated socket local memory within each server blade. Each processor has an embedded memory controller that provides extremely fast access to local memory. An HPE Superdome X server fully configured with eight server blades installed into a Superdome X enclosure will have the server structure that you can see illustrated in Figure 1.

In Figure 1 you can see that processors in each blade are combined in pairs, and they are connected using Intel QuickPath Interconnect (QPI) links. Communication among server blades takes place over the HPE crossbar fabric. To ensure maximum reliability, the crossbar fabric is completely fault tolerant. The HPE Superdome X utilizes a non-uniform memory access (NUMA) architecture for high-performance multiprocessing. The NUMA architecture reduces the latency for any given processor to access memory by prioritizing access based on the location of the processor socket and the memory DIMM. The time it takes for a memory transaction to complete using the interconnect fabric is longer than the faster access to memory that is local to the socket.

Built using a blade server architecture, the HPE Superdome X does not have any local storage. The operating system and all other storage is delivered via Fibre Channel attached storage. For mission-critical workloads, HPE recommends HPE 3PAR StoreServ 8450 storage. The HPE 3PAR StorServ provides six-nines of availability. It is available in an all-flash configuration, and it can support multiple types of workloads, including heavy I/O transactional applications, large sequential access data warehouse workloads or a combination of both. Data protection can be enabled using backup to HPE StoreOnce appliances.