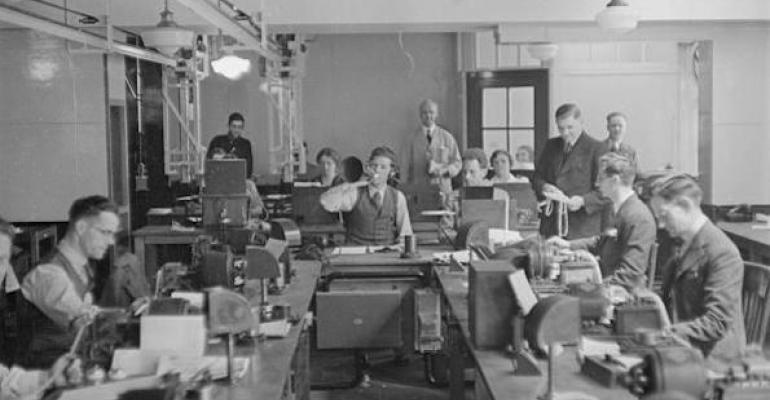 ​Providing ways to empower employees in the enterprise to collaborate has always presented quite the challenge.  In the past, as IT Pro’s, we have provided users with numerous types of software and capabilities to help spark dynamic collaboration. The sheer number of options that users have at their disposal these days is causing quite the disruptive force within the enterprise.

Users are collaborating through the use of social media platforms like Twitter, LinkedIn, and even Facebook. The rise of live video streaming capabilities like Periscope has brought the video medium front and center. The choice of communication mediums now seems endless.

Tools and the technologies that we adopt in the enterprise should help us to work smarter and empower users to achieve higher levels of productivity. I would argue that the use of Office 365 Groups has achieved exactly that after attending the Microsoft Ignite conference last week. Microsoft made the point abundantly clear that Groups are now the glue that can bring users, business information, and enterprise applications together to increase productivity.

Within the typical enterprise, many different applications like Outlook, Lync, and SharePoint document libraries are used to collaborate on projects. Groups have been created to provide an easy method to aggregate all the countless emails, documents, and IM’s that employees create while also providing the connection points to easily find this valuable information.

A newly created group will provide an inbox for a central repository of email around a project, group-calendaring functionality, a document repository in OneDrive for Business, and a shared OneNote notebook. The introduction of the Dynamics CRM workload was introduced during Ignite as well to further show how Groups are evolving. The Yammer and Delve products are soon to follow as well according to information released at Ignite. Microsoft has provided an API so that additional line-of-business workflows can be introduced into existing Groups. Since there are SDK’s for several platforms already released, developers can now pick the environment of his or her choice.

One of the great features about Groups is that they are based on a self-service model and allow users to join automatically; this means that a user that is new to a project can join a Group and catch up on all the vital information that has been shared from other team members to date.

All actions within the Group are actually executed against Azure Active Directory. This means that there is only one master identity and allows for a really simple synchronization workflow since there is only one step! When a change happens in a Group, like a user is added, that change is broadcasted to all the other workloads like Exchange and SharePoint Online through a mechanism called “FwdSync.” The ability to restrict synchronization to a single direction ensures that workloads do not have to worry about an additional layer of complexity.

During Ignite, new PowerShell cmdlets were also introduced that serve to round out the management story since only the Office 365 admin center could be used before. The additions of these cmdlets (*-UnifiedGroup) provide a robust way to manage your Group infrastructure.

Groups seem to be a welcome addition to the Office 365 collaboration story. The true extensibility has been put on display by effortlessly adding new workloads such as Dynamic CRM into the service thus enticing developers to produce new applications for Groups.

Are groups the replacement for distribution lists and public folders? Time will tell, but Microsoft is certainly making a strong case.

Justin Harris is a Microsoft Certified Master on Exchange Server and a Microsoft MVP for Exchange Server.  Justin is a Senior Solution Architect with Binary Tree where his primary responsibility is engaging with customers around their migration needs. Justin can be found on Twitter at @ntexcellence or on the web at http://www.ntexcellence.com