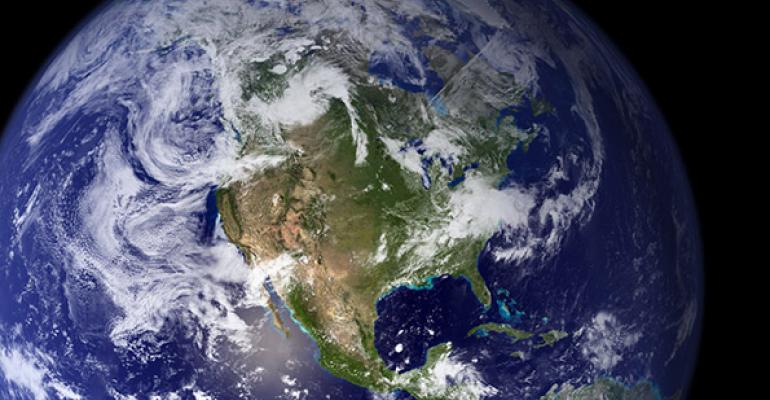 From Lebanon to Jinchang: The Global Reach of VDI

From its beginnings among Silicon Valley early adopters, desktop virtualization is now a global solution.&nbsp;

There are many ways of evaluating the extent to which a technology has reached a "critical mass" of success, but one of the most revealing is to see its geographical distribution. The more places around the world that one can find a particular platform, the more likely it is that the technology in question isn't some regional favorite, but instead offers all of the advantages needed for it to reach "escape velocity" and find a global following.

That's certainly the case with Virtual Desktop Infrastructure. In the beginning, it could found mainly on the premises of Silicon Valley early adopters. Today, though, its popularity is worldwide. For proof, one needs only attend one of the trade shows of the major VDI vendors and look at those attending.

Here are some examples of how VDI has conquered the planet.

The Holy Spirit University of Kaslik in Lebanon has a technology program on a par with institutions anywhere in the world. For one thing, the university's IT department doesn't just use software; it writes that software itself, and has an in-house library of more than 70 custom applications. Those applications are used by the university's 8,000 students, who are spread out over four campuses.

While the university has been an early adopter of virtualization -- it began moving to the technology in 2008 -- it recently decided to up its commitment. Architectural students rely on graphically-intensive programs like AutoCAD, and so when IT officials decided that they, too, should work in VDI, they needed to make sure that the system they created for the future architects would have the requisite visual oomph. They ended up building a system that relied on servers from HP and graphics coprocessors from NVIDIA, the latter optimized for virtualized environments.

Students accessed the system via tablets and were happy with the arrangement, which allotted each of them 16 gigabytes of RAM and 1-2 gigabytes of dedicated VGA per user. While there was no decline in student productivity, several other metrics plummeted, notably energy consumption. Where a single class previously required 30 workstations each pulling 500 watts of power, an entire class now runs on a single server.

The Future Group is one of India's major retailers. Located in Mumbai, it's actually a conglomerate that operates several chains of stores in 170 cities across the sub-continent. Some of the largest are supermarkets like Big Bazaar and lifestyle stores such as Brand Factory. Each year, more than 300 million shoppers walk into a Future Group outlet; the company employs more than 30,000 people and was for a time opening 10 new stores a month.

The company is making solid progress in migrating its corporate desktop workers to VDI. The IT managers at the company say they are happy about the added level of security it brings to their operations, since sensitive corporate data remains centralized and protected. And since Indian white-collar workers use mobile phones as much as those in any other part of the world, virtualization allows them access to their desktops even when they are on the road.

Jinchuan Group is a mining company located in China's Gansu province. Its products include copper, cobalt and platinum, but Jinchuan is best known for nickel. Producing 90% of China's nickel -- 130,000 tons a year -- it's known as the "Nickel King."

The company is slowly establishing offices all around the world. Its main satellite operation is in the coastal city of Shanghai, which is the company's exporting center, more than 1,300 miles away from its headquarters in Jinchang city.

Jinchuan executives needed to keep in touch with its Shanghai employees, but were hamstrung by two factors: Limited Internet connectivity, and a hodgepodge of an IT infrastructure that in some cases was still operating in the fax era.

After seeing a VDI demonstration in Australia, IT officials at Jinchuan decided to migrate to their own, one based on thin clients from HP. The company was able to run not only traditional Windows productivity applications, but also a number of specialized trading programs that it relied on for its mining operations.

As IT administrators everywhere have discovered, VDI has been a win-win for Jinchuan, as it allowed for centralized control of information while simultaneously giving employees control over their desktops. The CFO was happy, too, because expenses over the first two years were 30 percent to 50 percent lower than what would have been required for a more traditional desktop rollout.