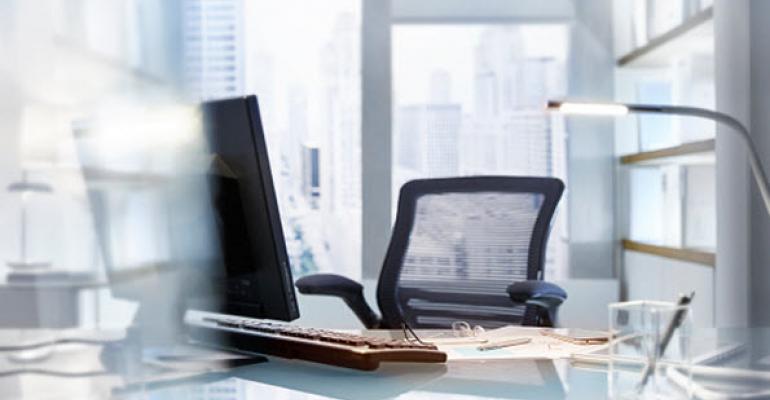 Lessons learned from a series of wide-ranging interviews with two dozen IT managers who work at everything from Fortune 500 companies to small government departments. The interviews revealed a nearly universal awareness of the benefits of a Virtual Desktop Infrastructure, along with a healthy percentage of companies who have adopted it.

While the advantages of desktop virtualization, like increased security and easier support, have been known for years, many IT departments have been reluctant to adopt the technology, mainly due to concerns about cost and performance.

But that's changing fast. And new generations of hardware and software solutions deserve the credit.

Those are among the lessons learned from a series of wide-ranging interviews with two dozen IT managers who work at everything from Fortune 500 companies to small government departments. The interviews revealed a nearly universal awareness of the benefits of a Virtual Desktop Infrastructure, along with a healthy percentage of companies who have adopted it.

While a few of the IT bosses said they simply weren't interested in VDI, the number of holdouts is shrinking. And perhaps most significantly, managers who had previously been resistant to VDI are giving it a second look.

A perfect example is Stephen Agar, an IT manager responsible for 5,000 desktops at AutoZone, the Memphis-based auto parts retailer.

"We looked at it a few years ago, and when we figured out all the hardware costs and licensing fees, the numbers just weren't there for us, especially with desktop computers being so cheap," Agar said. "But that's all changing. And since the advantages of virtualization are very compelling, we're taking another hard look right now. What we're discovering is that the economics are close to being in place."

VDI Breaks Out of the Call Center

New hardware and software solutions are helping VDI expand out of its original home in the call center, and spread to the much bigger population of white-collar "knowledge workers."

This is a much larger collection of desktops; it includes not only the many people who spend their days in Windows productivity apps and online, but also power users, such as those requiring high-end graphics capabilities for engineering and other design projects.

In the past, these users often balked at virtual desktops because they were simply too slow, with back-end server chokepoints in graphics and storage getting much of the blame for the latencies. New generations of products, though, have eliminated those sorts of performance concerns. IT managers now cite a range of advantages:

What They Were Thinking in Vegas

To assess the state of the transition to VDI, we walked the aisles of HP Discover, held earlier this month in Las Vegas, holding open-ended and wide-ranging discussions with a good cross-section of IT managers.

A common theme was that VDI will be doomed to failure if its back-end hardware is treated as an afterthought. Cullen Rea, a senior infrastructure engineer for Dublin, Ohio-based IGS Energy, said he knows of workplaces were IT administrators assumed they could simply cobble together unused servers and get a properly-functioning VDI setup that served the needs of its users.

"That approach never works," he said. "Everyone wants to try out virtualization. But if you don't have the hardware to support your users, the system will really bog down."

Rea mentioned storage and graphics as the server bottlenecks that most often frustrate end-users.

The conversations also revealed that you also can't be putting out major IT fires while simultaneously planning a VDI conversion. At United Airlines, for example, IT managers have had their hands full for the last few years integrating the computer operations of Continental Airlines after the merger of the two carriers. "We started with disparate data centers, and have spending a lot of time trying to get everyone on the same page," said Mark Kreklow, a principal engineer with Chicago-based United. "Virtualization is definitely on our radar, but we just haven't gotten there yet."

Many others, though, are making the move.

John Van Dam, IT director at EOS, a Toronto-based debt collection company with 150 desktops, said that when he last looked into VDI three years ago, he balked at the expenses, especially for software licensing. But those have since come down, he said, as software makers adopt new pricing schemes designed to support virtual environments, and EOS is moving to VDI in phases. The main reason, said Van Dam, is the ease of Windows deployment without physical desktops.

Rich King, executive vice president of healthcare at Paragon Development Systems in Minnesota, is also among the VDI converts. He says the technology is "coming on very quickly in the healthcare industry," especially as the cost of client devices, such as laptops and tablets, continues to decline.

King said the VDI feature most appreciated in his industry is its ability to support mobile users, which in the case of healthcare means doctors and nurses constantly "roaming" from room to room in a hospital. VDIs, said King, not only manage the connectivity, but can also support the strict privacy requirements of the Health Insurance Portability and Accountability Act, better known as HIPAA. "We need to have secure, persistent sessions that move as the doctor or nurse moves from one patient to the next," King said.

A key issue before embarking on a VDI conversion is to predict the return on investment, said Tom Mowchan, who has overseen many such projects as system solution architect for Applied Computer Solutions, a large Northern California-based reseller.

Mowchan said those managers incapable of looking past the initial capital cost need to understand the operational improvements that can occur. "Because there are so many areas that virtualization touches, there are so many opportunities for businesses to innovate," he said. "You'll be finding all sorts of new ways to do things."

That point was echoed by Darrell Campfield, with Broadridge Financial Solutions, a financial services company. Broadridge is redesigning its office floor plan to replace fixed cubicles with an open, flexible arrangement in which employees group themselves according to whatever project they happen to be working on.

Desktop virtualization facilitates that sort of mobility, Campfield said, by easily allowing logins from multiple locations; it also encourages employees to think about their jobs in new ways. "You don’t want people anchored to their stuff," he said. "You want them to move around. And you want them to work wherever they are comfortable, but without being a security risk."

Not Necessarily for Everyone

Of course, it's important to know when VDIs simply won't work. Fred Railing, senior system engineer at Victaulic, a 90-year old manufacturer of valves and coupling in Easton, Pennsylvania, has been rolling out virtualized desktops for the past year, at the moment mainly to support workers in Europe and China. But it won't be for everyone, he said. As a supplier of "traditional" industrial parts for the construction industry, "A lot of our sales people go to places that just don't have connectivity."

Indeed, with when it comes to installing VDI a knowledge of human nature can come in as handy as technical savvy. Autozone's Agar said that while it's important for users to like the computer resources they are assigned to work with, some might not cotton to the idea of all of their processing happening in some remote data center. "Many users like to have 'their' computer right in front of them. Even though it's a company asset, they still see it as 'theirs.' "

Overall, it was clear from the interviews that VDI implementation will continue to increase, to the point where virtually all desktops will have been virtualized.

It's one of the many significant changes occurring now in enterprise IT, and that range of changes can make it hard to focus dollars and attention, said Fred Aker, who is responsible for 150 desktops as an IT manager for the Nevada Supreme Court.

Desktop Virtualization Realized is underwritten by HP and NViDIA, and is editorially independent.